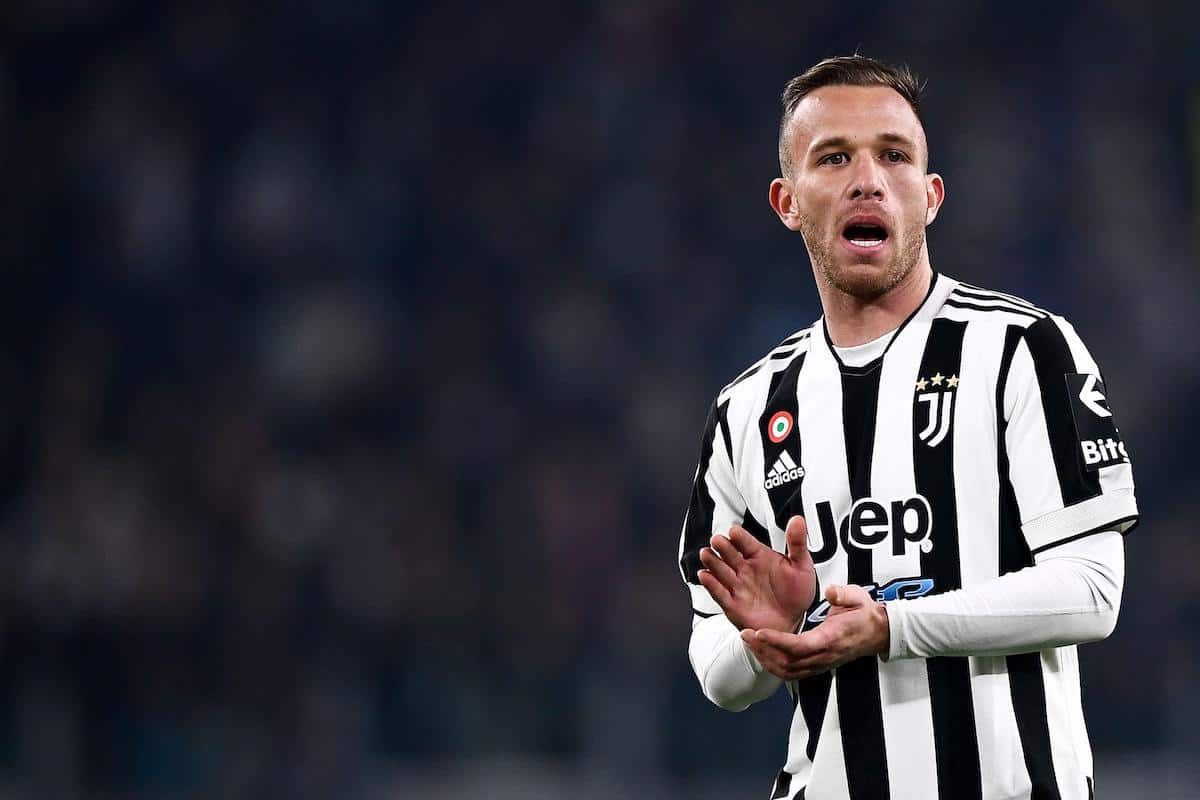 Liverpool are expected to sign Juventus midfielder Arthur on loan on deadline day, leading to much happiness and relief from some Reds fans.

Jurgen Klopp is tackling a midfield injury crisis at the moment, with Jordan Henderson joining Thiago, Naby Keita and Alex Oxlade-Chamberlain on the sidelines.

The need for a new signing on deadline day is undeniable and it looks as though Liverpool are acting, with Arthur on the verge of joining on loan for the rest of the season.

The 26-year-old Brazilian was once a highly-rated at Barcelona and will hopefully add some much-needed quality and depth in the middle of the park.

These Liverpool supporters took to Twitter to react to the news.

There was much positivity and relief at the news…

Arthur is ranked in the 97th percentile in Europe's big 5 leagues for pass completion %, and in the 83rd percentile for progressive carries p/90mins.

Henderson is in the 69th percentile for progressive carries (4.4 p/90). Elliott (5.8) also in 83rd percentile. pic.twitter.com/8awc7TCbOH

You can see what they’re trying to do, with a stylistic stop-gap for Thiago injuries. The issue is that it’s not just his playing style that mirrors Thiago’s, it’s also his injury record pic.twitter.com/WI0z9jei0n

Arthur Melo looks tidy on the ball. Midfield suddenly looks a bit stronger if he can play LCM.
Thiago, Arthur, Fabinho, Elliott, Keita, Jones, Henderson, Milner. I'd argue we need backup for Fabinho, as I just don't think Henderson has the positional sense to be that.

If fit, Arthur Melo will be a great asset for Liverpool. Terrific on the ball and glueing a team together. His main struggle has been injuries.

Arthur is really good on the ball, though, isn't he?

I like Arthur. Very good passer of the ball. Injuries a bit of a worry but it's a loan so that's fine.

Hopefully he's one of two.

So Juve signed Melo for 70 mil? And now they're sending him out on loan?

Arthur Melo to Liverpool. Wow! Listen, that guy is an exceptional footballer.

Stylistically, he's just like Thiago, and that's *EXACTLY* what Liverpool need when considering the press resistance, pass volume and general 2nd phase qualities they lack when Thiago & Keita are out.

Some weren’t totally sold, however, with his injury record a worry:

Liverpool taking the whole 'find another Thiago' brief a bit too literal, loaning a player with exactly the same profile, who is exactly the same height, and who is just as likely to get injured.

Most of Arthur’s recent stats are… a bit yikes. Really hope that it’s mainly down to Juve asking him to do a very restricting role in the team.

Can he run? I don’t know many Arthur’s that can fucking run

5 years of squad planning excellence to an injured Arthur on deadline day because a midfielder got injured when 4 of them were injured already ? https://t.co/7v5DsNJ0yp

Arthur Melo on loan are we broke?