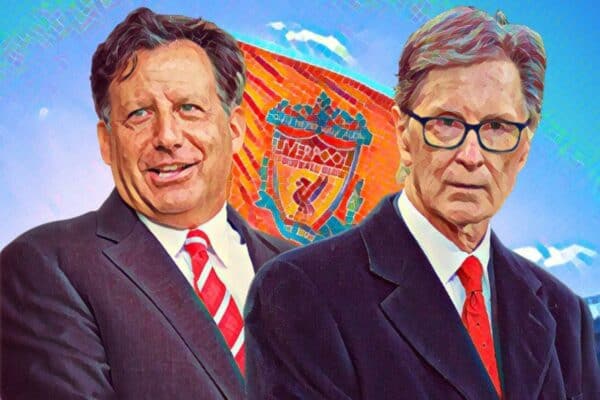 12 years of FSG at Liverpool: The good, the bad & the ugly

On October 15, 2010, Fenway Sports Group signed the deeds to take over one of the world’s biggest football clubs. It is fair to say it has been a bumpy but glorious road since…

Arguably the most divisive set of businesspeople in the club’s history, FSG have led Liverpool down a road featuring trophies and systematic failings in equal measure.

It is a period that has given us some of the happiest memories of our lives, along with the biggest frustrations.

Twelve years on and there are still plenty of unanswered questions; intentions remain unclear and ambition regularly finds itself under the microscope.

FSG are the biggest source of split opinions and in-fighting amongst the supporters in a generation.

FSG have unquestionably overseen the most decorated spell of Liverpool’s modern era.

They acquired control at the lowest ebb and followed a regime which threatened to take the club under; they were deemed, in some quarters, as a ‘saviour’.

During their term at the helm, they secured the services of the best manager on the planet and saw Liverpool win every major trophy in the process.

You can attribute the entirety of that success to Jurgen Klopp and it would be perfectly valid to do so, but the manager still needed appointing and FSG were able to tempt the German out of a well-earned sabbatical just four months in.

Away from the field, a state-of-the-art training facility and (as of next summer) two new stands have been built.

The club is in better shape from both sporting and commercial standpoints than it has been in decades, and the supporters feel more connected to the playing squad and staff than ever before.

Amidst all of the breathtaking performances and silverware enjoyed, however, there has been a stream of mistakes which have fractured trust between the hierarchy and supporters.

“I am once again asking for your forgiveness,” were the words of John W. Henry following the collapse of a breakaway European Super League, to which Liverpool had accepted an invitation.

It was the latest in a long line of PR disasters and arguably the most catastrophic.

In 2016, there was an attempt to increase the maximum ticket price to £77 in the new Main Stand, another decision which was reversed due to backlash from supporters, but ultimately it later transpired that lessons weren’t learned.

In 2019, the Intellectual Property Office rejected proposals from the club to trademark the word ‘Liverpool’, a move which would have left a damaging impact on small independent businesses across the city.

You don’t need a degree in Economics to figure out that the club’s financial strategy throughout the past decade has been to operate within its means.

It was an approach which received widespread praise while Liverpool cleverly negotiated a trajectory that culminated in a European Cup and Premier League title in successive seasons, particularly in the context of a world in which Man City exists.

When things aren’t going so well, however, the reverberations directed towards Henry and his colleagues can get a bit colourful.

There have been calls to replenish the midfield area for at least the last two summers, and the recent lack of creativity has amplified those concerns.

Klopp’s stance (at least publicly) appeared to shift on this during the transfer window, initially giving full backing to the players within his squad before claiming that he would prefer to “take more risks” as the window drew to a close.

A Twitter thread by the excellent Swiss Ramble back in March outlined that FSG were able to achieve a higher revenue growth than any of the top six clubs in the country.

This is an indication that, whether you approve of it or not, the club’s self-sustaining philosophy has at least served its purpose.

That same thread also indicated that having remained profitable and FFP-compliant throughout the impacts of the pandemic, Liverpool are still streets behind the likes of City and Chelsea when it comes to net outlay on first-team investment.

This is where the majority of supporter frustrations lie and potentially offers an insight into the manager’s psyche when he subtly lamented the lack of risk just two months ago.

Can the grass be greener elsewhere?

If the owners were to grant the wishes of their critics by selling the club, what would the reality of that look like?

FSG are far from perfect, but if you were to ask yourself what you really want from an ideal replacement then I’m not sure that person or group exists.

If they do, I’m even less sure that they’re in the market to purchase a football club.

Football is riddled with hypocrisy from top to bottom, but we cannot dispute the morality of City’s sports-washed riches and the way in which they conduct their business whilst longing for a similar set of circumstances at Liverpool.

Perhaps you don’t care where the money comes from so long as Liverpool are in the conversation to sign the world’s elite players, and if that is the case then perhaps you ought to take stock of what you are truly in it for.

If Liverpool were to be taken over by a state or an oligarch it would tamper with the very soul of the club we love, not to mention the fact that it is extraordinarily difficult to overthrow an entire football ownership group in the first instance.

The alternative may lie somewhere, but there are certainly no examples in the Premier League.

The Glazer family continue to asset-strip Man United with little to no consequence despite the best efforts of the supporters (whenever they’re not winning at least).

Klopp recently made comments regarding three clubs with financial superpowers and remarked that it is currently impossible to compete with them.

It is a system which works against 99.99 percent of teams in the football pyramid as things stand, but the gravitational pull of eyeballs towards any form of media that discredits Liverpool FC ensured that his quotes were allowed to be attached to claims of xenophobia unchallenged.

FSG aren’t by any stretch perfect owners, but simply displacing them with somebody who will place greater emphasis on squad investment is unfortunately not as straightforward as it sounds.

What we can do, as has been proven on countless occasions, is hold our owners to account.

Errors of the past have often been rectified, and if there is one thing we’ve learned from this tenure it is that our supporters have an inexorable voice when it comes to these things.