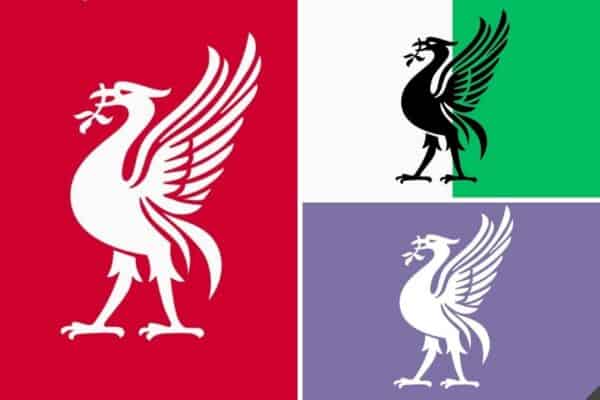 Details of next season’s Liverpool kits are already starting to emerge, with the colour schemes for all three of their shirts for 2023/24 leaked by a reliable source.

Less than three months into the 2022/23 season, information regarding next season’s Nike Liverpool kits is already starting to appear.

Indeed, Liverpool’s current third kit was only released in mid-September, with Jurgen Klopp‘s side only wearing it once to date.

Nonetheless, some are already looking ahead to what next season’s shirts will look like, with the colours of all three circulating online.

Kit source Footy Headlines have now published what they believe to be Liverpool’s colours for the home, away and third shirts next season.

Liverpool’s home kit for 2023/24 is believed to be a ‘gym red’ colour, combined with white accents for the crests and sponsor logos.

The Reds’ current home kit consists of two slightly different shades of red, with white only featuring on the club crest and sponsor logos. It will be interesting to see if the white on next year’s home kit is more prominent with a collar or any other patterns on the shirt.

The colours on next season’s away kit are said to be white and ‘green spark’, with the logos on the shirt in black.

Meanwhile, the third kit is believed to be a ‘space purple’ colour, with white used for the logos and possibly some other dark grey or ‘gridiron’ applications.

Footy Headlines compare the third kit to the one from 2013/14, which was the last time purple featured on a Liverpool kit, and also say there are similarities between the purple on one of this season’s goalkeeper shirts.

They add that the colour of the shorts and socks is not known at this stage.

None of the exact designs on the shirts are known right now, but it’s interesting to get an idea of what we can expect from next season’s kits.

Home, away or third? Which colours do you like the look of the most?