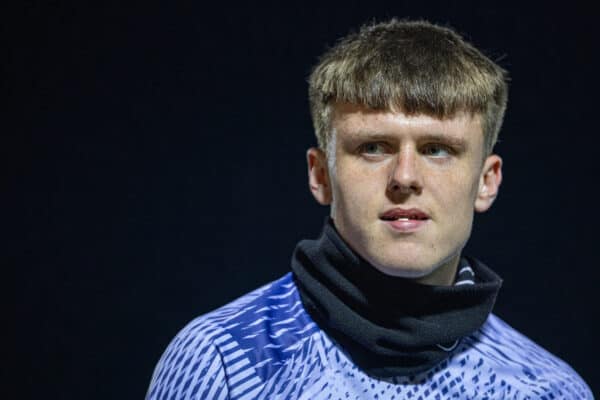 Doak had plied his trade exclusively in the academy prior to a call-up to the senior squad for Liverpool’s Cabarao Cup clash with Derby.

Two days before his 17th birthday, the winger came off the bench to produce an eye-catching cameo at Anfield, before being named on the substitutes’ bench for the Premier League victory over Southampton.

A first professional contract followed, with Doak then linking up with the Scotland U21s for a friendly against Iceland that could see him start alongside team-mates three years his senior.

It has been a rapid rise for the youngster, who had already debuted for Celtic’s first team prior to his £600,000 switch to Anfield, and Gemmill has spoken on attempts to “fast-track” Doak.

“It’s been a brilliant year for him, hasn’t it?” he told the Scotsman.

“I can remember watching him play for the under-17s earlier in this calendar year, and then obviously as a staff we decided to fast-track him to the under-21 level, to skip the under-19 level.

“It’s great to see that his club are also doing that too. Hopefully we have played a small part in that.”

Given his impact so far – including nine goals and seven assists in 15 games for the academy – it would be easy to get lost in the hyperbole when it comes to Doak.

There is still a long way to go for a player who will hope to eventually join the likes of Mohamed Salah and Luis Diaz in the Liverpool squad, but Gemmill is convinced by his “enormous” potential.

“I think everyone can see the potential, how he can influence games. His potential is enormous,” he said.

“But I would also add there are many hurdles to get over for him and he has to keep pushing, and his mentality and attitude have to be correct.

“Right now it is, but he has to continue and that’s the challenge.

“His club will play a huge role in that but we have to add to it too.

“So there is a big responsibility on us to give him an extra push and that extra opportunity.

“We did it with Billy Gilmour, we took him to Toulon (for the Toulon Tournament, where Scotland finished fourth in 2018). I think Billy was 16 and he won young player of the tournament.”