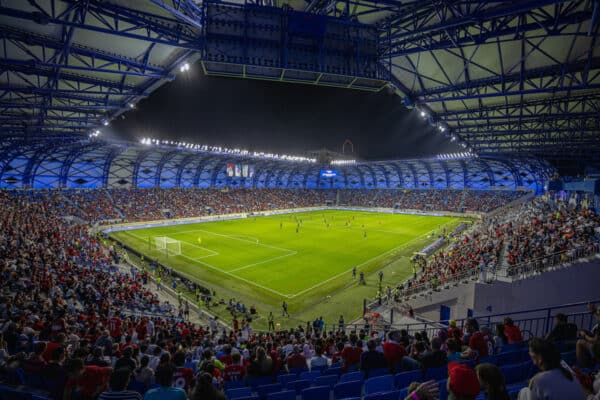 Liverpool’s second and final friendly in Dubai sees them meet AC Milan, who have a familiar face in their ranks. Here’s how to watch live around the world.

The Reds blew off some of their cobwebs last week against Lyon, with their long break for the World Cup finally coming to a close.

Jurgen Klopp was able to name a strong XI at the Al-Maktoum Stadium on Sunday and while the scoreboard read 3-1 in favour of Lyon, the result will not have been the primary focus for the boss.

Now, the Reds have one final opportunity to get back into their stride ahead of Thursday’s Carabao Cup trip to Man City, with AC Milan the opposition.

Stefano Pioli’s side currently sit second in Serie A, eight points behind leaders Napoli – and with ex-Red Divock Origi in his squad, we could be set for a reunion today.

Like Liverpool, Milan failed to pick up a point in their first friendly in Dubai, with Arsenal taking the honours in both the 90 minutes and the penalty shootout.

Liverpool vs. AC Milan is being shown live around the world on LFCTV, which is available to live stream with LFCTV GO here.

A full match replay and highlights will also be available on LFCTV GO after the game.

You can follow all the action today and throughout the 2022/23 season with us by downloading the This is Anfield app for iPhone and Android for free.