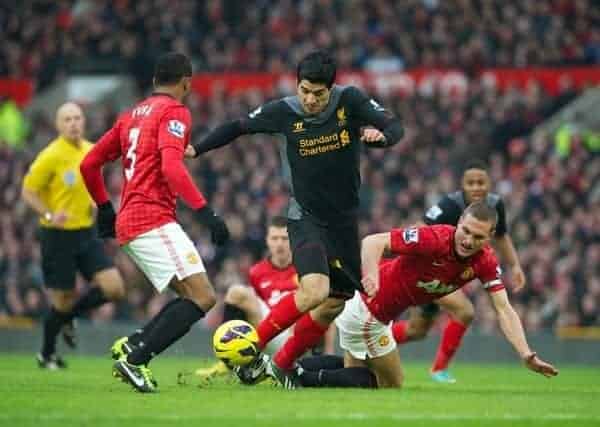 Liverpool will play away to Manchester United in the third round of the League Cup, with that game being the first time Luis Suarez will be eligible to play in following his suspension. The match will be played in the week of September 23/24.

Liverpool booked their place in the third round draw by beating Notts County 4-2 on Tuesday night at Anfield, after the visitors had forced the game into extra time.

Suarez will complete his ten match ban for biting Chelsea‘s Branislav Ivanovic in the Reds’ game immediately prior to the tie at Old Trafford – at home to Southampton on Saturday, 21st September.

The exact fixture date and kick-off time is expected to be confirmed by both clubs in the next few days.

The full League Cup third round draw is as follows: