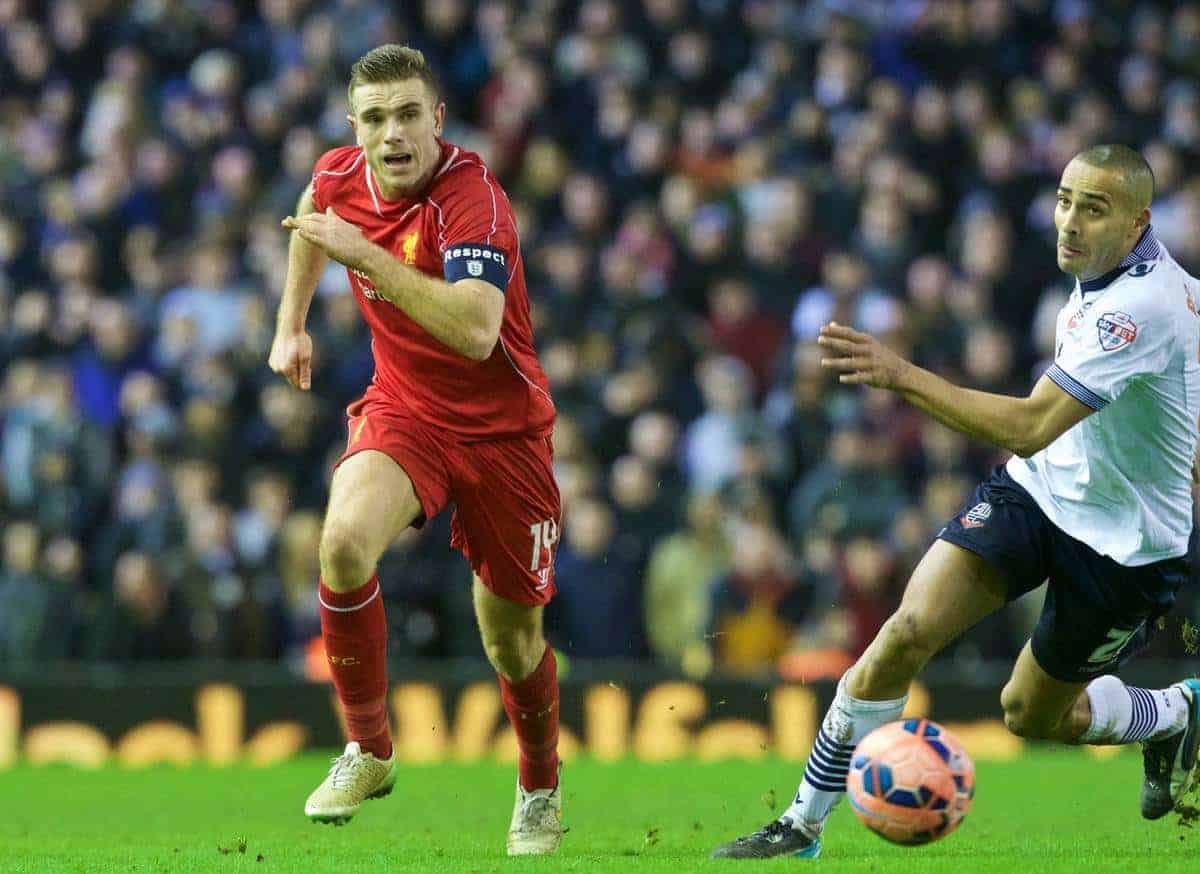 Liverpool vice-captain Jordan Henderson insisted it was vital the Merseyside club do not become another shock FA Cup fourth-round victim.

Having seen the Premier League‘s top three of Chelsea, Manchester City and Southampton plus sixth-placed Tottenham all lose at home to lower-placed opposition, the Reds were then held to a goalless draw at Anfield by Sky Bet Championship side Bolton on Saturday evening.

While Henderson said knowledge of those upsets had not affected the way they approached the match, they were still grateful to be in Monday’s draw for the next round.

“It was obviously a big shock for City, Chelsea and Tottenham to go out but the main thing is we are still in the competition,” said the England midfielder, leading the side in the absence of Steven Gerrard who was rested with the Capital One Cup semi-final second leg at Chelsea coming up on Tuesday.

“We’ve seen it for many years, lower league teams have beaten Premier League teams and Saturday was no different but we have shown good character to not lose the game and that is the main thing.

“We are a bit disappointed we didn’t win but we are still in the draw and are looking forward to the game on Tuesday.”

While Liverpool created a number of chances they were not clinical enough and also found goalkeeper Adam Bogdan in top form. The 27-year-old is out of contract at the end of the season and – having lost his place as first choice early in the campaign because of injury – Wanderers may struggle to keep hold of him.

However, manager Neil Lennon is hopeful a deal can be done and will have a meeting with Bogdan’s representatives in the next week in an attempt to get him to sign a new contract.

“It was a fantastic performance from our goalkeeper, which is what you need when you come away from home,” said the former Celtic boss. “We know Adam’s quality and I like his temperament. He had a great presence and he will have done his reputation no harm at all.

“We are very lucky in that we have two exceptional goalkeepers: Adam had a broken finger when I came through the door (in October) and Andy Lonergan has played sensationally.

“We want to keep him (Bogdan) – his contract is up in the summer – and we will sit down with his agent this week hopefully and try to resolve it.