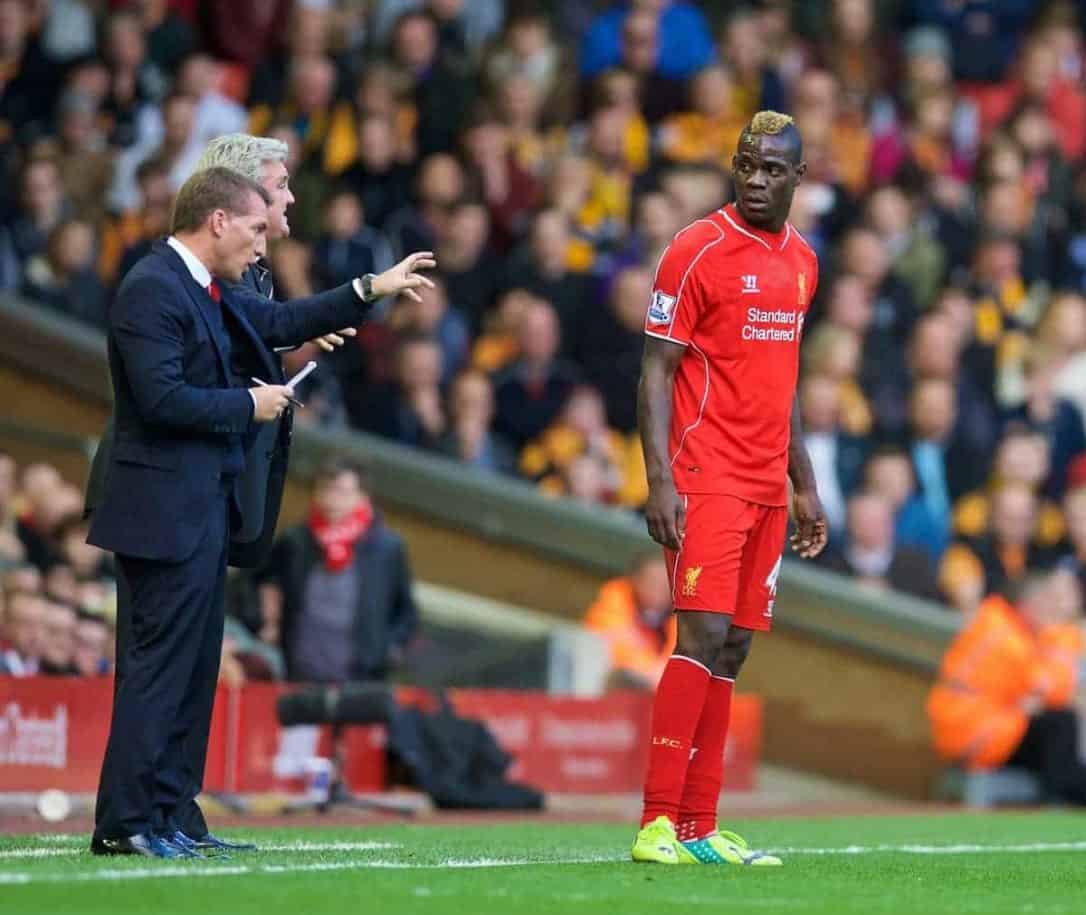 Liverpool manager Brendan Rodgers has again insisted Mario Balotelli does have a future at Anfield and expects him to fight for his place.

The striker’s position at the club again looks uncertain after he was left out of Saturday’s FA Cup fourth-round tie against Bolton for reasons of form and attitude. Balotelli has failed to make an impact since the Reds gambled £16million on his signing in August and has been linked with an exit during this month’s transfer window.

But Rodgers, speaking at a press conference to preview Tuesday’s Capital One Cup clash at Chelsea, said: “We will give Mario every chance. We brought him in here for this season to give him every chance to show consistently that he can play at a team consistently at the top level.

“It has been a difficult period for him – no doubt – but he is a good boy who does want to fight for his opportunity and chance here.

“I have seen some clippings this morning (saying) that that is him over with – but that’s not the case at all.

“I think (we) have shown here a number of times with players that have been out of the fold, for various reasons, that if they work hard in training, show the intensity and show the focus then they have every chance of getting back in the team – and not only getting back in it but staying in it.

“The opportunity is there for Mario, and for every player – not just him.”

Should Italy international Balotelli, who has scored just two goals for Liverpool, turn around his fortunes, he could link up in the side with returning star striker Daniel Sturridge. Sturridge is now back in full training after months of injury frustration and could even feature in the second leg of the League Cup semi-final at Stamford Bridge.

Sturridge has not played for the Reds since August and his return will be much welcomed, and Rodgers is not focusing on what his presence might just do for Balotelli. He said: “It doesn’t matter what Daniel does coming back. It is irrelevant.

“It showed in the Tottenham game that they played well together, but Daniel coming back helps the squad – and that’s everyone.”

Sturridge will now be assessed with a view to featuring against his former club Chelsea, but Rodgers will not jeopardise is recovery. He said: “He had his training session with the team yesterday, he trained very well. That was as comfortable as he has looked. I thought he looked back to normal. We will see how he feels today, but if he is not ready for tomorrow we won’t risk it.

“He has been out a long time and we need to make sure that he is ready and feels ready.”

Rodgers, meanwhile, dismissed a link with Bolton goalkeeper Adam Bogdan, who frustrated the Reds with a fine performance in Saturday’s goalless draw. He also said he is not anticipating much transfer activity before Monday’s deadline. “I don’t think so,” he said. “I think it will end up being fairly quiet for us. Unless something dramatic happens we will be as we are.”