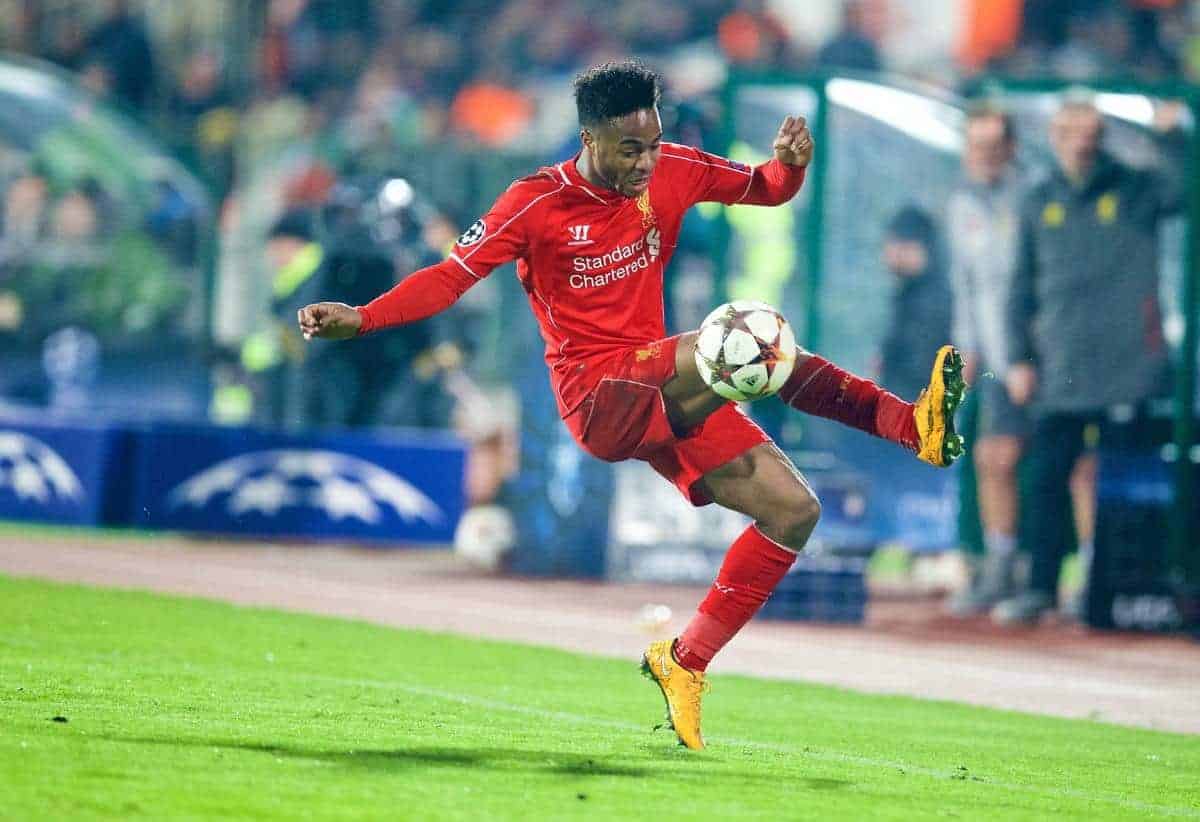 Raheem Sterling has been ruled out of tonight’s game against Tottenham, according to reports.

The 20-year-old was substituted late on in the Merseyside derby on Saturday and it’s that foot injury that has ruled him out against Tottenham, reports BBC Sport’s Ben Smith.

In Sterling’s absence, Lazar Markovic is expected to return to the side in a more advanced role alongside Philippe Coutinho, with Jordon Ibe keeping his place on the right side of midfield.

Daniel Sturridge is likely to make his first start for Liverpool since August.

Kick off at Anfield tonight is 8pm.