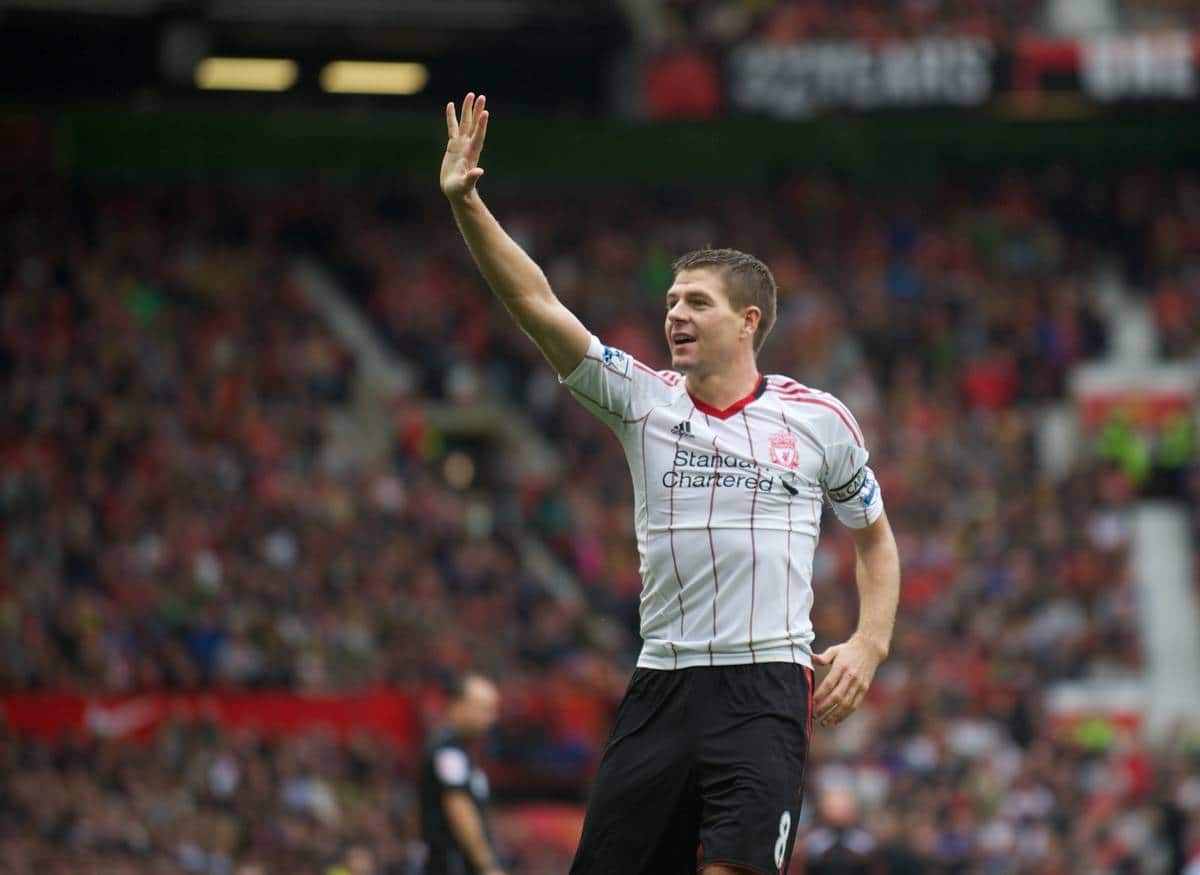 Liverpool host Manchester United on Sunday in a fixture which is likely prove crucial in the battle for fourth place. Here, Press Association Sport looks at some of the main talking points in the build up to the match.

Gerrard has enjoyed many tussles with United during his 17-year career at Liverpool, but he is no longer guaranteed a place in the starting XI.

The Liverpool captain was left out of the team that beat Swansea 1-0 on Monday, but came off the bench just after the hour.

Jordan Henderson and Joe Allen have looked good in the middle during Gerrard’s absence, so Brendan Rodgers is facing a dilemma. Does he give Gerrard one last crack at United before he departs for the MLS or stick with the midfield which has served him so well during the skipper’s absence?

ARE LIVERPOOL STRONG ENOUGH AT THE BACK TO COPE WITH UNITED?

That would have been a strange question a few weeks ago, when United looked weak in attack, but they were impressively clinical in their 3-0 win over Tottenham last weekend.

Wayne Rooney grabbed the headlines after his knockout goal celebration but Marouane Fellaini was equally as destructive during the match.

The Belgian, playing in the number 10 role, caused Spurs all sorts of problems with his height and strength and he took his goal superbly. Liverpool will have to keep him quiet to stop United.

WAS UNITED’S WIN OVER SPURS JUST A FLASH IN THE PAN?

Eight months after promising everything would soon click into place, Louis van Gaal’s team finally put on a performance last weekend that had all the hallmarks of a victory of the Sir Alex Ferguson era.

United played with pace, flair, width and brutality in front of goal against a team that is also fighting for a top-four finish.

The challenge for Van Gaal now is to ensure his team put on a repeat performance at the home of their bitter rivals.

WILL UNITED KEEP THEIR DISCIPLINE?

One of the key issues for Van Gaal in big matches like this is discipline. He thinks it is vitally important to keep all 11 players on the pitch.

Unfortunately for him, when United went to Manchester City last November, Chris Smalling did not get the memo. The defender earned a second yellow card in the 39th minute for a reckless tackle on James Milner and United lost to a City team which was there for the taking.

Angel di Maria was also sent off in the recent FA Cup defeat to Arsenal. Van Gaal will remind his players they need to stay on the pitch, but will they listen?

HOW DO YOU SOLVE A PROBLEM LIKE DI MARIA?

Di Maria missed the victory over Spurs because of his dismissal against Arsenal, and if truth be told, United did not miss him one bit.

Van Gaal’s team looked far more destructive with Juan Mata wide on the right. The Spaniard carved open the Spurs defence on many occasions and he relished his physical battle with Danny Rose.

Van Gaal has put a lot of trust in Di Maria even though his form has deteriorated rapidly since the end of September, but can he really drop Mata for the £59.7million man?