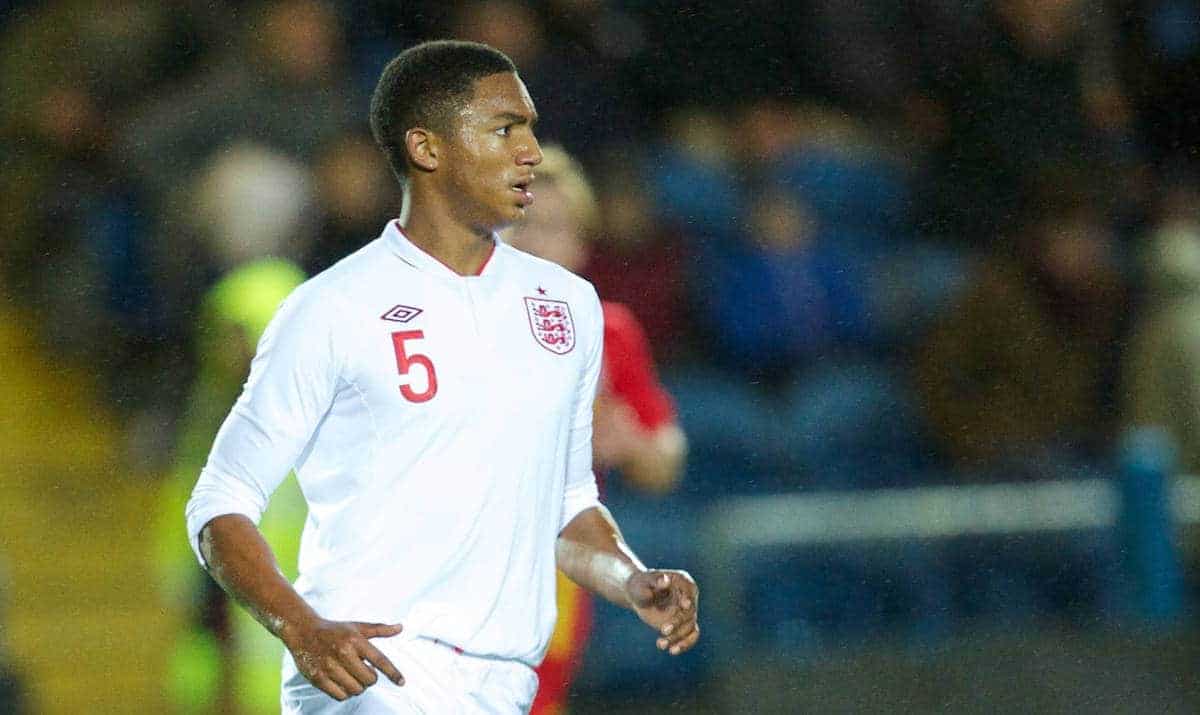 Gomez, the 18-year-old Charlton Athletic centre-back, will become Liverpool’s fourth signing of the summer, set to undergo a medical on Friday.

With an £3.5 million deal mooted, the Reds will fend off interest from Borussia Dortmund, Arsenal and Manchester City, among many others, to secure Gomez’s signature.

Gomez is clearly a very highly rated young defender, but haven’t Liverpool been here before many times?

The Englishman will have his work cut out for him on Merseyside to ensure he doesn’t repeat history under Brendan Rodgers.

For most Liverpool supporters, Gomez is a complete unknown.

Bursting through into the Charlton first team in 2014/15, he made 21 Championship appearances at centre-back, right-back and left-back, competing for a role with Roger Johnson, Andre Bikey, Tal Ben Haim, Chris Solly, Morgan Fox and Rhoys Wiggins.

Despite the experience of Charlton’s defensive group, Gomez shone as one of the club’s best players in a dismal campaign.

A tall, strong, versatile defensive option, blessed with great pace in recovery and a maturity in possession, Gomez told the South London Press in December: “I always looked up to [Rio] Ferdinand when I was younger because he was an English centre-back at the top level—plus he was a ball-playing one too.”

An enterprising character, Gomez concluded: “My ambition is just to play at the highest level possible, to be the best defender I can be.”

While statistically Gomez isn’t the most formidable, he certainly passes the eye test.

Back in May, Charlton manager Guy Luzon addressed Premier League interest in Gomez with a warning for the youngster:

“With all respect, Joe is not in the place to play at Arsenal or Manchester City. He is too young. He has a lot of space to improve.

“The right decision for him, and for us, is for him to stay and get more experience.

“This season he has not played all the games – the next step is next season when he will be one of our key players.”

Despite assertions from the 18-year-old’s camp that he is “confident he can prove himself worthy of Liverpool’s senior squad during pre-season at Anfield,” Luzon’s words represent more than a desperate manager trying to hold on to his most valuable assets.

Perhaps he has projected how Gomez’s life at Liverpool could pan out based on precedent.

The Life of a Young Centre-Back at Liverpool

Uruguay centre-back Sebastian Coates looks set to leave Merseyside this summer, to join Sunderland after a successful loan spell under Dick Advocaat in 2014/15.

This would signal an end to a four-year association with the Reds, and somewhat puts him out of his misery.

When Coates joined Liverpool in 2011, he was one of the most highly rated young centre-backs in world football. Coming off the back of Copa America success with Uruguay, in which he was crowned Young Player of the Tournament, Coates was lauded as “future captain of his country.”

As he prepares to leave Liverpool for Wearside, Coates will be watching Uruguay’s 2015 Copa America campaign from the bench. He made just 24 appearances for the Reds.

Another centre-back facing a tumultuous summer in Liverpool is Tiago Ilori. “I wanted to try to protect the present and the future of the club,” Rodgers said when revealing the double signing of Ilori and Mamadou Sakho in 2013:

“Centre-halves are so hard to find. You look at some teams and they have ageing centre-halves because it is a struggle to get a really good one. We were fortunate in that two became available, one that we had been tracking for a year in Tiago Ilori, a young talent but who can be a big talent.”

The manager concluded: “We had a chance to…protect the club for maybe the next 10 years and that is what we have done.”

Both Coates and Ilori joined Liverpool with considerable reputations, and with the latter wildly praised by Rodgers on his unveiling, but neither has been given a real shot at establishing themselves in the first team.

They’re not the only ones: Danny Wilson, Gabriel Paletta, Jack Hobbs, Daniel Ayala and Chris Mavinga have all come and gone in the last 10 years, seeing their young careers dwindle.

Under Rodgers, the likes of Coates and Ilori have been blocked by big-money signings such as Dejan Lovren—no marked improvement on Coates—or the grim endurance of Martin Skrtel and Kolo Toure.

The binary decision to hand both Toure and Andre Wisdom new contracts this summer seems an oversight only magnified by Gomez’s arrival.

But perhaps Gomez will be different.

If Gomez joins Liverpool this summer, a positive parallel to draw would be rivals Everton‘s acquisition of John Stones in 2013. [quote_box_right]Liverpool’s Recent Young Centre-Backs

Signed from Championship side Barnsley in a £3 million deal, an 18-year-old Stones spurned interest from the likes of City and Chelsea to join Roberto Martinez at Goodison Park.

He brought with him a blossoming reputation, having made 28 appearances for the club.

Stones’ arrival was something of a surprise, tacked on at the end of the January transfer window and with little build-up prior to its announcement, but that £3 million now represents a true bargain. [td_ad_box spot_id=“custom_ad_3″]

Now 21, Stones has made 44 Premier League appearances in the last two seasons, and was described by Martinez last season as “phenomenal,” and “a special player.”

Stones has the potential to be the best English centre-back to emerge since John Terry, and has presided over the end of Sylvain Distin’s Everton career with distinction.

Gomez will be a Stones-like gamble if Liverpool pay £6 million for him this summer, but perhaps he can do the same for 30-year-old contract rebel Skrtel.

Could Joe Gomez stake a claim to a first-team role under Brendan Rodgers at Liverpool this season? Let us know in the comments below.