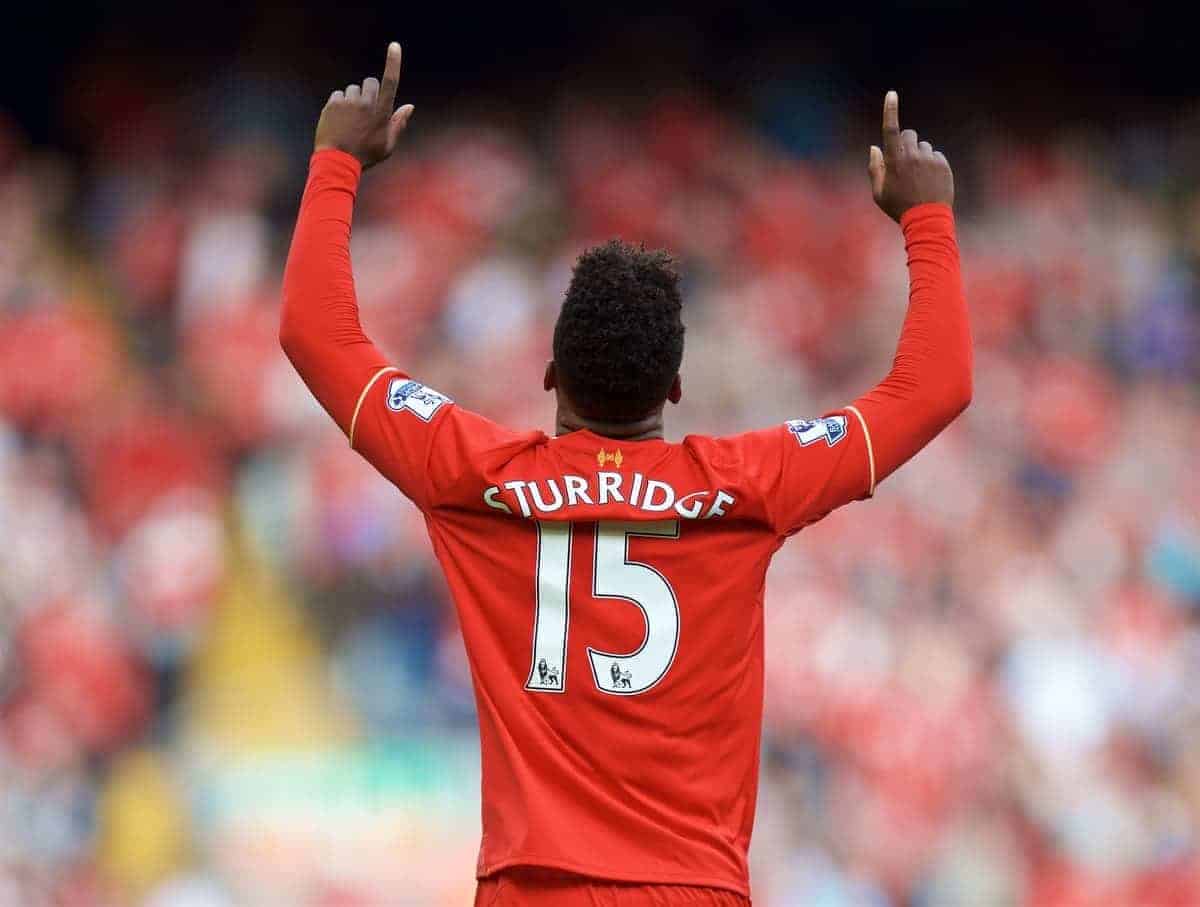 Daniel Sturridge inspired Liverpool to a 3-2 victory over Aston Villa on Saturday, with midfielder Lucas Leiva praising the two-goal hero.

Marking his second start of the season with a match-winning brace, Daniel Sturridge‘s Anfield heroics garnered praise from team-mate Lucas Leiva, who said the striker’s “quality is amazing.”

Sturridge scored two to secure a 3-2 victory for Liverpool at home to Aston Villa, with the 26-year-old producing a positive display leading the line.

But speaking to LFCTV after the game, Lucas said he wasn’t surprised by Sturridge’s intervention.

“We know what Daniel is capable of,” he said.

“He’s still not 100 percent in terms of fitness and sharpness and I think he coped really well today with 90 minutes.

“His quality is amazing, he can score goals and that’s what we were struggling with. I think it was very positive to get three goals.

“Of course we still have to improve in a few areas but working hard and winning games will give you the belief to keep going.”

Sturridge’s two goals make him Liverpool’s joint-top goalscorer in all competitions for the 2015/16 season, along with Danny Ings and Christian Benteke.

More importantly, however, having scored 37 goals in 57 games the striker now has the best rate of goals per game of any Liverpool player in Premier League history, with 0.65.

However, each of these ex-Reds maintained a high level of performance over a longer period.

The challenge now for Sturridge is to restore his match sharpness along with his fitness and continue to fire Liverpool to victory, and Lucas believes the Reds’ win over Villa can prompt a winning run.

“People have been criticising us a lot, the results haven’t been good,” the Brazilian continued.

“But today showed we have a great team spirit and a good group of players that want to fight to the end to get things right.

“It was a good game for us [getting] back to winning ways and hopefully it will keep us going with more confidence.”

Sturridge looked full of confidence on his goalscoring return, and Brendan Rodgers will be hoping this rubs off on his team-mates.

When he reaches full fitness, the No. 15 could inspire a remarkable comeback for the under-fire Ulsterman.