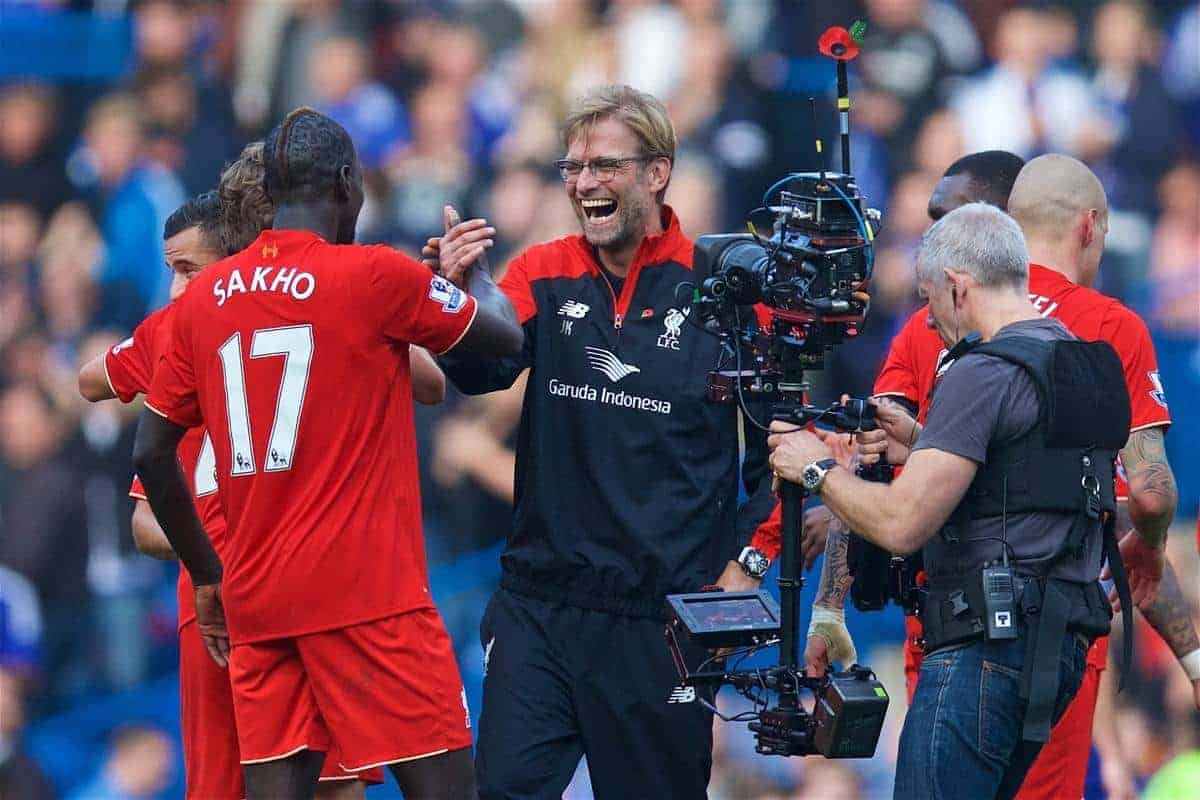 It was a superb team performance as Liverpool came from behind to deservedly beat Chelsea at Stamford Bridge.

Despite going behind in the opening five minutes, Liverpool dominated possession and got their equaliser in first half stoppage time – something that gave Jose Mourinho a ready-made moan and excuse post-match.

Philippe Coutinho curled a beauty to ensure it was all score at half-time, then provided the lead with a similarly excellent effort from the edge of the box.

Sub Christian Benteke wrapped up the points as the Reds came from behind to win after conceding first for the first time since Leicester away last December – a week after Klopp had told the players they must respond better to conceding.

Sakho and Moreno posted photos from inside the changing room post-match.

Klopp tells players must react better to conceding. Next game win after conceding first for first time in 10 months. https://t.co/0bIsWkvh89

Much needed, but far more deserved.

All the focus will be on the ref's decisions and Chelsea's child of a manager but that was a well deserved three points for Liverpool.

Lovren strolling around midfield in yellow boots, Reds 3-1 up, and Mourinho being pathetic in the post-match interview. Perfect.

1: Excellent win for #LFC and Klopp. Even at 1-0 down, they played much the better football. Good to see Coutinho looking lively again.

Lucas is reborn under Klopp. Been top class. #LFC

The last #LFC manager to avoid defeat in his first five games was Bob Paisley, back in 1974! (He went eight games unbeaten) #Klopp