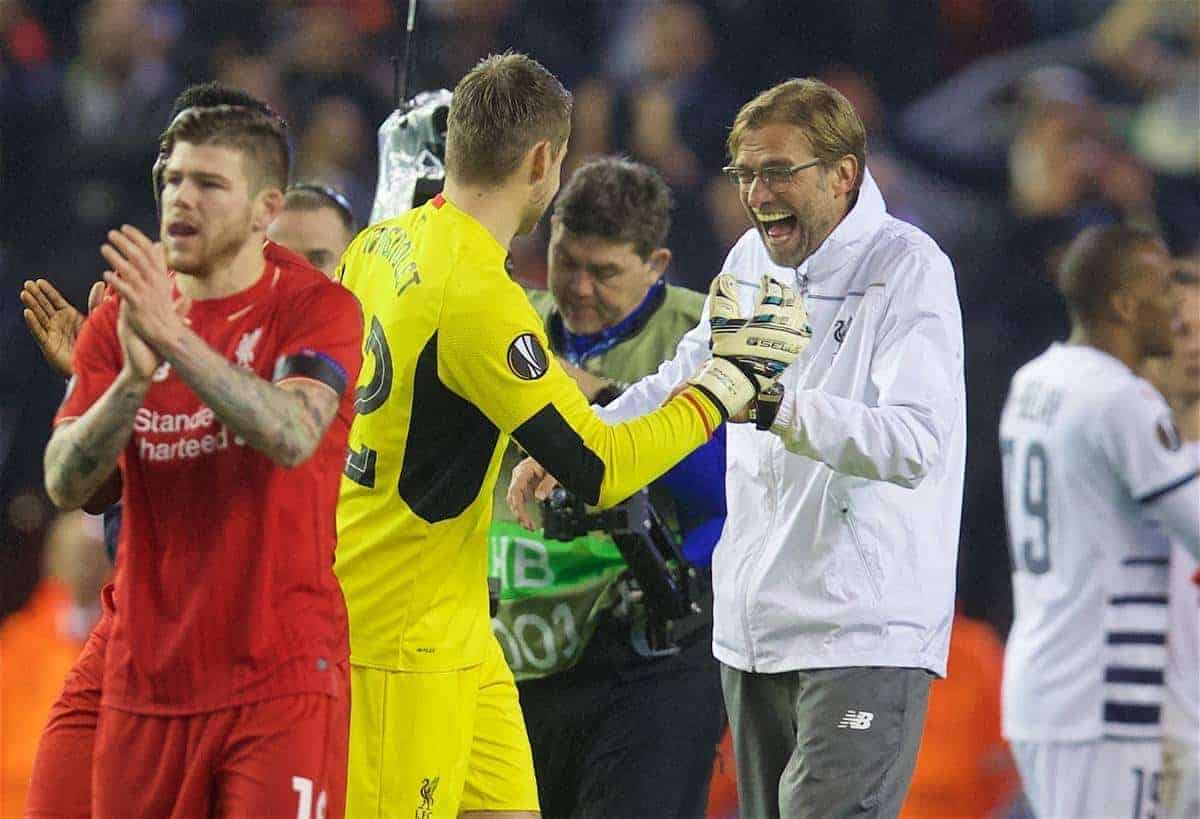 The Reds needed a very late Divock Origi strike to salvage a 2-2 stalemate at Anfield last weekend after Craig Dawson and Jonas Olsson had both scored from corners for Albion.

Klopp was quick to defend goalkeeper Simon Mignolet, who missed his punch to allow Dawson to head in, and protested Olsson’s goal should have been disallowed.

The German insisted no pattern could be discerned from the goals, saying: “They are all different. Of course it’s a situation. Maybe it could be the next misunderstanding.

“Simon came out of his goal and wanted to reach the ball and that’s how I work. You can say that if the goalkeeper comes out he has to take the ball, and he didn’t. But he came out because I said he should.

“Not in this situation but in general. Because I think as a goalkeeper you have to try to help in the six-yard box as much as you can. That’s what he tried and if you try sometimes you miss, that’s all. It’s not about quality, or something else, it’s only this situation.

“The second goal, nobody spoke about things like this after the game because we defend bad set-plays, but it was a foul and it was offside.

“Everybody spoke about Jurgen Klopp, Tony Pulis, celebrating with fans, whatever, nobody spoke about this. If it’s a foul and it’s offside, how can I tell my team to defend it better? We have to defend so that nobody can easily make a goal. That’s it.

“We know about this but in this special game, they were two different situations to all the other things. Usually we are more stable in situations like this.

“We cannot be taller but we saw all the situations, we saw that some teams change their formations against us because of our kind of defending. We try to change now again something to be better prepared for situations like this.”

On Sunday, Liverpool travel to Watford, who have been one of the surprise packages of the season and went into the weekend in seventh place in the Premier League table.

But Klopp does not think it should be too much of a shock how well Quique Sanchez Flores’ side are doing. He said: “I don’t think it’s a big surprise, it’s how football is.

“If you have a good team, of course you need good players, but if these players together are a really good team, if you have a good plan like they have and if you play football like they do, then it’s not easy but it’s possible to be more successful than everybody expects. And if the expectations are not too high, then it’s easier to go over them.

“But we go there not to clap our hands because of their season because we want to fight for the points.”

James Milner will miss the trip to Vicarage Road due to a calf complaint but defender Dejan Lovren is recovering quicker than expected from the knee injury he picked up against West Brom and could return on Boxing Day.

Flores will go head-to-head with Klopp for the first time in his managerial career, but the Watford boss says his attentions will be on the Liverpool team rather than their charismatic manager.

“He’s a very positive manager and he’s always thinking about good, offensive football,” Sanchez added. “He wants to learn about the Premier League and it is new for him.

“But I’m not thinking too much about the coach, I’m thinking about Adam Lallana, James Milner, Emre Can, Christian Benteke. That’s more important than the thoughts of Jurgen Klopp.”

Flores has no fresh injury concerns but midfielder Valon Behrami and defender Sebastian Prodl could both make their returns from injury.