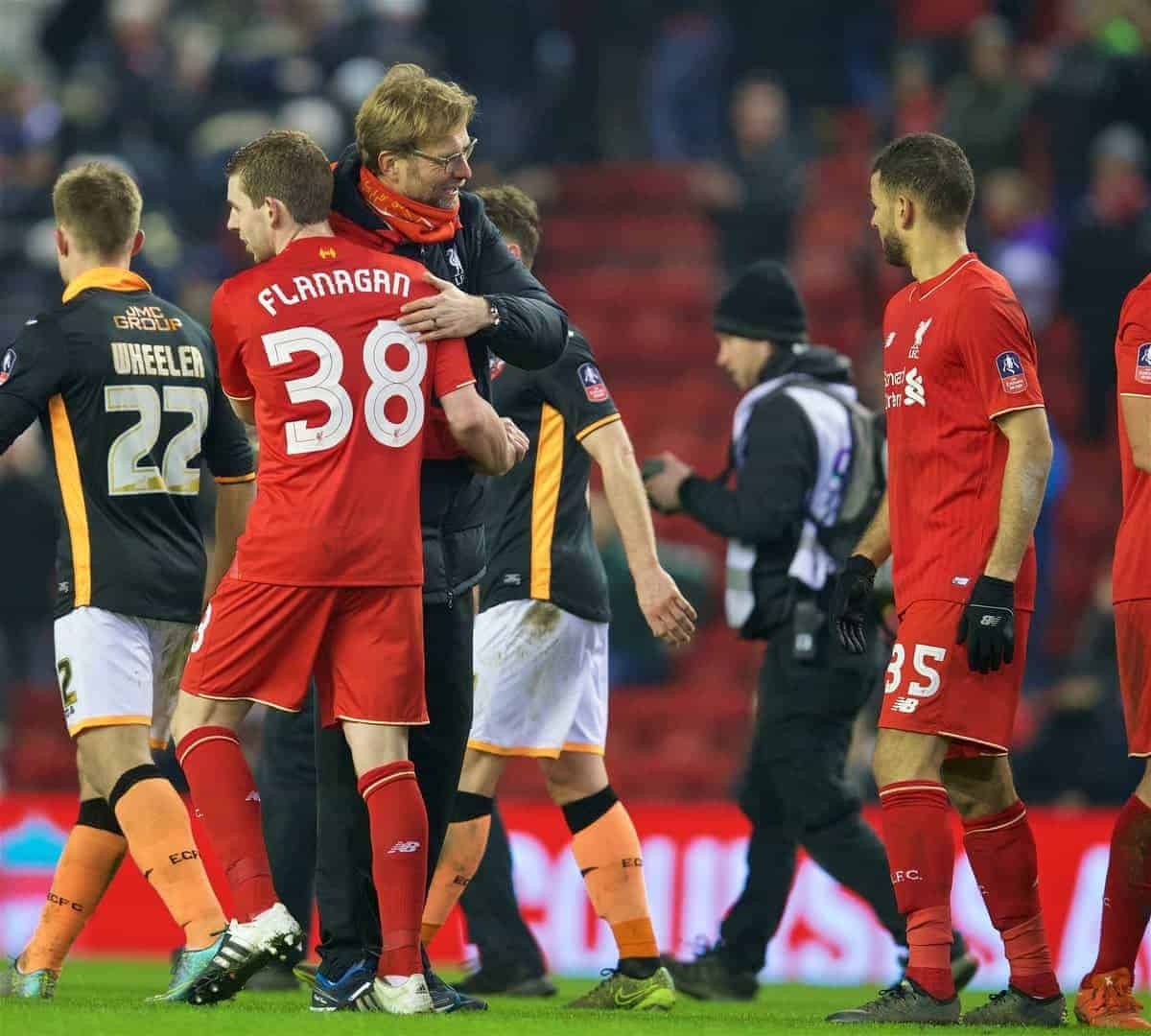 Liverpool manager Jurgen Klopp has spoken of his pleasure at Jon Flanagan‘s long-awaited return on Wednesday, describing it as an “emotional moment”.

Flanagan took to the field against Exeter City shortly after half-time at Anfield, following 19 months on the sidelines and undergoing two knee operations.

The 23-year-old received a wonderful ovation from the Liverpool supporters and Klopp says it was a moment to treasure for the likeable player.

“When Flanno came in it was a great moment after this long time,” Klopp said at his post-match press conference.

“To be honest I haven’t had him very often in training until now because we need really to be careful with him and it’s not allowed to be too intensive. It’s always training, break, recovery.

“He had a few minutes in the U21s. Connor Randall had a little muscle problem so we had the chance to bring Flanno and it was a real emotional moment.”

The Reds boss was full of praise for Flanagan’s attitude while out for so long.

“I think nobody deserved it more than him. It’s such a long time, an unbelievable long time. Since I’ve been here he’s always been injured but never in a bad mood.

“We have to see how he is tomorrow, take it day by day but it’s some of the best news we could get him being back.”

Having Flanagan fit again will act as a huge boost to Klopp, who has been limited in terms of quality backup options at full-back.

The young Englishman can challenge both Nathaniel Clyne and Alberto Moreno for a regular starting berth, and his ability to play in either position is an added bonus.