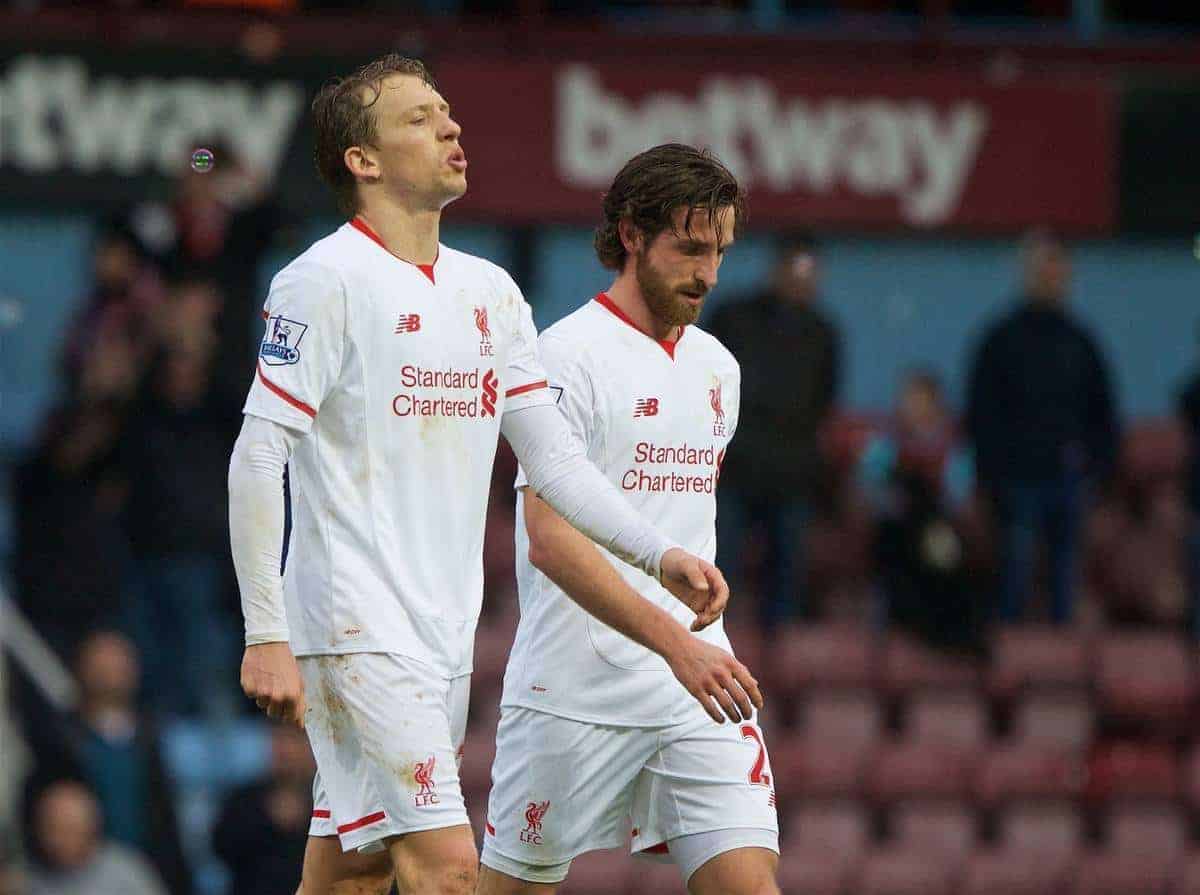 Following Liverpool’s dreadful 2-0 defeat away to West Ham on Saturday lunchtime, we take a look at how social media reacted to proceedings at Upton Park.

It was yet another horrible away performance from the Reds, following equally insipid recent defeats at Newcastle and Watford.

Jurgen Klopp‘s side simply never got going at any point, with headed efforts from Michail Antonio and Andy Carroll earning the hosts all three points.

There is a real lack of fighting spirit among many of the current Liverpool players, and unless things improve drastically, there is no chance of a top-four finish in the Premier League this season.

Fans gave their thoughts on the team news prior to the game, with some concern voiced about the lack of experience and quality on the bench:

Safe to say, Liverpool's starting XI will need to get the job done today. Little experience or goals coming off the bench.

Nice to see a place on the bench for Cameron Brannagan today. #LFC pic.twitter.com/A7gKYurSR4

I like both Lucas and Can, but having them as a midfield two has disaster written all over it. #LFC

Doesn’t say much for the quality, impact and demand for action from young forwards at LFC, unable to make bench for 2 games w/ no strikers.

Very few decent options on our bench today, only really Lallana to call upon. Could certainly do with strengthening the squad this January.

The Reds fell behind to a rather soft goal from Antonio:

West Ham take the lead, really don't know what the LFC defence were doing there. They probably didn't either.

What is Lucas doing there?! That was awful letting them get that cross in without any pressure.

Lucas there people, the best "screener" in the league

The spineless performance in the first-half left many feeling irate:

Physically and mentally weak thus far. Get on the ball and wake up #LFC #WHULIV

This is making me sad.

We're so bad its unbelievable

All over the shop here, West Ham building up some real momentum. Lucky not to concede again. #LFC

Can we have the City away LFC back please? Cheers. #LFC

The players were lambasted for their efforts after the game, following the 2-0 loss:

It's commendable for Klopp to say he wants to work with these players but too many of them aren't good enough. Same shortcomings repeated.

Lucas was our captain today. Have you ever even seen him say anything on the pitch? No fight in that team.

How can we make it so difficult to break through teams, every single week…

Very poor performances from Benteke, Coutinho, Firmino, Lucas and Clyne. Particularly the first three. Totally gutless in general. When will we learn to put a decent cross into the box?

Klopp must be scratching his head at the toothless displays we keep putting out. We desperately need one of our other strikers fit and firing.

Happy New Year lads @LFC Thanks for that ?

Very, very poor all round. Unable to cope with aggression in WHU defence, power/pace on counter in midf and crossing in attack.

Liverpool have conceded 14 goals in 8 league games under Klopp. Of those 14 goals 6 have been headers. We're aerially weak.

ptt on the forum:

First league double over us by West Ham since the 62-63 season. So much work needed.

Never thought I'd see an #LFC team lose 5-0 on aggregate to West Ham. And Migs kept the score down today!

Christian Benteke. Awful once again. A few winning goals does not make you a success story, contrary to the opinion of some.

We sold Sterling and Suarez for around £130/140m but still pin all our hopes on Sturridge to score, a lad who was actually here with them.