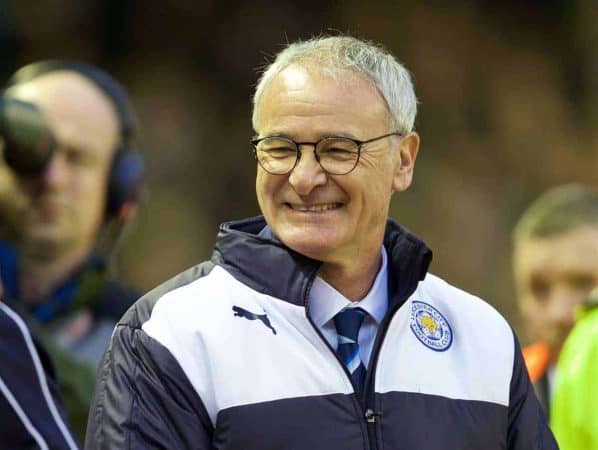 It was another weekend of dramatic, unpredictable action in the Premier League, as things continue to spice up at both ends of the table.

It ended up being a thrilling Sunday afternoon for Liverpool, as the 10-man Reds overcame a 1-0 deficit away to bogey side Crystal Palace.

Roberto Firmino‘s equaliser and Christian Benteke’s last-gasp penalty earned Jurgen Klopp‘s team all three points, as Liverpool won their third game in a row for the first time in a year.

There were intriguing games left, right and centre during the weekend, with the title race, top-four battle and relegation fight all becoming increasingly interesting.

Here are five talking points from the last couple of days in England’s top flight.

The latest round of Premier League fixtures were seen as pivotal in the race for title glory, with the north London derby between Tottenham Hotspur and Arsenal topping the bill.

The two bitter rivals played out a thrilling 2-2 draw, with Alexis Sanchez rescuing a point for the Gunners fairly late in proceedings. They led 1-0 before Francis Coquelin’s foolish sending off, however.

It was the perfect result for leaders Leicester City, and their remarkable season continued with a hard-earned 1-0 win at Watford.

Riyad Mahrez scored the only goal of the game in the second half, and their wonderful team spirit came to the fore in the latter stages.

The win leaves Leicester five points clear at the top, and they are now genuine favourites to complete a truly incredibly triumph.

There is still a fair way to go – nerves will play their part – but Claudio Ranieri’s men are showing no sign whatsoever of slipping up.

Mahrez the Frontrunner for Footballer of the Year

Mahrez’s winning goal against Watford was another piece of footballing brilliance from the winger, as his fantastic 2015/16 continues.

In a Leicester side full of players excelling, the 25-year-old has been the inspiration time and time again, scoring 14 goals and assisting another 12 in the league.

Once the end-of-season awards are handed out, Mahrez should definitely win both the PFA Player of the Year and FWA Footballer of the Year trophies.

Jamie Vardy is clearly a strong contender, and the current bookies’ favourite, but his form has dried up a little of late. He has scored just one goal in his last five matches, and that was a penalty.

Mesut Ozil and Dimitri Payet have been superb for Arsenal and West Ham United, respectively, while N’Golo Kante is also worthy of a nomination.

It is Mahrez who stands out, however, and the fact that he cost Leicester just £300,000 last summer is bordering on ridiculous.

Two From Three Teams to Join Villa in the Championship

We all know that Aston Villa are already doomed this season, with their 4-0 defeat at Man City on Saturday another nail in their coffin, but who else will be consigned to the Championship next season?

Having looked very bunched at the bottom of the table for some time, the weekend results appear to have made it a straight fight between Norwich City, Sunderland and Newcastle United to stay up.

The Canaries’ 1-0 defeat at fellow strugglers Swansea saw the Welsh side pull nine points clear of the relegation zone, with as many matches left to play.

Newcastle look in dire straits, and their 3-1 home loss to Bournemouth will surely see Steve McClaren relieved of his duties.

A new manager looks set to arrive imminently, but who will be willing to take the risk, given the Magpies’ precarious league position of 19th?

Sunderland are also right in the mix, following a 1-1 draw at Southampton, although Sam Allardyce’s survival instincts mean they are the most likely to avoid the drop.

The Tyne-Wear derby at St James’ Park on 20th March will be an enormous game.

With Everton leading West Ham 2-0 with 15 minutes remaining on Saturday, albeit with 10 men, the Hammers’ Champions League hopes looked to be suffering a setback.

Incredibly, though, they overturned their deficit in dramatic fashion, with star man Payet’s stoppage-time winner earning Slaven Bilic’s side all three points.

West Ham are really flying at the moment, and with Man United losing at West Bromwich Albion, and City and Arsenal looking a little shaky, a top-four finish is far from out of the question.

Let’s not write off Liverpool either, with the Reds just five points behind the Hammers with a game in hand.

The top-four battle looked like a forgone conclusion a few weeks ago – Leicester, Spurs, Arsenal and City seemed certainties to finish there – but now it could be a real scrap.

The smart money would still be on that aforementioned quartet, but West Ham have as good a chance as anyone of spoiling the party.

Euro 2016 is now just three months away, and England manager Roy Hodgson has the task of picking a 23-man squad come the end of the season.

While the Three Lions are lacking quality in a number of areas of the pitch, their options up front look genuinely strong.

It may be that only four strikers are selected by Hodgson – the norm for a major tournament – and it will not be an easy task.

Vardy’s unprecedented season means he is a certainty to go to France in the summer, while Harry Kane’s wonderful goal against Arsenal further highlighted his prowess in front of goal.

Daniel Sturridge surely has to make the cut if he is fit, while Danny Welbeck has returned from injury with a spring in his step.

Then, of course, there is captain Wayne Rooney, who Hodgson will forever be incapable of dropping, regardless of how poorly he is playing.

Does Jermain Defoe justify a recall? Could Andy Carroll offer something?

It will be interesting to see who makes the cut, and assuming all are fit and healthy come June, there will be some disappointed faces when Hodgson names his squad.