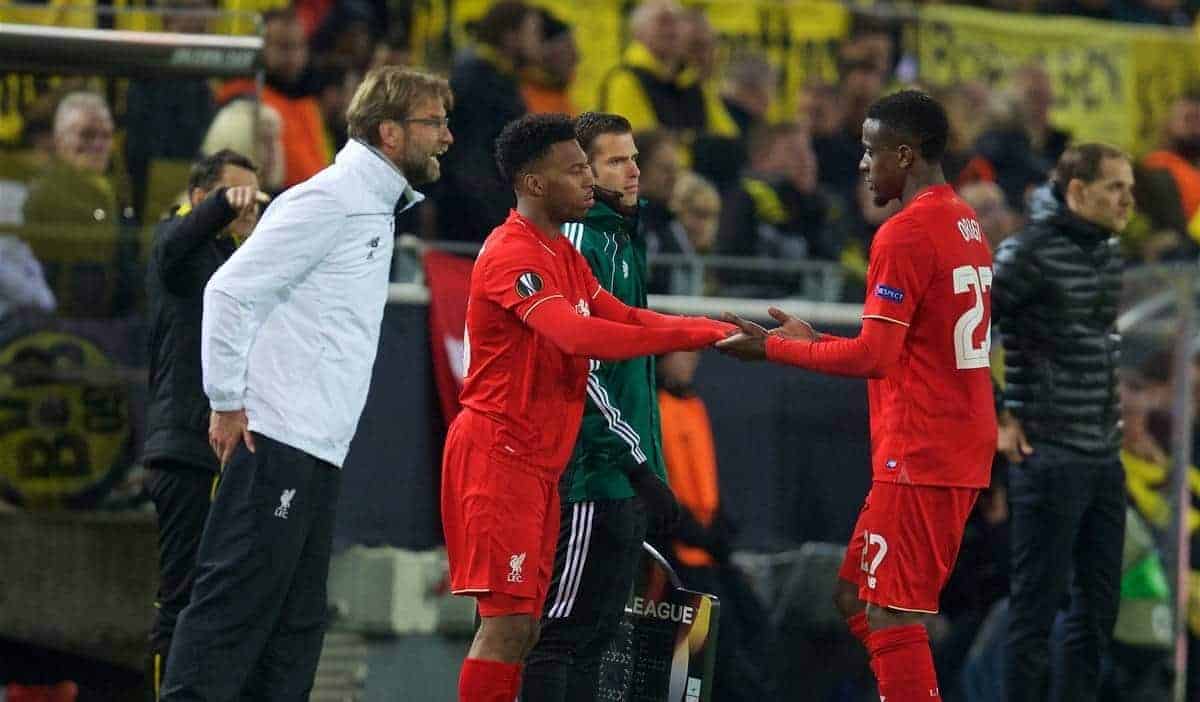 Liverpool face Stoke on Sunday afternoon and we take a look at how Jurgen Klopp could line up his side against the Potters. The Reds host Mark Hughes’ Potters for the second time this season as Klopp’s side return to Premier League action at Anfield.

Though a fixture of little importance for Liverpool, the Reds will look to build on the excellent Europa League first-leg draw earned in Dortmund to instil further confidence throughout the squad ahead of the all-important Merseyside return on Thursday night.

With that crucial second-leg in mind, Klopp has an interesting selection on his hands with the need to balance remaining competitive with preserving key men for BVB’s impending arrival, and the boss is set to make changes to his team. Changes are to be forthcoming with Klopp to select the freshest team possible, but a strong XI is still set to be named.

The Reds boss could pick the usual back four after a solid showing in midweek, but with Henderson and Can unavailable, Milner and Allen could make up the central partnership in a return to the 4-2-3-1 formation.

With fresh legs to offer, Firmino should start alongside Lallana and Coutinho, with Sturridge entering in place of Origi to lead the line.

Those changes to shape and personnel could see the Reds line up like this at Anfield: With the Dortmund second-leg of unrivalled importance, Klopp could make more changes.

Doing so would allow Coutinho a rest, with Lallana and Origi joined by Firmino, keeping Sturridge fresh to blitz Dortmund on Thursday.

A changed but strong Liverpool would then look like this come 4pm kick off time on Sunday afternoon: Though not a vital game for the Reds on Sunday afternoon, a victory would be most welcome to provide belief ahead of Thursday’s crunch clash with Thomas Tuchel’s side.