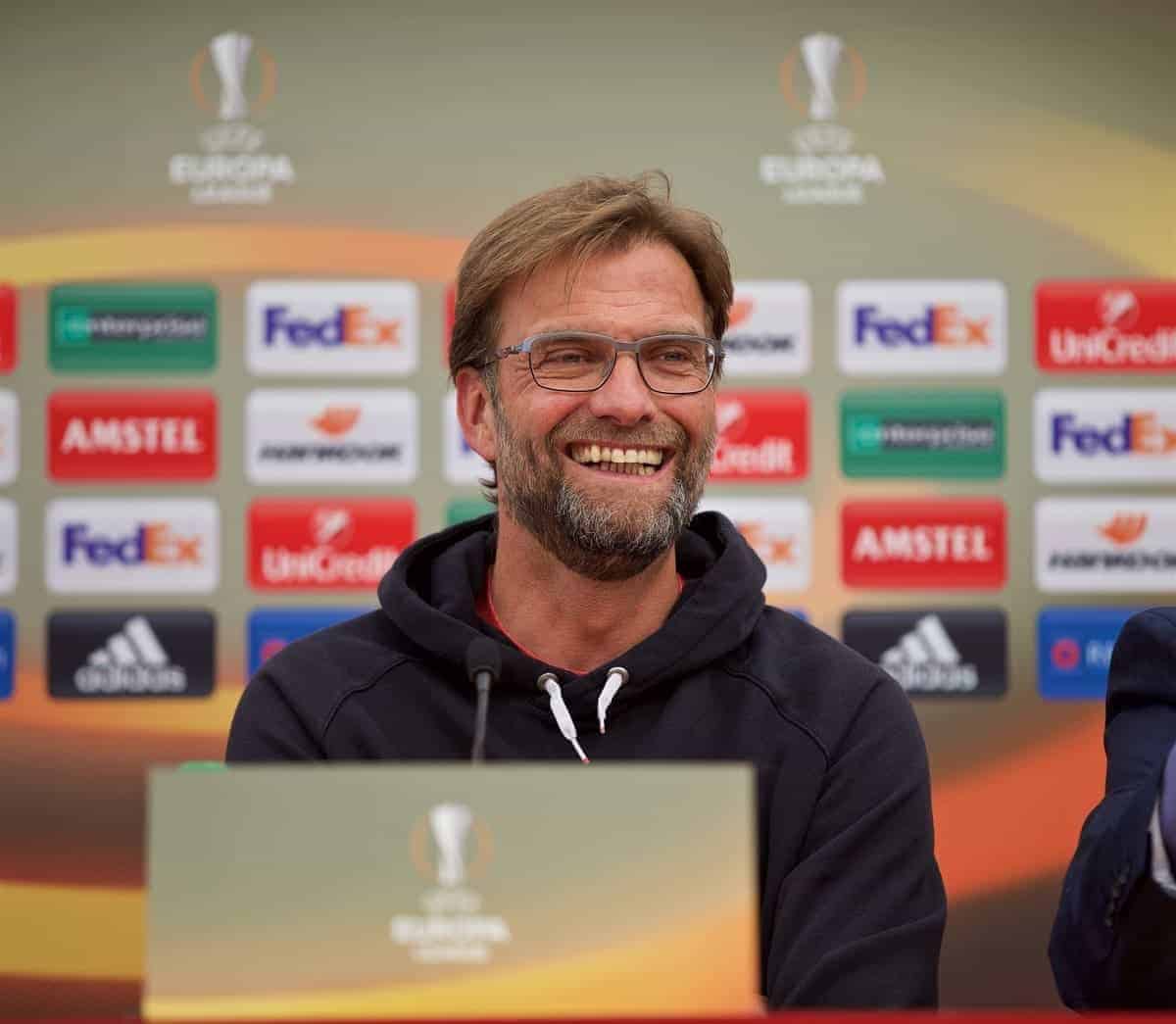 Klopp fielded questions on a range of topics, with the manager keeping his cards close to his chest when asked about the selection dilemma in attack on whether to start Daniel Sturridge or Divock Origi.

The Reds’ manager was asked about the importance of last week’s away goal, but claimed that he felt the Anfield atmosphere can be more important on the night.

There were plenty of questions from the German media in attendance at Melwood – where the press conference was moved to the indoor training facility such was the amount of media present.