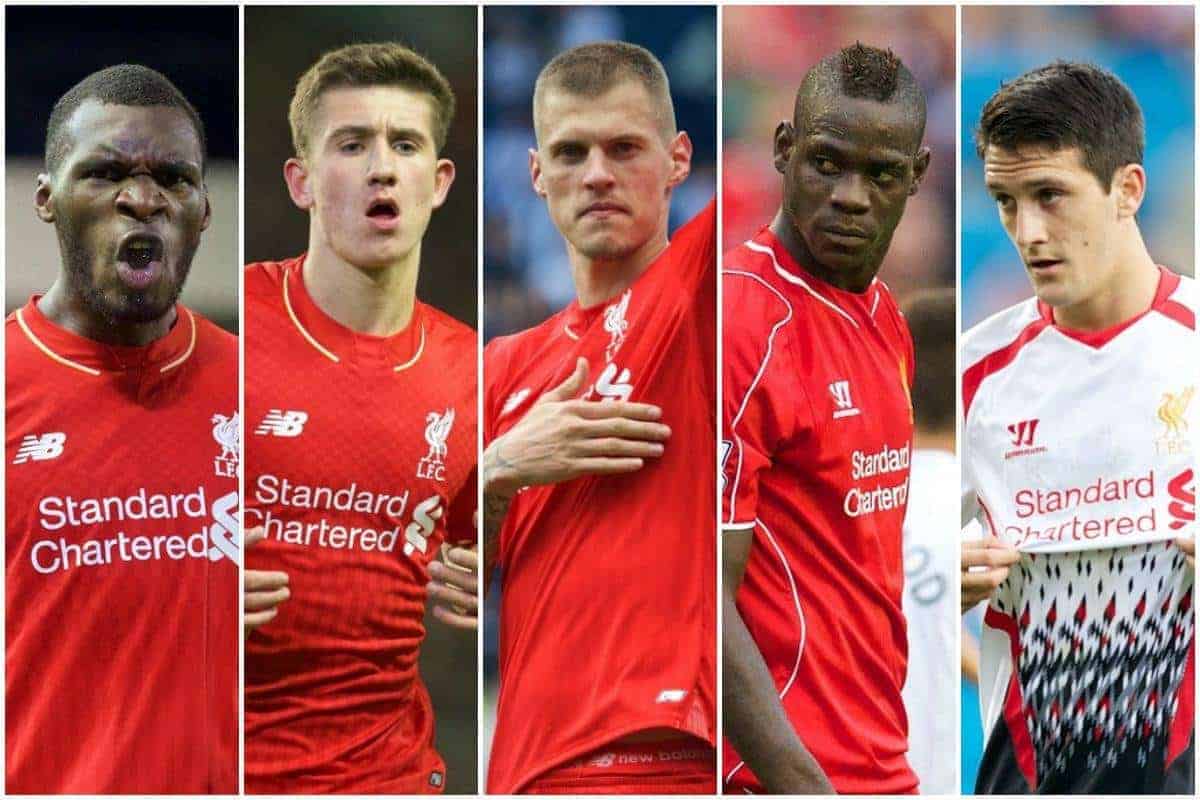 We round up the latest Liverpool transfer news as Christian Benteke and Martin Skrtel edge even closer to departure.

Liverpool’s pre-season campaign kicks off on Friday evening and they’ve been put through their paces at Melwood this week ahead of the new season.

Jurgen Klopp and Co. have been joined by a few new faces in the form of Sadio Mane, Loris Karius, Joel Matip and Marko Grujic, and have even welcomed the return of former keeper Brad Jones as the Australian searches for a new club.

However, they could soon be saying goodbye to some more familiar profiles, and here’s the latest on Liverpool’s summer transfer business.

Crystal Palace have increased their interest in Benteke after their initial offer was rejected, with the improved fee of £31.5 million believed to be a more welcomed amount for Liverpool.

This includes an initial £27 million payment, followed by £4.5 million in performance-based add-ons.

Benteke looks set on leaving and it could happen soon now the striker is returning from the European Championship following Belgium’s exit.

However, according to reports on Tuesday, Liverpool could look for a straightforward fee of £30 million up front—and it remains to be seen whether Palace will meet their valuation.

This development is not believed to be in danger of scuppering a future deal, however.

Skrtel Could Join Fenerbahce “Next Week”

Skrtel has been with the club since early 2008 but his time at Anfield is seemingly drawing to a close after a £5.5 million fee has been agreed with Turkish side Fenerbahce.

The centre-back recently represented Slovakia at the Euro 2016 but was sent home after his side were knocked out by Germany in the last 16.

This exit could move negotiations forward, with the 31-year-old reported by Turkish outlet Fanatik to be due in Istanbul “next week” for contract talks, with a move to be completed shortly after.

He’s had an up-and-down career with Liverpool but after a disappointing season under Klopp last term, it looks likely the defender will call time on his Reds career.

Wigan Athletic’s hopes of securing talented young midfielder Cameron Brannagan were dented after Liverpool turned down an offer in excess of £1 million.

Klopp has insisted Brannagan is an important member of his first-team squad and he is part of the manager’s plans for the upcoming season after impressing during performances last year.

The 20 year-old made a breakthrough last season after being handed his debut against Bordeaux and went on to make nine first-team appearances.

According to the Liverpool Echo he’s regarded as a “model professional” around Melwood after coming through the ranks at the academy, and he’ll be expecting to get lots of game time during pre-season with a whole host of midfielders away on international duty.

Another departure this year could be Liverpool’s young Spanish winger Sergi Canos, after a £2.5 million bid from Norwich City was accepted on Monday evening.

Bristol City have seen a matching offer accepted, but the youngster was believed to be holding out for a move to Carrow Road upon hearing the recently relegated side were interested.

Norwich are expected to challenge for the Championship and will be aiming for a swift return to Premier League football, so Canos is hoping to impress whilst at the Canaries in order to make an appearance in the top flight soon.

Sampdoria president, Massimo Ferrero, has stated current striker Antonio Cassano has no future at the club, according to ESPN FC, and it’s believed he’s invited Balotelli to the club in an attempt to rekindle his failing career.

Balotelli has returned for pre-season training with Liverpool but after failing to impress during his first spell and managing to record just one goal in Serie A last season, it’s unlikely he’ll feature in Klopp’s plans for the season.

Ferrero believes a move to Sampdoria would be ideal for the player, claiming Balotelli was “stuck back in the 1960s.”

The president also said “he could relaunch his career at a passionate club like ours, but he’s still a bit confused. I’ve tried to tell him to come to Samp because he’s a great talent.”

It’s believed that Sevilla are interested in current Liverpool player Luis Alberto, but the Reds are demanding “upwards of £7 million” for the former Seville man.

After a successful season-long loan spell at Deportivo de la Coruna, interest in the Spaniard has heightened and Liverpool want to cash in a small profit on the player they brought from Sevilla for £6.8 million three years ago.

The current European champions are expected to make an offer this week—although no formal talks have begun.

The 23 year-old hasn’t played for Liverpool since January 2014 but has returned for pre-season training with the squad.

He’s made just nine league appearances for the club but could remain as a squad player for the rest of the season if no suitable offers are provided.