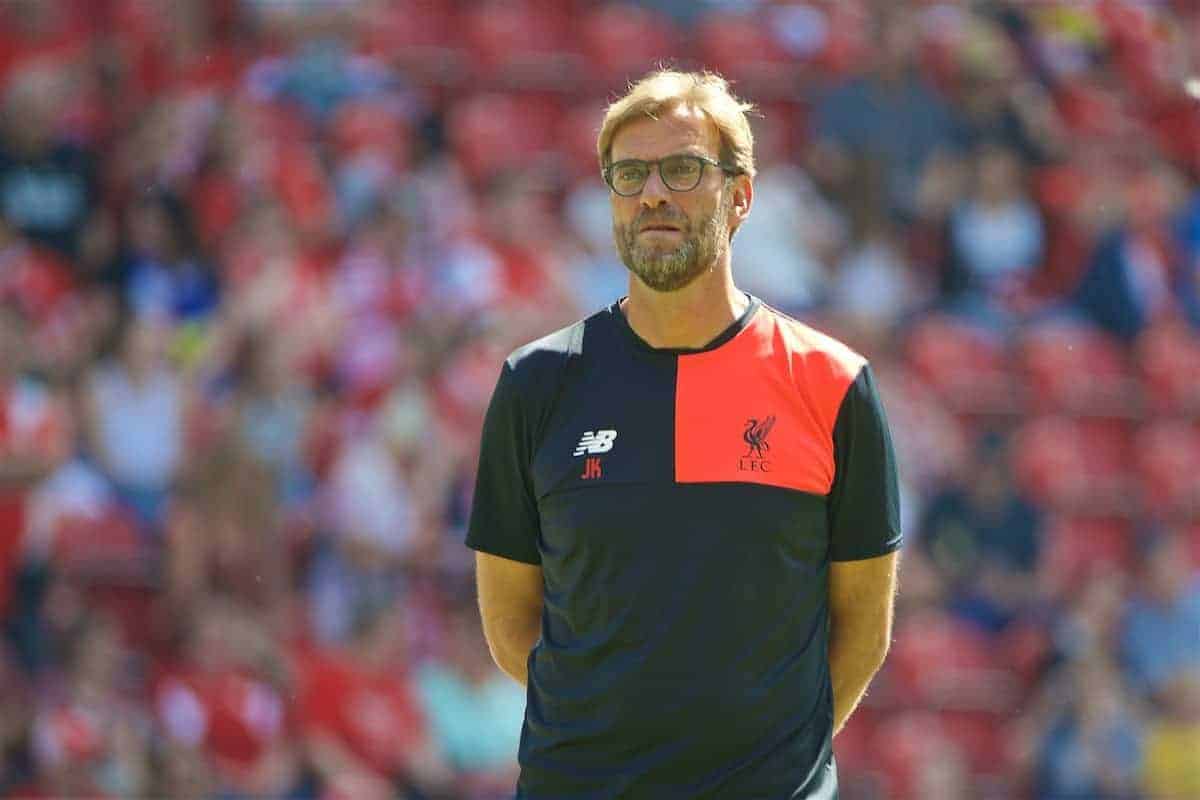 Pundits and fans have been making their predictions ahead of the new campaign, whether it be the eventual title winners, the relegation casualties or Golden Boot winner.

Here is a look at how the media are assessing Liverpool’s chances in 2016/17, as the Reds look to mount a top-four challenge in Jurgen Klopp‘s first full season in charge on Merseyside.

Sam Wallace of the Telegraph feels the Reds will still finish outside the Champions League positions, despite a positive summer in the transfer market:

Good signings, and a squad now shaped by Klopp, but will it be enough to make an impression on the top five? They do not have European football to offer but that should also help them, as it did in 2013-2014. 6th

Like Wallace, BT Sport believe no European commitments will be a blessing in disguise for Klopp’s men:

Liverpool have backed Jurgen Klopp in the transfer market and the investment in the likes of Sadio Mane and Georginio Wijnaldum has given the German the tools he needs to play his high-intensity pressing game.

A lack of European football should mean the Reds will only have to play one game per week, something that could prove crucial after the huge volume of games undoubtedly impacted their Premier League performance last term.

Sky Sports‘ much-maligned pundit Paul Merson says “it wouldn’t surprise” him if Liverpool ended up in the top four, but has still tipped them for a fifth-place finish.

The Guardian writers believe Liverpool will come 6th, with Andy Hunter focussing on the strides made in the transfer window.

Liverpool’s reputation in the transfer market is in jeopardy this summer. Not only have they avoided losing a key player for the first time in three years but they have secured what their manager identified as priorities.

Klopp has acquired much-needed pace up front in Sadio Mané, physical presence and composure in midfield with Marko Grujic – though patience will be required with a 20-year-old entering his first season in England – tapped into his Bundesliga background to sign two international central defenders for a combined £4.2m (the price of Ragnar Klavan; Joël Matip was a free) and improved his goalkeeping options with Loris Karius.

Left-back and central midfield remain areas of concern although Georginio Wijnaldum can address the latter should the £25m recruit discover the consistency that eluded him at Newcastle United.

Of 17 ESPN writers asked to give their verdicts of who will finish in the top four, including Gabriel Marcotti, Raphael Honigstein, Iain Macintosh and Tony Evans, eight believe Liverpool will make the cut.

None have them pinned down as title-winners, or to be in top two for that matter. Discussing the Reds in more depth, ESPN‘s Stephen Kelly has concerns over a lack of consistency and a tricky start, tipping Klopp’s men to finish 6th.

Liverpool can be very good — as the 4-0 win against Barcelona amply demonstrated — but they can also be very poor. Consistency will be the main problem.

Injury to key players, like the notoriously fragile Sturridge, might hamper any attempt to get a run of decent results going.

Liverpool have another potentially sticky start to the season and dropping too many points early on will hamper their season overall, as it has done so many times before.

BBC Sport‘s Phil McNulty is another who believes 6th is the best Liverpool can hope for.

This is Jurgen Klopp‘s first full season in charge and he has spent the summer putting his imprint – ostensibly tactical awareness and intense fitness demands – on a new-look squad.

Last season was mixed as Liverpool reached the Capital One Cup and Europa League finals but lost them both- now Klopp can attack on the domestic front without the extra pressure of European football.

Winger Sadio Mane and Gini Wijnaldum have been the biggest buys from Southampton and Newcastle United respectively with a total expenditure of about £50m, so there is plenty to be optimistic about. But will old frailties such as Simon Mignolet in goal and a vulnerable central defence let them down?

The biggest plus will be that Klopp now has the squad he wants.

Former Arsenal defender and Daily Mail columnist Martin Keown believes there will be a significant improvement on last season:

Klopp is a delight — he’s the sort of guy you’d want to play for. He shares every moment with every player and creates intensity with enjoyment, a rare gift. He appears to have everybody on board, whether they’re on the bench or not. I recall Christian Benteke sharing a joke with the manager as he was coming on for the last 10 minutes of a match last season, when most players would have been snarling.

They should definitely push on from eighth and will be knocking on the door of the top five. Having no European games will help them as it did in 2013-14.

Ex-Liverpool heroes Jamie Carragher and Jamie Redknapp both believe Klopp will steer the Reds into the Champions League places, in their predictions for the Daily Mail.

Carragher is also tipping his beloved Liverpool to win the League Cup, while Keown thinks a first FA Cup in 11 years will be secured. Writers Jack Gaughan and Rob Draper echo that sentiment, respectively.

Of 34 BBC Sport pundits, 13 have Liverpool in the top four. John Motson has us highest-placed, in second, while Dean Saunders, Chris Sutton and Trevor Sinclair have us third.

BBC’s overall rank for the Reds is sixth – which appears to be the general consensus/average across all the national media.