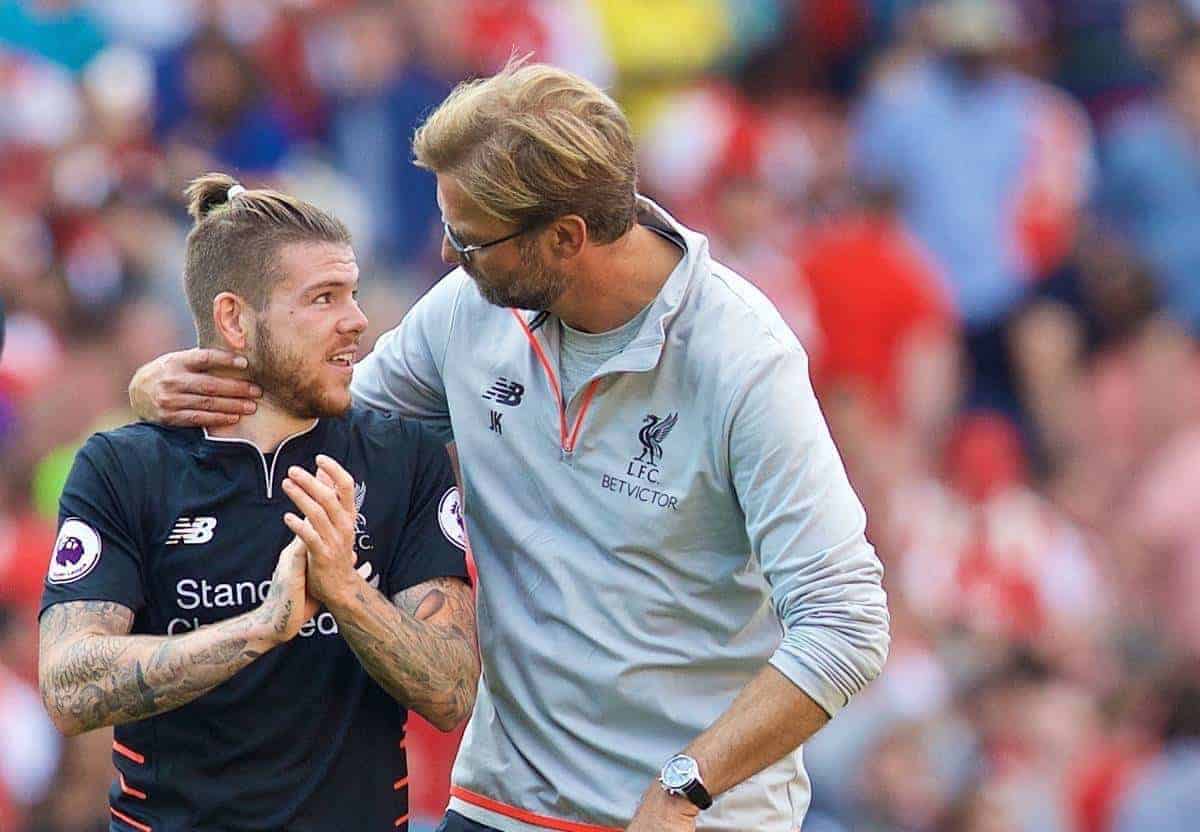 Jurgen Klopp has explained why Alberto Moreno was not at fault for Arsenal‘s opening goal in the 4-3 win at the Emirates last week.

The Reds may have beaten the Gunners 4-3 on Sunday, starting their Premier League campaign in style, but much of the post-match talk was about Moreno.

The Spaniard had already given away a reckless penalty, which Simon Mignolet saved from Theo Walcott, before supposedly being at fault for the Englishman’s goal a minute later.

Some supporters and media had claimed Moreno was out of position when Walcott received the ball, being caught high up the pitch.

But Klopp has explained that the blame lies away from Moreno, who as some have to point out, was simply joining the attack on his manager’s orders.

“We know what we did wrong and only to explain in this case it was not Alberto,” Klopp told reporters on Thursday.

“For the first goal, Adam Lallana lost the ball, he had no real chance to keep it as (Francis) Coquelin made a really good tackle and a good pass.

“In the game, you see him (Moreno) running (forward), but we had four players there. We didn’t know who was where, who had what job to do.

“We need the player (Moreno) to jump out to make the offensive transition, but we also need the other players there to fill the spaces.

“This is a process. We want it but two hours training today, tomorrow does not mean you know it in a game because you are under pressure.

It’s a refreshing response from the Liverpool manager, who has officially put to bed the debate over Moreno’s involvement in the goal.

While some of the criticism aimed in the 24-year-old’s direction has been fully merited of late – his defensive lapses are a cause for concern – there has been some needless abuse, without question.

As acclaimed football writer Jonathan Wilson correctly stated in his debut column for This Is Anfield on Monday, Moreno was simply following his manager’s instructions on that occasion. Explained Wilson:

It would be easy to blame Alberto Moreno, who’s not exactly a stranger to costly errors, particularly given his carelessness in conceding the penalty a couple of minutes earlier, but it’s the nature of Klopp’s approach with overlapping full-backs that they can be caught up the pitch if the ball is lost in midfield. In that regard the greater fault probably lies with Lallana. That too, perhaps, is an issue of conviction: when the plan is for rapid transitions, it’s imperative the ball isn’t turned over like that.

Would you believe it, Klopp knows better than the fans who moaned at Moreno all week!