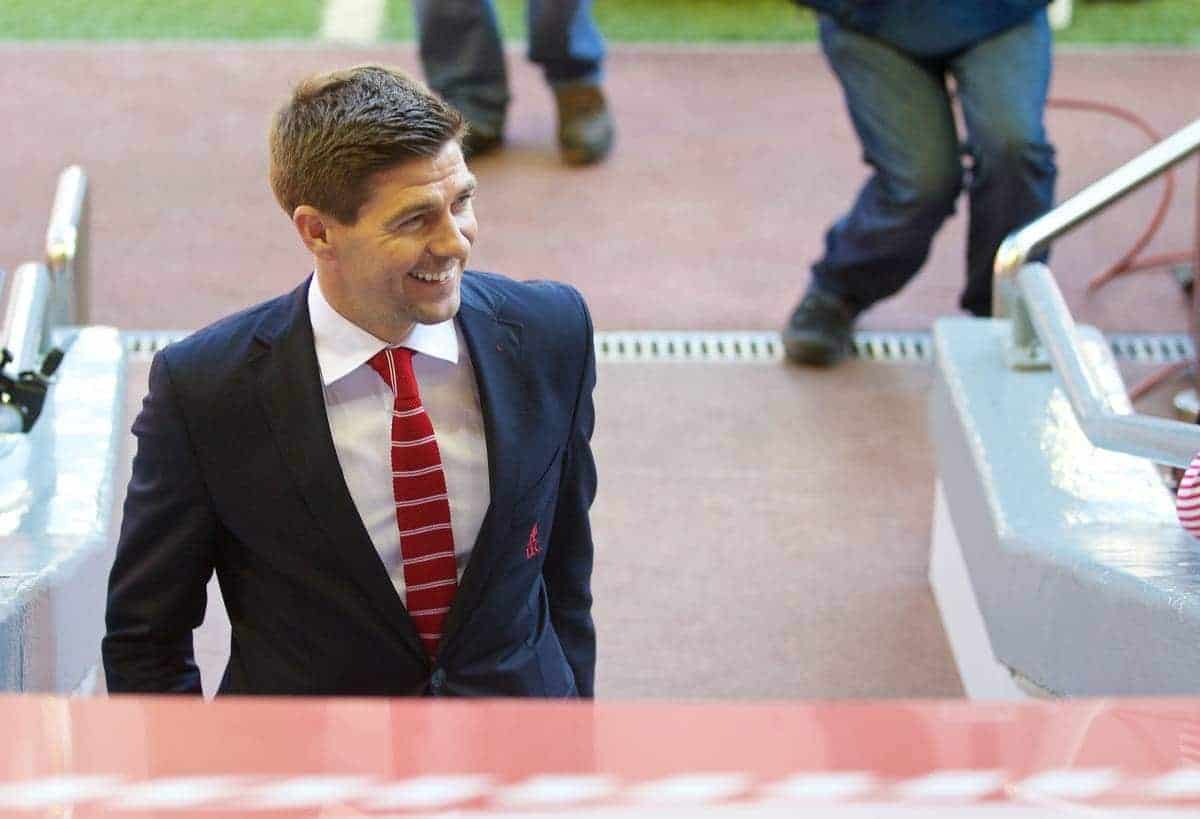 Steven Gerrard’s playing career is over after he announced his retirement on Thursday.

The 36-year-old left the Los Angeles Galaxy earlier this month after a distinguished career with Liverpool and England.

Gerrard said in a statement: “Following recent media speculation surrounding my future I can confirm my retirement from playing professional football.

“I have had an incredible career and am thankful for each and every moment of my time at Liverpool, England and LA Galaxy.

“As a teenager I fulfilled my childhood dream by pulling on the famous red shirt of Liverpool, and when I made my debut against Blackburn Rovers in November 1998 I could never have imagined what would then follow over the next 18 years.”

Gerrard made 710 appearances for the Reds, scoring 186 goals. He skippered Liverpool to their incredible comeback victory in the 2005 Champions League final, where they trailed 3-0 to AC Milan in Istanbul at half-time before pulling back to 3-3 in the second period and winning the match on penalties.

Gerrard added in his statement: “I feel lucky to have experienced so many wonderful highlights over the course of my career. I am proud to have played over 700 games for Liverpool, many of which as captain, and to have played my part in helping the club to bring major honours back to Anfield, none more so than that famous night in Istanbul.

“At international level, I feel privileged to have won 114 England caps and to have had the honour of captaining my country. I will always look back with great pride at every time I pulled on the England shirt.

“I feel very fortunate to have had the career I’ve had, but none of it would have been possible without the support of so many people.

“Firstly, I would like to thank everyone at Liverpool Football Club. I am proud to have played for and captained Liverpool for so many years and to have achieved what we achieved during my time at the club.”

Gerrard never won a Premier League title with Liverpool and arguably never came closer to winning one than in the 2013-14 season. A 2-0 defeat to Chelsea at Anfield in late April, when a slip by Gerrard allowed Demba Ba to race clear and score the first goal, proved to be crucial as the Reds ultimately finished second, two points behind Manchester City.

Gerrard left Liverpool at the end of the 2014-15 season to sign for Major League Soccer side the Los Angeles Galaxy but ended his association with the Californian club when their season ended earlier this month.

It is understood he subsequently held talks with Sky Bet League One side MK Dons regarding their managerial vacancy, and although those talks ultimately came to nothing he said in his statement he is considering “a number of options” regarding his next step in the game.

“I was lucky to play alongside some great players and under some fantastic managers during my time at Anfield and would like to thank each and every one of them, as well as all of the backroom staff at the club throughout my time there for the fantastic support they showed me,” he added. ”

I would like to say a special thank you to Steve Heighway, Dave Shannon and Hugh McAuley for believing in me when I was making my way at Liverpool and for giving me the platform to go on and fulfil my dreams.

“Thank you to the amazing fans of Liverpool, England and LA Galaxy for the incredible backing you have given me throughout my career. Your loyalty and support has meant the world.

“I would like to thank Struan Marshall, my agent throughout my career, and the team at Wasserman for all of their support over the past 18 years.

“Away from football, I feel lucky to have had such a close group of friends that I have always been able to count and rely on throughout the course of my career. Thank you to all of you.

“Finally, the most important thank you; to my family. I cannot thank my mum, dad and brother Paul enough for their unconditional support over the years, it has meant everything to me. To my wife Alex and children Lily, Lexie and Lourdes, thank you for the constant love and support you’ve shown me. You’ve been there throughout both the good times and the bad and without you nothing would have been possible. Thank you for everything.

“I am excited about the future and feel I still have a lot to offer the game, in whatever capacity that may be. I am currently taking my time to consider a number of options and will make an announcement with regards to the next stage of my career very soon.”

Gerrard revealed that the struggle, as age caught up with him, to live up to the standards he set for himself in his prime had left him frustrated and explained he was eager to avoid “embarrassing” himself by playing on too long.

“The body starts talking to you, the pains and the aches get more regular, the way you feel out there on the pitch changes,” he said in an interview with BT Sport on why he had decided now was the right time to hang up his boots.

“Over the last couple of years I’ve felt myself slowing down a little bit. I basically can’t deliver what I used to be able to deliver and that becomes a little bit frustrating as time goes on.

“And also I’ve listened to people over the years. Important people in the game who I trust and have a lot of respect for have said to me, ‘Always go with a tiny bit left, never overstay your welcome and play on too long where it becomes embarrassing’. I can feel that’s not too far away, so now’s the right time.

“My last three, four months at the Galaxy I was getting too many injuries, I didn’t feel as sharp as I used to. The games were becoming more challenging, especially in altitude and heat, humidity, the travel was affecting me. It was more a period of time rather than one particular moment – in saying that, I’ve had a few moments in the last six months where I’ve thought I didn’t play well today or that guy got the better of me. And I don’t like saying that to myself.”

On whether his future lay in coaching or punditry, he added: “I think I’d like to do a bit of both. In the future I definitely have dreams and aspirations of having a go at management or assisting the manager and being back involved in the dressing room. But I’ve got many many years to do that.”