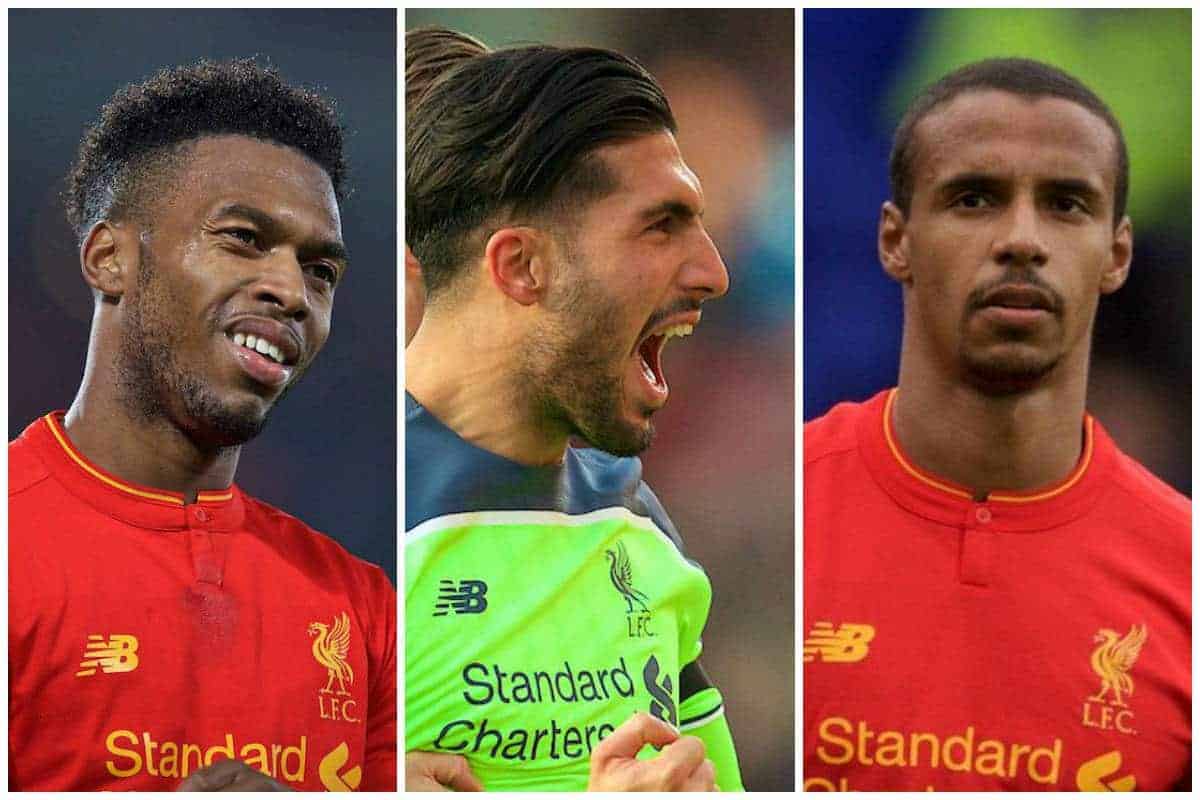 Jurgen Klopp has provided an injury update on Daniel Sturridge, Emre Can and Joel Matip ahead of Liverpool’s clash with Everton.

Klopp will oversee his first Merseyside derby at Goodison Park on Monday night, after having sealed a 4-0 win over the Toffees at Anfield back in April.

Both sides are in good form heading into the clash, having tasted victory in midweek, but the Reds will be desperate to continue their push at the top of the table.

Speaking to reporters at Melwood on Friday afternoon, Klopp assessed the options available to him, with Sturridge, Can and Matip nearing their first-team returns.

“It’s still a maybe. I can’t say anything different,” he said, regarding Sturridge’s calf injury.

“He’s closer to team training, maybe we can involve him today.

“If he can’t be at 100 percent, having Danny Sturridge for 20 minutes will be fantastic.

“If he’s available, he’ll be involved. It would be nice if he could be part of my department from today.

“Emre [is in] a pretty good way. Strange injury, I never heard of it before. But we cannot change it.

“It’s settled quite well, yesterday no pain. If he’s ready to train today or tomorrow of course we’ll involve him.” Matip missed Wednesday night’s 3-0 win away to Middlesbrough, after pulling out of contention late on with a recurrence of the ankle problem that has dogged his time with the Reds so far.

The Cameroonian had surgery on his ankle in the summer, but Klopp is still taking a cautious approach with his recovery.

“Joel is a little bit different. No final decision, he’s had the problem for a few weeks,” he explained.

“We’re in really intense conversations about this. It’s not that we’ve decided already.”

Matip was replaced by Ragnar Klavan at the Riverside, and the Estonian performed excellently alongside Dejan Lovren, but the prospect of Klopp’s No. 32 returning is an attractive one.

Beyond Sturridge, Can and Matip, who should all still be considered doubts for the trip across Stanley Park, Marko Grujic, Philippe Coutinho and Danny Ings all remain sidelined.