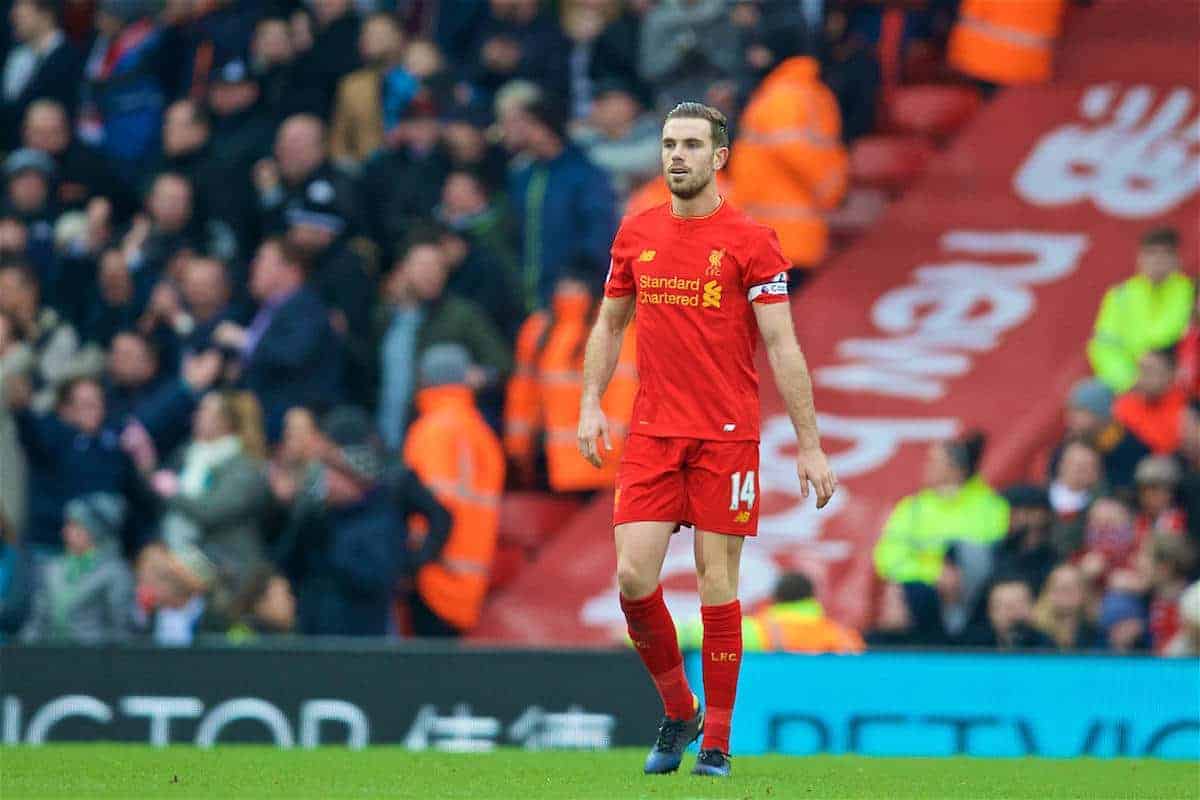 After three games away from home, Liverpool returned to Anfield on Saturday afternoon, welcoming relegation candidates Swansea as they looked to get their Premier League form back on track.

Having fought for a 1-0 victory away to Plymouth Argyle in their FA Cup third-round replay on Wednesday night, the Reds took on the south Wales outfit in their bid for consecutive wins.

While Jurgen Klopp opted for a youthful lineup at Home Park, most of his key names returned for the league, with Jordan Henderson, Adam Lallana and Roberto Firmino those to take to the field, while Joel Matip‘s FIFA clearance saw him named on the substitutes’ bench.

Against a Swansea side who had taken just 15 points from their first 21 games in the league, and won just once in their last five outings, Liverpool will have taken to Anfield confident of sealing the three points.

But when victory was of paramount importance in their lunchtime kickoff, the Reds crumbled under the pressure, as the travelling Swans claimed a smash-and-grab win. With Swansea manager Paul Clement prompting his side to sit back and break with Fernando Llorente as his target man, Liverpool were able to hold possession and dominate from kickoff at Anfield.

Restored in his role at the base of the midfield, Henderson was therefore able to dictate play, and it was the captain’s fine cross that brought the Reds’ first opportunity, with Emre Can heading over from close range.

Liverpool continued to press high and attack in numbers, and a lovely piece of skill from Firmino on the right saw the Brazilian tee up Lallana in the box, but his elaborate overhead kick was too high to trouble Lukasz Fabianski.

Though primarily focussed on keeping their shape, Swansea did counter when possible, and January signing Tom Carroll hit the post with a left-footed effort, taking a deflection off Dejan Lovren.

The half continued in similar fashion, with the Reds struggling for a cutting edge in the final third, and the interval was ushered in with the score at 0-0. Neither manager made any changes at half-time, but Clement’s team talk clearly had more of an effect than Klopp’s, with Swansea hitting twice within the first seven minutes of the second half.

Both came through former Athletic Bilbao striker Llorente, first with a toe poke from close range, and then a powerful header following an excellent cross from energetic midfielder Carroll.

This could have dampened Liverpool’s spirits irrevocably, but Klopp’s side surged forward in response, and three minutes after Llorente’s header, Firmino had halved Swansea’s lead with his own.

The German promptly sent on Daniel Sturridge as the home side pushed for an equaliser, but it was his starting centre-forward who made the difference, with Firmino netting an incredible half-volley to make it 2-2 with 20 minutes to play.

It wasn’t to last, however, with a poor clearance from Klavan gifting another goal for the Swans, with Gylfi Sigurdsson the man to benefit, sweeping home from close range for the winner.