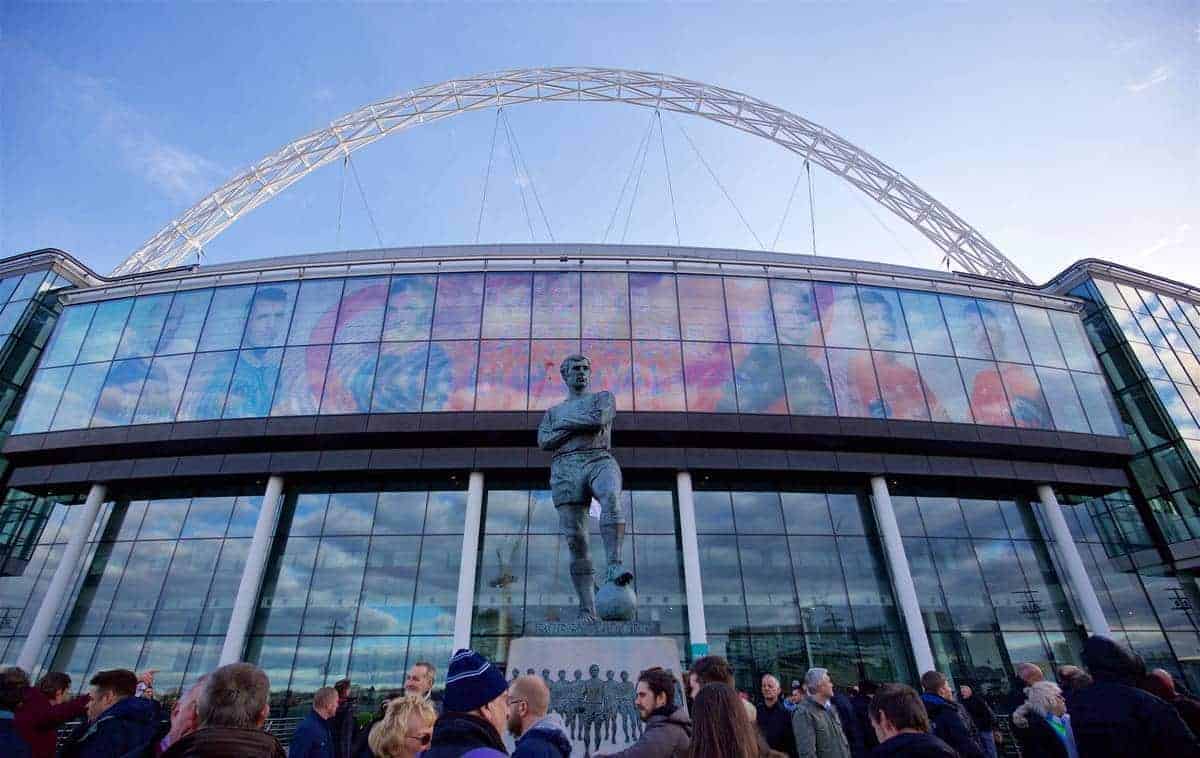 There is both Premier League and League Cup final action to look forward to this weekend, following recent FA Cup and European commitments for some.

It feels like an eternity since Liverpool last played, but their 2-0 win over Tottenham a fortnight ago still raises a smile.

The Reds have to wait until Monday night for their next outing, with relegation-threatened champions Leicester City awaiting the visit of Jurgen Klopp‘s side.

There are 13 matches remaining in the Premier League this season, and Monday’s clash represents a huge game for both, in their respective relegation and top-four battles.

It is one of eight top-flight fixtures this weekend, as well as the added treat of the League Cup final.

Time to Be a Saints Fan for the Day

It is time to get behind Claude Puel’s side, however, as they look to overcome the Reds’ bitter rivals at Wembley on Sunday.

Jose Mourinho has made a career out of winning trophies, and while it is never easy to praise such a dislikeable person, he deserves credit for reaching yet another final.

He is a born winner, and it is understandable why his ever-improving United side are favourites to lift the first piece of silverware of the season—the Community Shield does not count.

Southampton will fancy their chances, though, and are a very good side on their day, so don’t bet against them winning a first ever League Cup title.

Few sides have improved as much as Swansea City in 2017, with Paul Clement coming in and doing a fantastic job. Liverpool saw firsthand what they are capable of when they won 3-2 at Anfield in January.

The Swans have won three of their last four league matches, with their only dropped points in that time a last-gasp defeat to Man City at the Etihad.

Clement’s men will be given their sternest test possible on Saturday afternoon, as they visit champions-in-waiting Chelsea.

Despite the Blues’ brilliance this season, there have been the slightest signs of a dip in form of late, with only three wins in their last six Premier League games.

It is a long, long way from a blip, but if Swansea were to get something from Saturday’s game, a tiny bit of doubt may start creeping in. Let’s hope so.

Another Depressing Afternoon For “Big Sam”?

As soon as Sam Allardyce was named Crystal Palace‘s new manager back in December, everyone expected them to pull well clear of the relegation zone.

Things haven’t gone to plan whatsoever, though, and the Eagles now sit 19th in the table and under genuine threat of heading into the Championship.

The players don’t appear to be performing for the manager, and with the likes of Swansea and Hull City getting better all the time, the current concern among the supporters is understandable.

Saturday’s visit of Middlesbrough is a huge game for both sides, with Boro slowly getting dragged into the relegation dogfight.

Just three points and three places separate the two teams, so should Palace pick up a much-needed win, things would suddenly become even more tight at the bottom.

These are the kind of games Allardyce wins, but we have been saying that a lot recently and being proved wrong in the process.

The Relegation Fight Hots Up

This isn’t a weekend full of eye-catching fixtures at the top of the table, but as well as the aforementioned showdown at Selhurst Park, there are a few vital games in the relegation scrap.

Sunderland arguably look the worst team in the division at present, and it is difficult to see them getting much away to an improved Everton side.

David Moyes will be desperate to get something against his former team, but given how woeful the Black Cats have invariably looked this season, that looks unlikely.

Hull welcome Burnley to the KCOM Stadium on Saturday, with Marco Silva’s team still 18th despite a noticeable gear change since his arrival.

These are the matches they have to win if they are to beat the drop, and considering Burnley have got just one point away from home all season—an unfathomably poor tally—this is a great chance for the Tigers to prevail.

Bournemouth are still not safe from relegation, and failure to get anything from West Brom at the Hawthorns will make Eddie Howe start to squirm.

It is all getting very interesting.