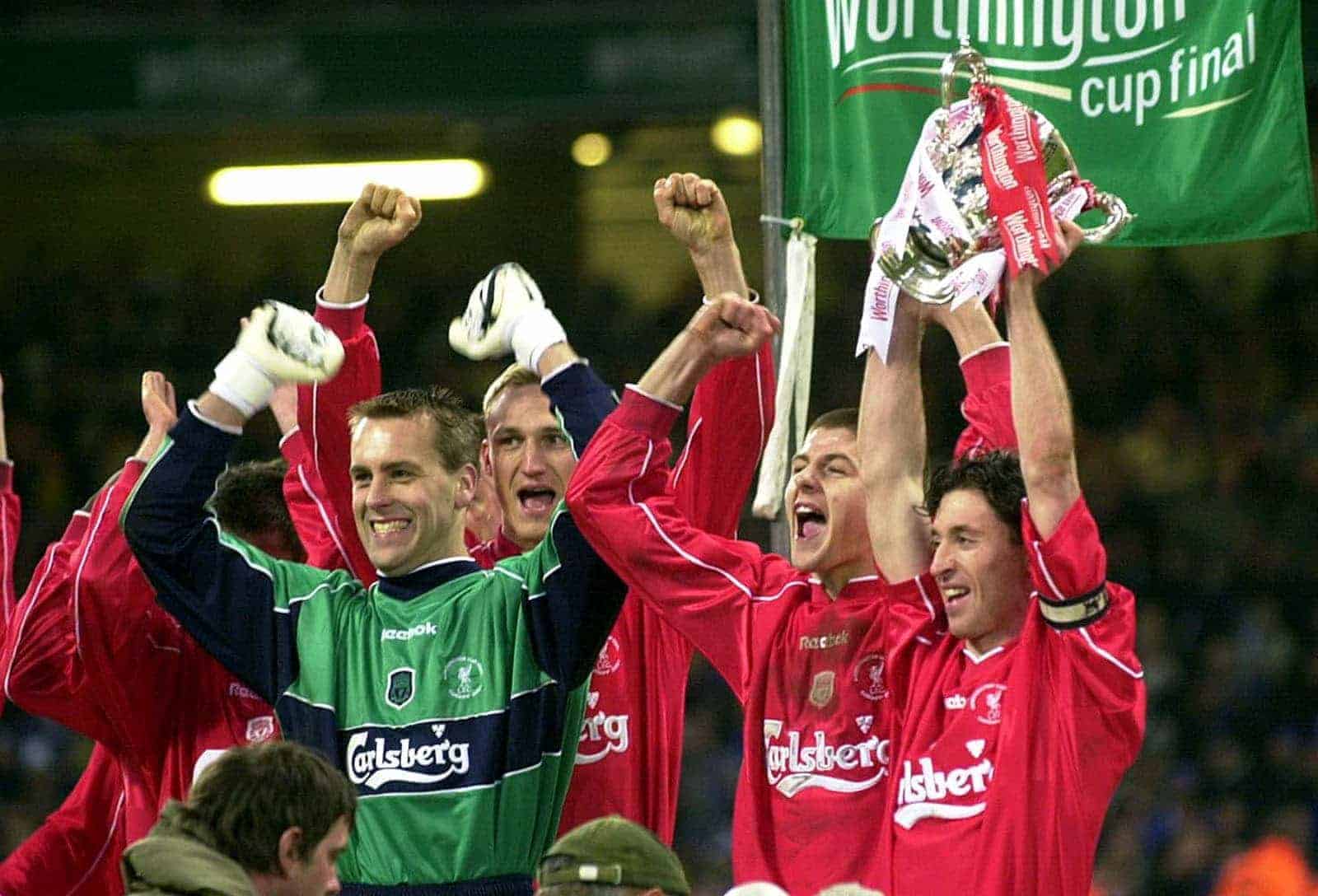 Liverpool’s UEFA Cup, FA Cup and League Cup treble in the 2000/01 saw an eclectic side steamrollering to a long-celebrated success.

FourFourTwo magazine profiles the players who made up Gerard Houllier’s squad and where they are now, 16 years on.

Gigantic Dutchman Westerveld became Britain’s most expensive goalkeeper when he joined the Reds from Vitesse Arnhem in 1999, but £4m seemed like a snip after a debut season where his side conceded the fewest goals in the Premier League.

Westerveld played a key role in Liverpool’s treble-winning campaign, turning out more than 60 times in all competitions and emerging as a hero in their penalty shootout victory over Birmingham in the League Cup final by denying Andy Johnson with a match-winning save. But like David James before him, Westerveld eventually fell out of favour at Anfield; a calamitous error against Bolton proved the final nail in the coffin, and he was sold to Real Sociedad in 2001.

Westerveld returned to England in Portsmouth colours four years later, though, while highlights from the towering stopper’s later career include a brief loan stint with Liverpool’s local rivals Everton, a short spell in the Spanish second tier with Almeria and three years at Ajax Cape Town in South Africa, who recruited him as a goalkeeping coach when his contract expired.

These days, he plies his trade in his native Netherlands as an agent for football management company World Soccer Consult.

His time on Merseyside was later disrupted by a diagnosis of Guillain-Barre syndrome, a rare condition which affects the nervous system

Liverpool fans will remember Babbel for his surging runs down the right flank, particularly the one which brought a goal in their 2001 UEFA Cup Final triumph over Alaves.

The Germany international was an integral part of the treble-winning Reds side, but his time on Merseyside was later disrupted by a diagnosis of Guillain-Barre syndrome, a rare condition which affects the nervous system.

Babbel made a remarkable return to football after a year-long treatment programme, joining Blackburn on loan before ending his playing career in Germany with Stuttgart. He went on to coach the former Bundesliga outfit and remains in management today, handling first-team affairs at Swiss club FC Luzern.

Boyhood Liverpool fan Hyypia was given the opportunity to play for the team he loved thanks to the recommendation of a TV cameraman. And if the legendary Finn is anything to go by, Liverpool should leave their scouting to media personnel more often.

Initially tagged as a bizarre signing from Willem in 1999, Hyypia soon proved to be worth far more than his bargain-bin price tag of £2.6m, stepping up as a leader within the Reds ranks. With Liverpool skipper Jamie Redknapp spending more time in the treatment room than the club physio during the 2000/01 campaign, Hyypia shared the captain’s armband with Robbie Fowler.

The cup glory he achieved with Liverpool defined his career, which has been on something of a downward spiral since he stepped into management in 2011: spells with Bayer Leverkusen, Brighton and FC Zurich have yielded a hat-trick of P45s during his coaching career.