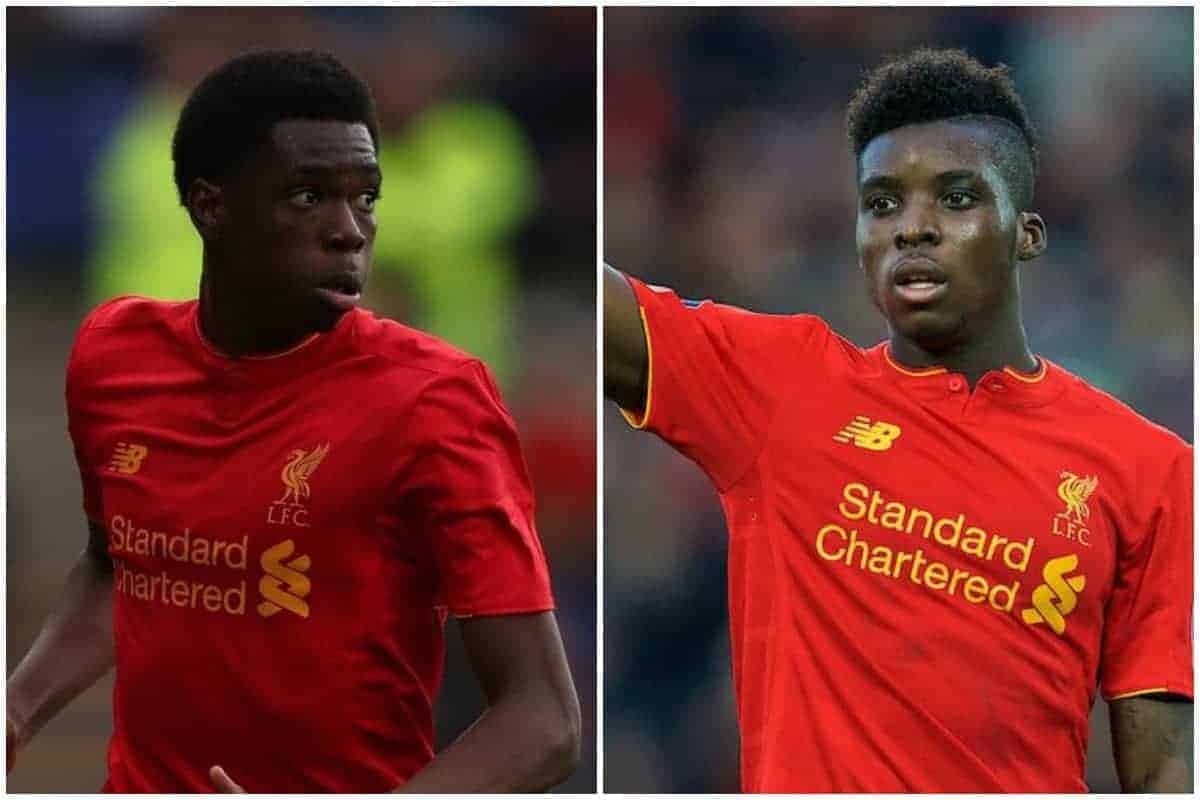 Liverpool duo Ovie Ejaria and Sheyi Ojo came on as substitutes as the England U20s beat Argentina 3-0 in their World Cup opener on Saturday.

The teenagers both started on the bench as Paul Simpson’s side looked to get their campaign off to a winning start in South Korea, taking on an impressive South American outfit.

But it was all Argentina in the first half, with Claudio Ubeda’s youngsters camped in the England half, peppering Freddie Woodman’s goal throughout.

It took a moment of quality from Everton striker Dominic Calvert-Lewin to break the deadlock, however, heading beyond Franco Petroli in expert fashion.

Argentina continued to control proceedings, but were unable to beat the in-form Newcastle United goalkeeper Woodman, who spent the second half of the season on loan with Kilmarnock.

England found their next opening from the break, too, and it was Woodman’s Magpies team-mate Adam Armstrong, Ryan Kent‘s fellow loanee at Barnsley this season, who capitalised.

The 20-year-old beat the goalkeeper at the near post after a silky turn, giving England an unassailable lead, with Solanke adding a third late on with a confident penalty kick.

Given the efficiency of England’s performance, Simpson could feel vindicated in leaving Ejaria and Ojo out of his starting lineup.

But introducing the pair in the second half, with Ojo replacing Everton midfielder Kieran Dowell and Ejaria taking the place of Tottenham‘s Josh Onomah, he proved they are in contention. Remarkably, this was England’s first victory in an U20 World Cup game since 1997, when a goal from Michael Owen sealed a 1-0 win over Mexico to progress from Group F in Malaysia.

Owen was joined by fellow Liverpool youngster Jamie Carragher in Ted Powell’s squad, with Danny Murphy also included, while on the books at Crewe Alexandra.

After scoring three goals at that tournament 20 years ago, Owen went on to make his name at the World Cup in France in 1998, still serving as the defining youth breakthrough in the modern era.

For Ejaria and Ojo, this can serve as inspiration, but first they must break into Simpson’s starting lineup.

England’s next game comes against Guinea on May 23, before their final Group A clash against hosts South Korea on May 26.

The tournament is set to run until June 11, and Jurgen Klopp will be hopeful neither Ejaria or Ojo suffer injury ahead of Liverpool’s pre-season.