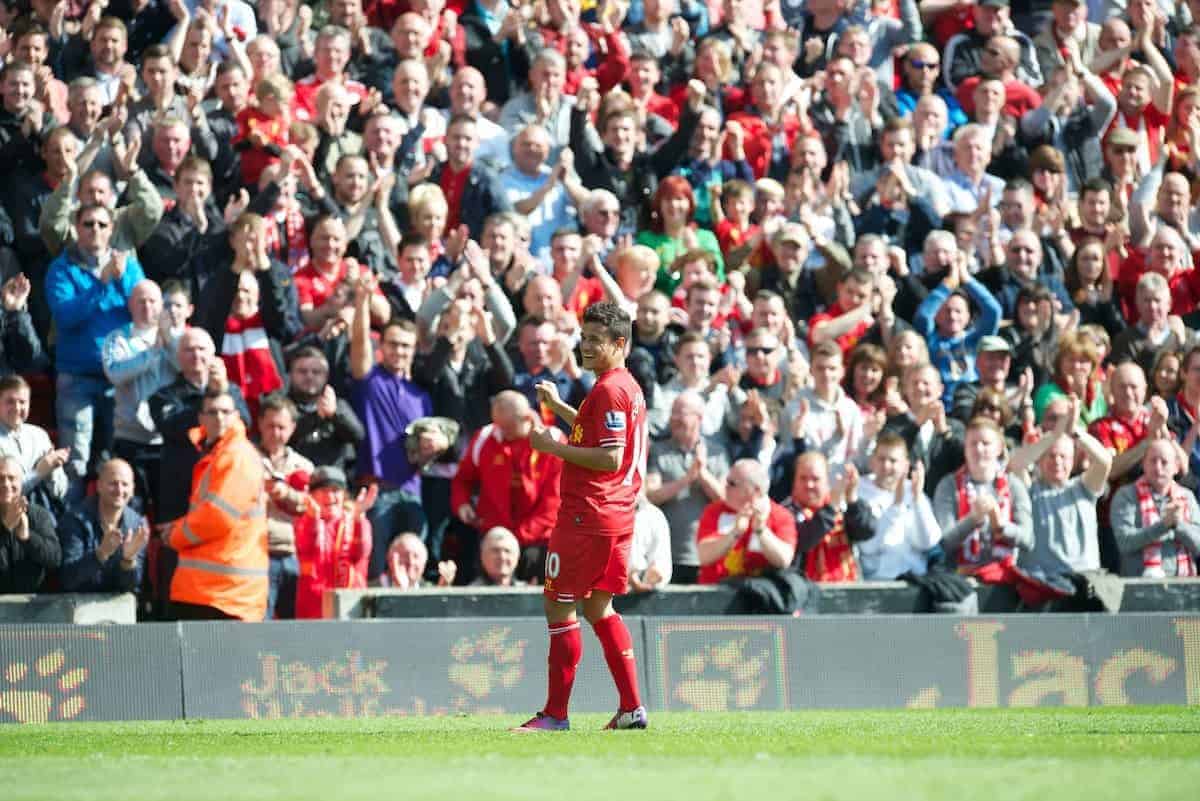 Ahead of Liverpool’s season closer at home to Middlesbrough, Jurgen Klopp can use the Reds’ past final-day exploits to inspire his side to victory.

Klopp will be pushing for all three points against Steve Agnew’s side, with a guaranteed spot in next season’s Champions League in sight.

A win at Anfield, pending Man City‘s result at Watford, could see Liverpool finish third, though three points will be enough to ensure a top-four finish either way.

Having seen his side put four past West Ham last weekend, Klopp can head into Sunday’s clash in a confident mood, hoping for more goals on the final day.

In the buildup to the Reds’ all-important showdown, Liverpool released a video package of their 10 best goals in their previous Premier League closers.

They kick off with a header from John Barnes on the last day of the 1992/93 campaign, on the way to a 6-2 win over Tottenham.

John Arne Riise’s thunderbolt against Ipswich in 2001/02 and Steve McManaman’s sensational free-kick at home to Blackburn Rovers in 1994/95 also make the cut.

And a rarity from Jordon Ibe at the end of last season, trademark efforts from Fernando Torres and Michael Owen and an overhead kick from Robbie Fowler feature in an impressive array.

After his mesmeric turn against the Hammers last time out, the Brazilian can hope to add another final-day strike on Sunday, spurring Liverpool to the Champions League.