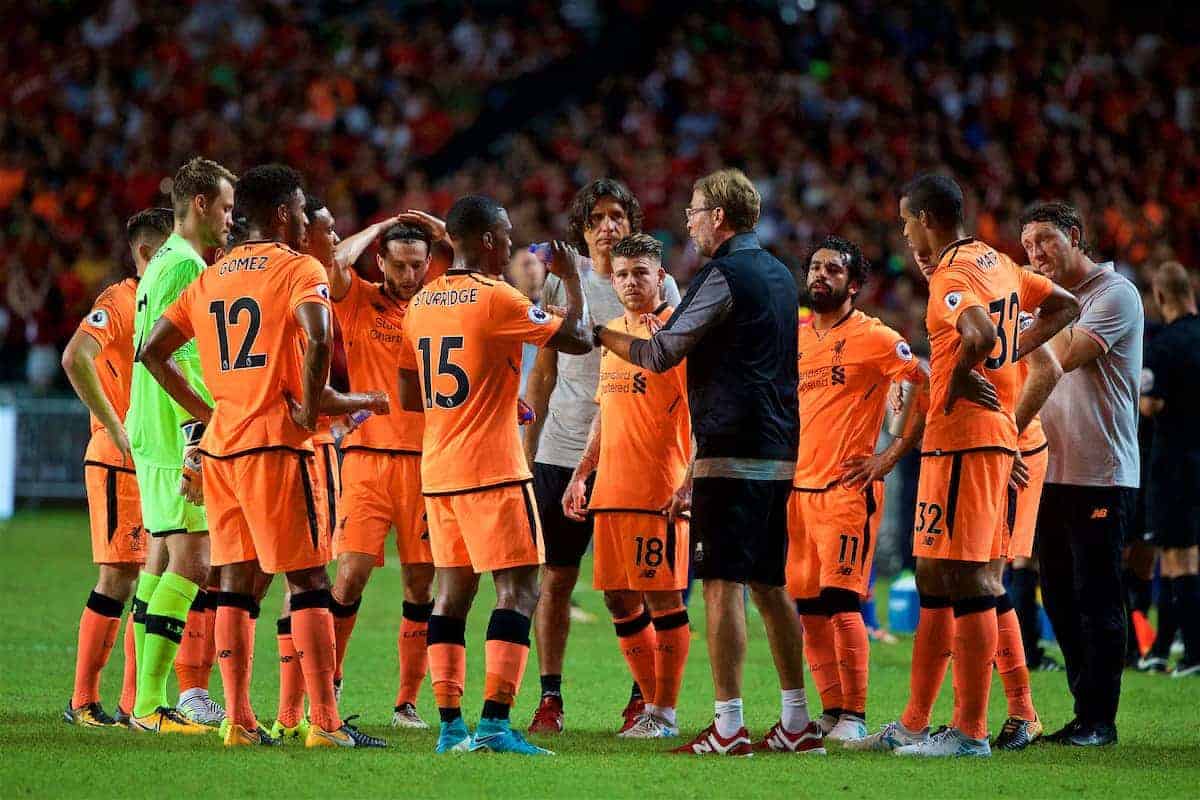 Jurgen Klopp has opted to leave four players out of his Liverpool squad to take on Hertha Berlin, while four others miss out through injury.

The Reds take to the Olympiastadion on Saturday evening for the first of three outings on their pre-season tour of Germany.

Marking the 125th anniversaries of both clubs, Liverpool’s clash with Hertha is set to be a spectacle, as the two sides continue preparations for 2017/18.

Klopp brought a 30-man group with him to the Reds’ training camp in Rottach-Egern, but Loris Karius, Danny Ward, James Milner and Nathaniel Clyne are all currently sidelined.

Furthermore, Trent Alexander-Arnold, Marko Grujic, Ben Woodburn and Danny Ings have all been left out of Klopp’s squad for the 400-mile trip to Berlin.

The quartet are all fit, but are set to continue individual training programmes at Lake Tegernsee.

This means Klopp has a 22-man squad at his disposal in Berlin, as his Liverpool side look for their fourth victory of pre-season.

Left-back Andrew Robertson is set to make his first appearance following his £8 million move from Hull City, with Joe Gomez likely to line up at right-back.

Ovie Ejaria, Emre Can and Sadio Mane will all be hoping to feature, having missed out due to injury or international commitments so far this summer.

Simon Mignolet will continue as Klopp’s first-choice goalkeeper, though youngster Kamil Grabara will be hoping for more minutes as the Reds’ only other available stopper at this stage.

After Berlin, Liverpool will take part in the Audi Cup at the Allianz Arena, facing off against Bayern Munich (August 1) and one of Atletico Madrid or Napoli (August 2).