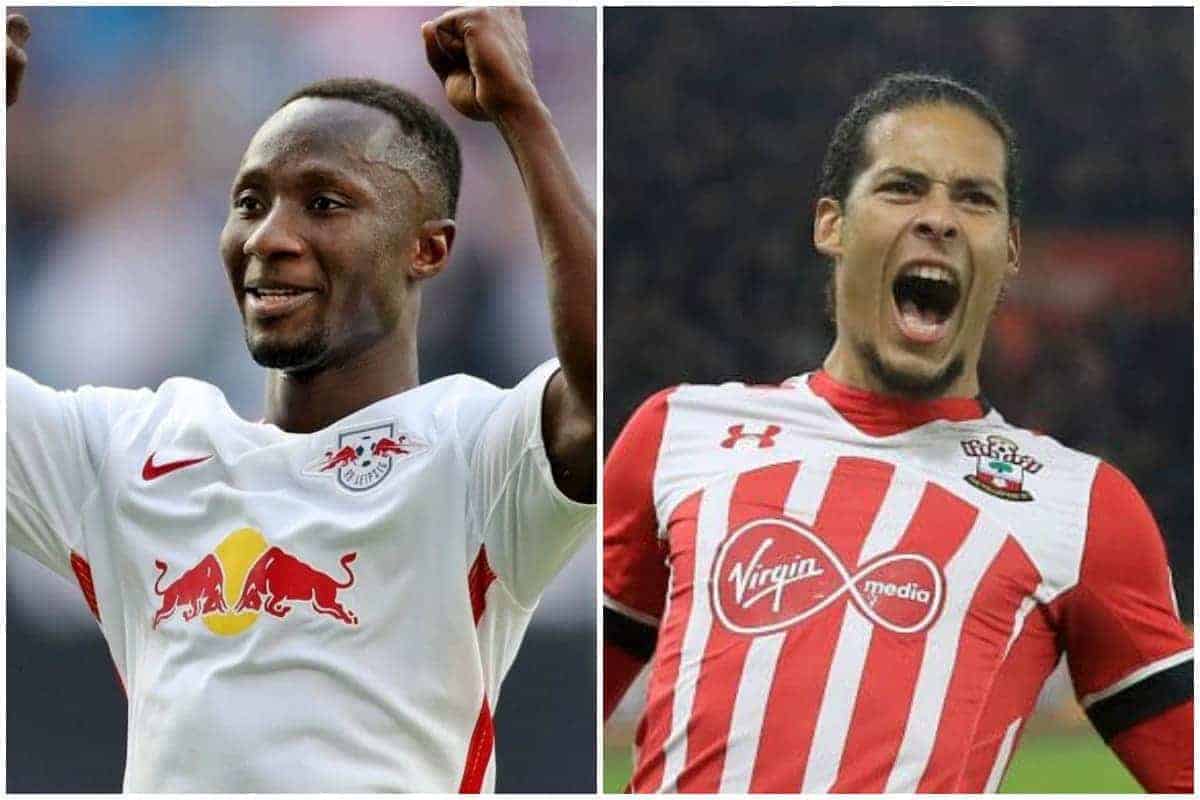 We round up Wednesday’s transfer stories affecting Jurgen Klopp‘s Liverpool, as the constant stream of stories show no sign up slowing up.

Reds supporters will have had an extra spring in their step this morning, following Klopp’s side’s superb 3-0 win over Bayern Munich.

The victory has sent Liverpool into the final of the Audi Cup against Atletico Madrid, as they look to win a second pre-season tournament.

Away from on-field matters, there is still plenty happening in the transfer world—here’s what has been reported on Wednesday.

The Dutchman’s potential move to Liverpool this summer still feels on a knife-edge, and new reports on Tuesday morning updated the situation.

According to the Southern Daily Post, Van Dijk is still hellbent on moving to Anfield in the coming weeks, with Southampton‘s stance also not changing.

The 26-year-old is still training away from his team-mates, and it feels as though both clubs are waiting for the other to make the next move now.

Interestingly, Irish Independent journalist Kevin Palmer says that Van Dijk has been “badly advised” and that a move is now in doubt.

Is anyone else getting a bit tired of this now? Imagine of Liverpool sign him and he ends up being worse than Bjorn Tore Kvarme!

Despite the best efforts of Klopp, it looks as though the Reds’ pursuit of Naby Keita will have to wait, with RB Leipzig digging their heels in.

According to the Liverpool Echo‘s James Pearce, however, the Guinean has turned down a new contract offer at the Bundesliga club.

If this is the case, it will mean Keita’s £48 million release clause can be triggered next summer—something Pearce claims Liverpool will be keen to do.

Leipzig sporting director Ralf Rangnick admitted he was unsure about his player’s long-term future, saying, “I am not currently assuming that we will be able to extend his contract prematurely. I can assure you that Naby is playing with us this season.”

It is clearly disappointing for Liverpool to have missed out on such a major signing this summer, but Keita may yet end up in a Reds shirt one day.

The worry is that one of Europe’s most successful current clubs also make a move for him in 12 months’ time.

As Liverpool strolled to victory over Bayern on Wednesday evening, Philippe Coutinho once again ran things in his new central midfield role.

Every time the Brazilian takes to the field we are reminded of how priceless he is to the Reds, with Barcelona still lurking ominously in the distance.

With Neymar’s record-smashing move to Paris Saint-Germain nearing completion, it is understandable that talk of Coutinho replacing him is not going away. The Spanish press could try a bit harder, though.

According to the always tenuous Mundo Deportivo, Barcelona want a deal for Liverpool’s star man sewn up by Sunday—good luck with that!

Klopp is a man of his word, unlike many other managers, and he continues to be adamant that Coutinho will remain at Anfield this season. That’s good enough for us.