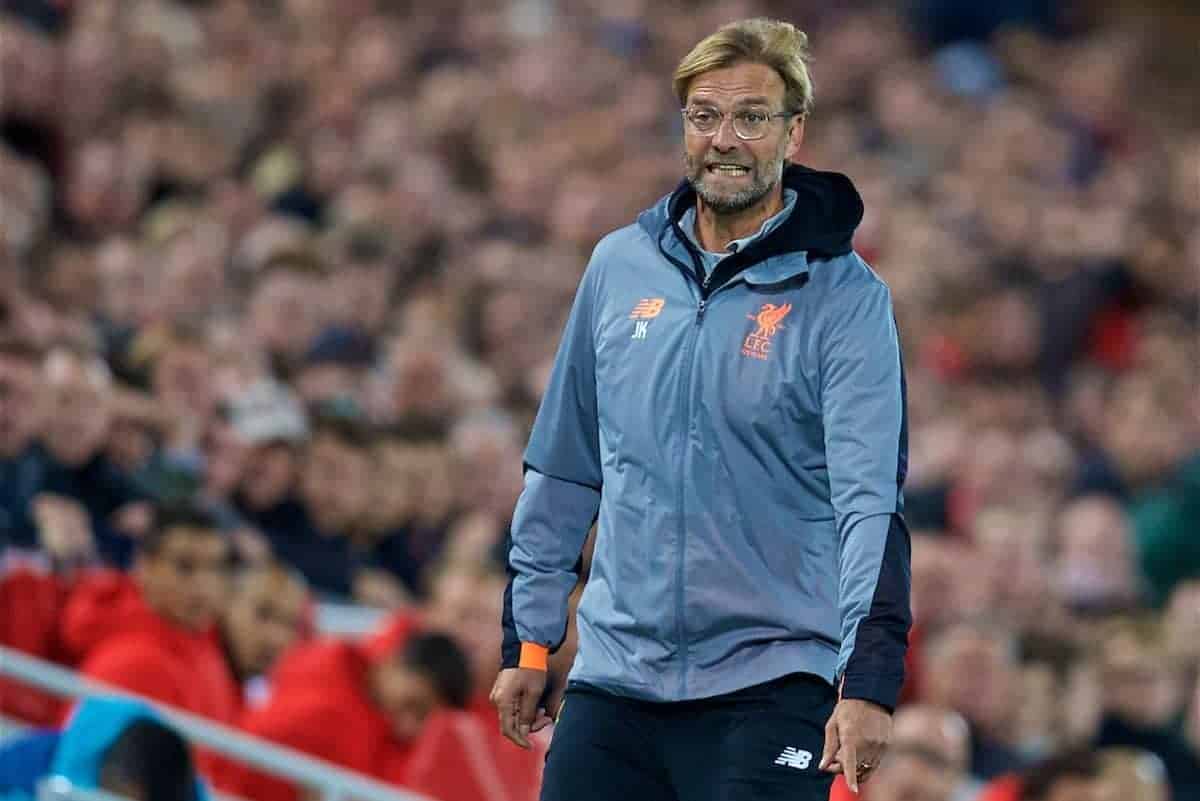 The Reds turn attentions to the League Cup on Tuesday night, as Klopp’s side kick off a five-day double-header against the Foxes.

Both teams arrive for the clash following 1-1 draws in the Premier League, but Liverpool will be determined to end a three-game winless run and ensure early hopes of silverware are kept on track.

Seven changes were made against Burnley last time out but even more are likely at the King Power Stadium, with Klopp admitting “it makes sense” to utilise his squad as the Reds begin a run of four away games in 13 days.

The boss has confirmed Ward, Grujic and Oxlade-Chamberlain will feature among the impending changes.

But other places are up for grabs with Klopp to hand fringe players a chance to impress in a potentially altered system.

The Reds’ XI vs. the Foxes The boss could therefore name a side which hands game time to squad players, but also allows refreshed regulars a chance to gain rhythm and form ahead of some vital league and European games.

With this in mind, the incoming Ward could play behind a back four of Gomez, Lovren, Klavan and Robertson—providing the Croatian overcomes injury, which would be ideal to give the so-far ever-present Joel Matip a rest.

A powerful midfield could be formed by reenergised duo Jordan Henderson and Gini Wijnaldum joining Grujic—poised for his first start since last October—and this would see Oxlade-Chamberlain start in attack.

The new man could feature on the right, with Coutinho—who needs minutes to build sharpness—from the left, with the duo flanking fellow possible full debutant Solanke, who deserves a start after bright cameos.

In this case, this is how Liverpool’s XI would look: Tuesday’s game gives Klopp a chance to experiment with selection and formation, and having recently suggested he could change shape this cup clash presents the ideal chance to do it.

There are plenty of ways to go, but given the personnel available—particularly in midfield and attack—Klopp could deploy his team in an exciting 4-4-2 diamond setup to get the best of both.

Starting with the need for goals, Solanke and Sturridge could play in tandem—affording the senior striker another runout to find form ahead of the upcoming run, for which he will certainly be needed.

Oxlade-Chamberlain could operate as chief supplier to the front pair at the tip of the diamond, with Milner captaining the Reds from the base, and the refreshed Wijnaldum and Grujic in box-to-box duties.

A back four of Gomez and Robertson at full-back and Klavan and Matip at centre-back—if Lovren fails to recover—could provide protection ahead of Ward.

If so, the Reds would look like this at the King Power: Cup competitions arguably present Liverpool’s best chance of silverware this season, and Klopp’s side need a positive start to keep those hopes alive—as well as to spark an upturn in results.