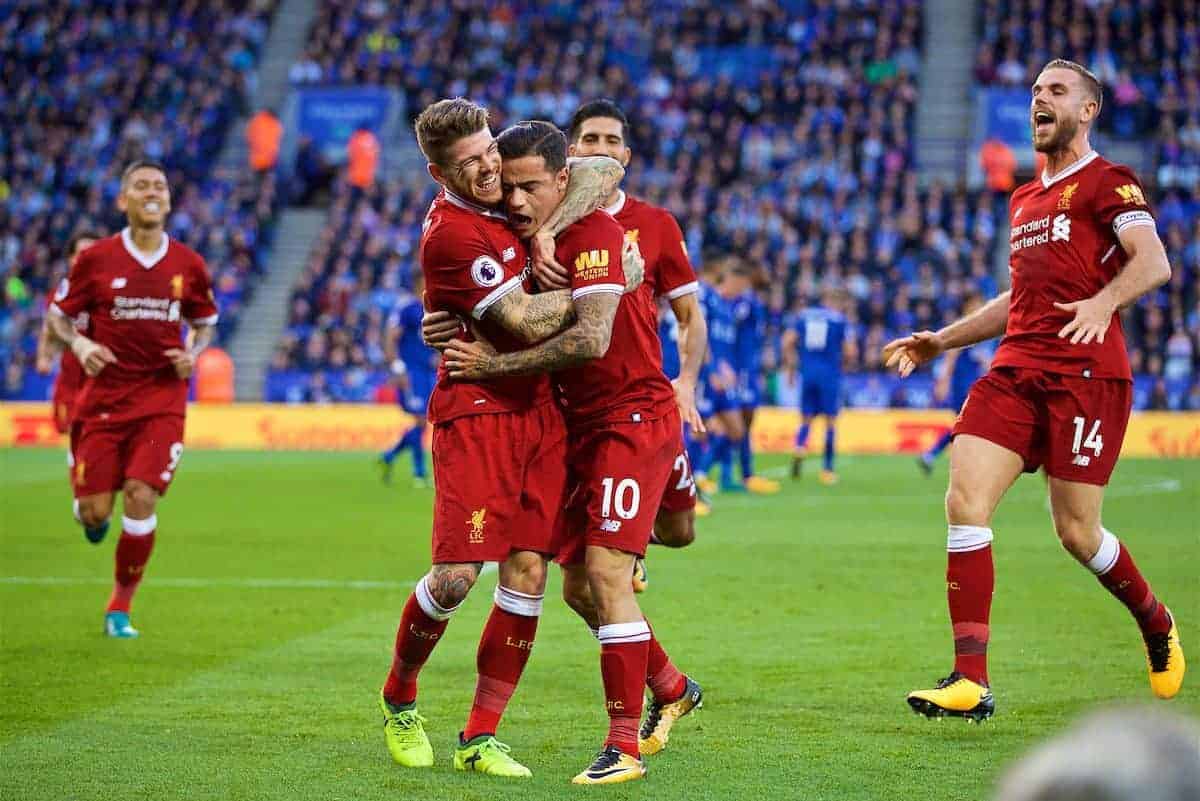 Liverpool bounced back from their cup defeat against Leicester with a 3-2 victory against the same team in the Premier League on Saturday evening.

Liverpool had an electric start as Emre Can‘s strike smashed off the post but Mo Salah couldn’t follow up with the rebound.

The forward made amends just moments later as he gave Liverpool an early lead with a cute header on the far post.

Philippe Coutinho silenced his critics with a sensational free-kick shortly afterwards as Liverpool held a commanding 2-0 lead after just 25 minutes of action.

They seemed to take their foot off the gas slightly before half-time and Leicester pounced as Shinji Okazaki scored with just moments to spare in the opening 45 minutes.

Jordan Henderson scored Liverpool’s third in the second half but it was quickly answered by a goal from Leicester‘s Jamie Vardy.

Simon Mignolet then turned hero as he saved Vardy’s spot-kick, securing the 3-2 victory.

Here are all the best reactions from Liverpool supporters to the game throughout social media.

Fans reacted with mixed feelings to the starting lineup…

Line up looks strong. Win vs Leicester is essential. Don't care how or by how many. Need to get back to winning ways.

“Can’t understand why Robertson isn’t even in the squad? Is he injured? He was our best player last Tuesday! I just think we’re over rotating the team.”

You’ve got to feel for Andy Robertson. Been excellent every time he’s wore a red shirt.

He should be our starting left back #LFC https://t.co/eZF2r7zWIr

What a goal ?, how can you miss the earlier chance and score that?!

outrageous ball in that! great header too tbf

And Coutinho’s goal was even better…

– London Red on the forums.

Henderson is putting in an absolute shift this second-half. Captain's performance.

Henderson's come under scrutiny lately but has delivered a well-rounded performance today. Hunted the ball down & looked to push us forward.

Mignolet’s penalty save sent fans into a frenzy…

Simon Miglonet – I salute you sir!!

This has been the most Mignolet performance ever from Mignolet. He's had an absolute Mignolet.

Welcome to the life of Liverpool

That was a little sweaty

– Jim Bond on the forums.

“I’m just about calmed down.”

– Jaygee on the forums.

It never seems simple – but objective has been achieved, 3 more points on the board. Up the Reds! #LFC

“What a way for Mignolet to redeem himself. Much needed win.”

“The ref being a joke aside, we really should’ve had this game put to bed ages ago. So much work needed on defence.”

– Awny on the forums.