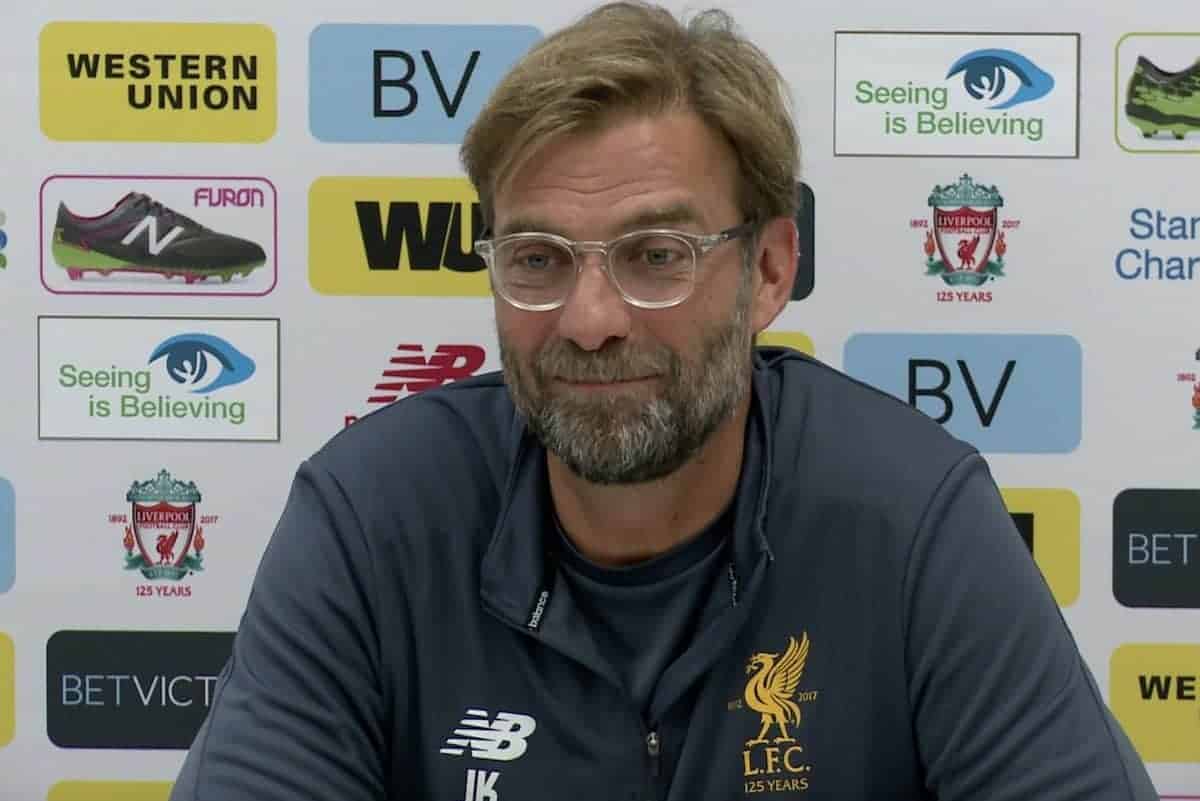 Watch as Jurgen Klopp reflected on his two years at Liverpool, and Sadio Mane‘s latest injury, ahead of Saturday’s clash with Man United at Anfield.

Klopp is set to lead his side out against their bitter rivals looking to inspire only their second victory in the last eight games in all competitions.

The Reds’ record in games directly after the international break is troubling, winning just three of their eight outings since Klopp’s arrival in 2015.

But speaking at Melwood on Friday afternoon, the German insisted his side were capable of taking the three points, in front of the newly renamed Kenny Dalglish Stand.

They will have to do so without their star winger, however, with Mane ruled out for the next six weeks with a hamstring injury picked up on duty with Senegal.

Klopp called for the Anfield crowd to provide Liverpool with another edge, saying: “[For] everyone who wants to help there’s a very warm welcome. We need it!”

He also discussed Dejan Lovren‘s ongoing fitness issues, but insisted the Croatian is fit and available for Saturday’s clash, with Nathaniel Clyne and Adam Lallana the only other absentees.

Also on the agenda was the intensity of Liverpool’s rivalry with United, Romelu Lukaku’s development as a “world-class striker” and Klopp’s relationships with Jose Mourinho and Henrikh Mkhitaryan.