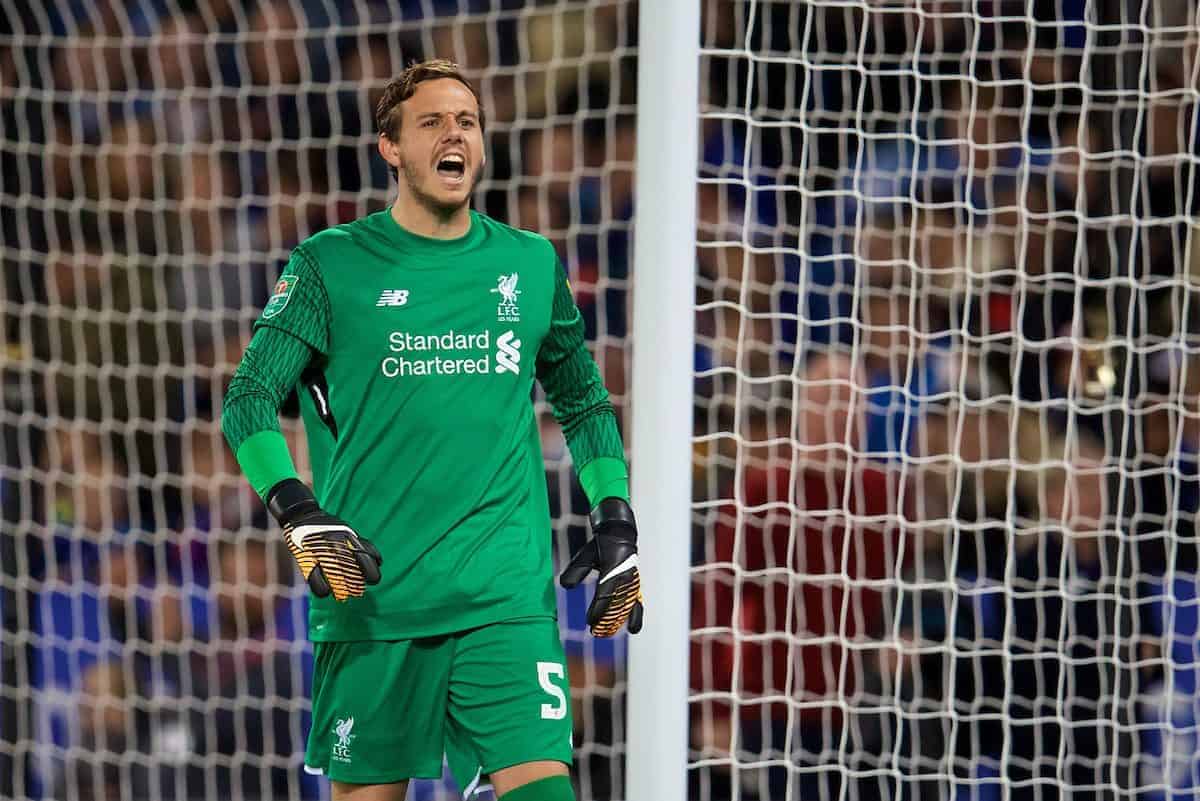 Danny Ward made an impressive penalty save on a rare outing for the Liverpool U23s, but his side fell to a 1-0 loss at home to Sparta Prague.

In their last outing of November, Neil Critchley‘s U23s took to Tranmere for their second Group A clash of this season’s Premier League International Cup.

Having sealed a 2-1 win over Newcastle United earlier in the month, the young Reds took on Sparta Prague, who themselves lost to the Magpies in their opening cup clash.

Critchley was given the luxury of a strong squad to choose from, and fielded a host of youngsters with first-team experience.

Ward made his first appearance for the U23s in goal, behind a mixed back three of Conor Masterson, Lloyd Jones and George Johnston, with Herbie Kane and Ovie Ejaria in midfield.

Ejaria was the star in victory over Newcastle, but the England U20 international had plenty of competition for the key role on Tuesday night. Critchley’s new-look formation saw the young Reds push high and look to pin Sparta into their own half, and the hosts enjoyed dominance in then opening stages.

It was Woodburn who went closest in the first 20 minutes, with the Wales international drawing a great save with a spinning free-kick from 30 yards out.

Sparta went close at the other end on the half-hour mark, but Ward was spared a frustrating start to only his second outing of the season as Lukas Julis hit the post from close range.

The U23s were given a golden opportunity to go ahead when Adekanye was fouled following Ings’ through ball, but with Wilson stepping up looking for his 12th goal of the season with the resulting penalty, the 20-year-old missed.

Despite producing some eye-catching moments at Prenton Park, Liverpool went in at half-time with the scores level, seeking invention after the break. The home side started the second half slowly, but all the action went down Wilson’s side on the right flank, and the wing-back set up a sensational volley from Dhanda that sailed wide.

Wilson drew a clearance off the line after Adekanye drove past his man and towards the byline, with Liverpool mounting pressure on Sparta closing in on the hour.

With Sparta taking a defence-heavy approach, Critchley opted to make two changes with 20 minutes to play, sending on both Matty Virtue and Rhian Brewster to replace Kane and Dhanda.

Wilson had two great opportunities to put the young Reds ahead soon after, curling Brewster’s touch just wide before skying the best chance of the night after brilliant work from Ejaria.

Liverpool were delivered a cruel twist of fate on 78 minutes, with Masterson conceding a penalty for a late lunge, but there was Ward to make yet another save to keep the scores level.

But after all their dominance, the young Reds were left deflated as Srdan Plavsic struck late to seal a smash-and-grab win for Sparta. Critchley and Steven Gerrard have utilised wing-back systems for the U23s and U18s respectively in recent weeks, and their new approach is paying dividends for the Reds’ young wingers.

Tuesday night saw Wilson take up an unfamiliar role on the right-hand side of Critchley’s 3-4-3, while Adekanye continued his progression in a duty previously performed for Gerrard.

With the likes of Wilson, Adekanye and Dhanda eyeing long-term roles under Jurgen Klopp, along with Adam Lewis and Rafa Camacho at U18 level, this setup could aid their transition.

The off-ball demands of serving as a wing-back should steel these youngsters for a more intense pressing game.

Man of the Match: Bobby Adekanye It was far from the vintage performance that Liverpool’s star-studded lineup suggested, but there were real flashes of quality throughout, not least from the 18-year-old Adekanye.

Adekanye had the beating of his man throughout, and his deliveries from the left-hand side of the box were deserving of an assist.