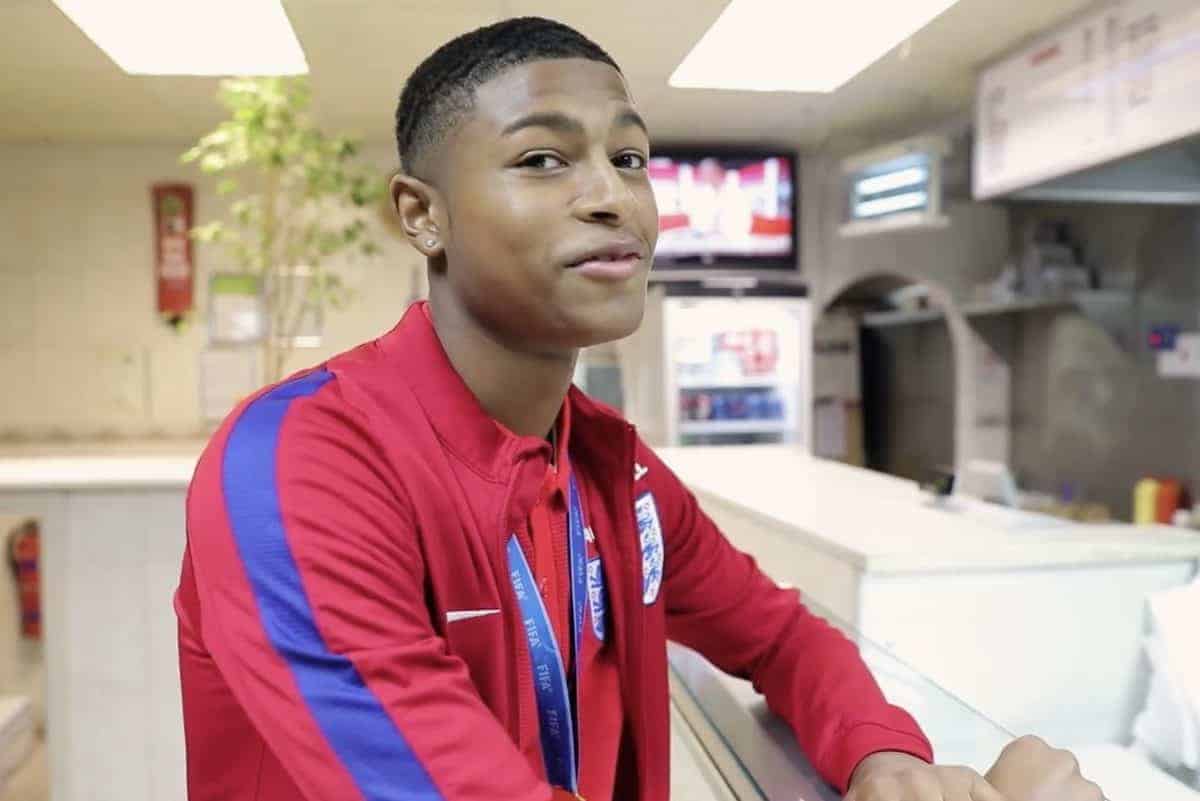 Having sealed England’s U17 World Cup triumph in India last month, Liverpool striker Rhian Brewster flew straight back for a trim and a kebab.

The 17-year-old scored eight times as the young Lions made a dramatic surge to the final, including hat-tricks in the quarter-finals and semi-finals.

Steve Cooper’s side fought back from 2-0 down to secure a 5-2 victory over Spain, with Brewster scoring England’s first to reduce the deficit just before half-time.

The clamour for England’s youngsters has been remarkable since they lifted the trophy, but for Brewster, returning to his hometown of London saw him head back to more humble surroundings.

Met at the airport by his mum and his sister, the teenager headed to his barbers, before stopping off at “the best kebab shop in town.”

Reading the newspaper while getting his haircut, the magnitude of Brewster’s accomplishment was clear.

And reflecting on England’s hopes for the future, the striker was confident of success.

“I think we can be very, very good in the future,” he said.

“We’ve shown it already at the U20 World Cup, the U19 Euros and now the U17 World Cup. It shows that we’ve got a bright future ahead of us.”

Watch Brewster’s first day back from the World Cup in full below: