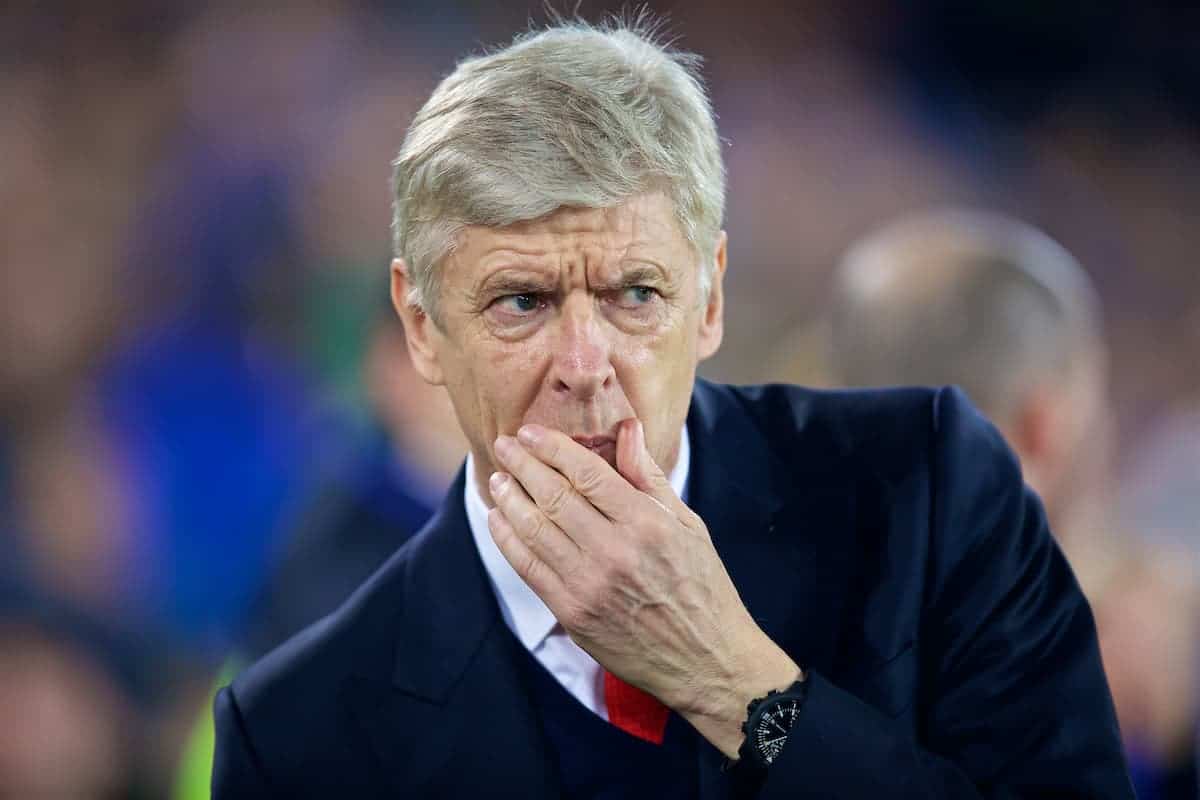 Arsene Wenger admits Jurgen Klopp‘s squad rotation has hampered his preparation as he seeks a response to Arsenal‘s thrashing at Liverpool.

The Gunners fell to a 4-0 defeat at Anfield back in August, with goals coming from Roberto Firmino, Sadio Mane, Mohamed Salah and Daniel Sturridge.

That remains one of the most complete performances of Liverpool’s campaign, with their counter-attacking brilliance putting another top-four rival to the sword.

Klopp’s approach has changed since that day, however, with the German navigating a busy winter schedule of 13 games in 45 days by routinely changing his starting lineup.

And ahead of Liverpool’s trip to the Emirates Stadium on Friday night, Wenger highlighted the wealth of attacking options at Klopp’s disposal as a key issue.

“Liverpool are very good going forward, so you see a very good overall defensive performance,” he told reporters on Thursday.

“We have to analyse that well, and as well you have to guess a little bit who will play. It’s not always the same, it depends on their personnel.

“They have plenty of offensive players, and looking at them recently they have changed a lot of their team [between games].

“It’s difficult to guess, but we have tried to see what I’ll do but for me the most important thing is we turn up and it’s a positive performance.

“We have been strong at home and it’s important we continue to dictate our game at home.” Wenger made 11 changes to his side for Tuesday night’s League Cup quarter-final clash with West Ham, but his rotated selection was considerably weaker.

On Friday, he is expected to restore the lineup that won 1-0 at home to Newcastle United last Saturday, with 20-year-old academy midfielder Ainsley Maitland-Niles to return at left-back.

But Wenger stressed neither the out-of-position Maitland-Niles or summer signing Sead Kolasinac would be troubled by the likes of Salah, saying “both of them are quick and strong and good.”

And the Frenchman backed his side to “make up for” their mauling at Anfield four months ago, urging them to “play with pace and a determined attitude.”

“When you have such a long career like I have, you have some defeats, unfortunately, that hurt you for the rest of your life,” he conceded.

“I believe what is interesting in football is you always have a time to make up for it.

“And when you can put things right: do it. So let’s focus on what is in front of us and turn up on Friday with a totally, completely different performance.”