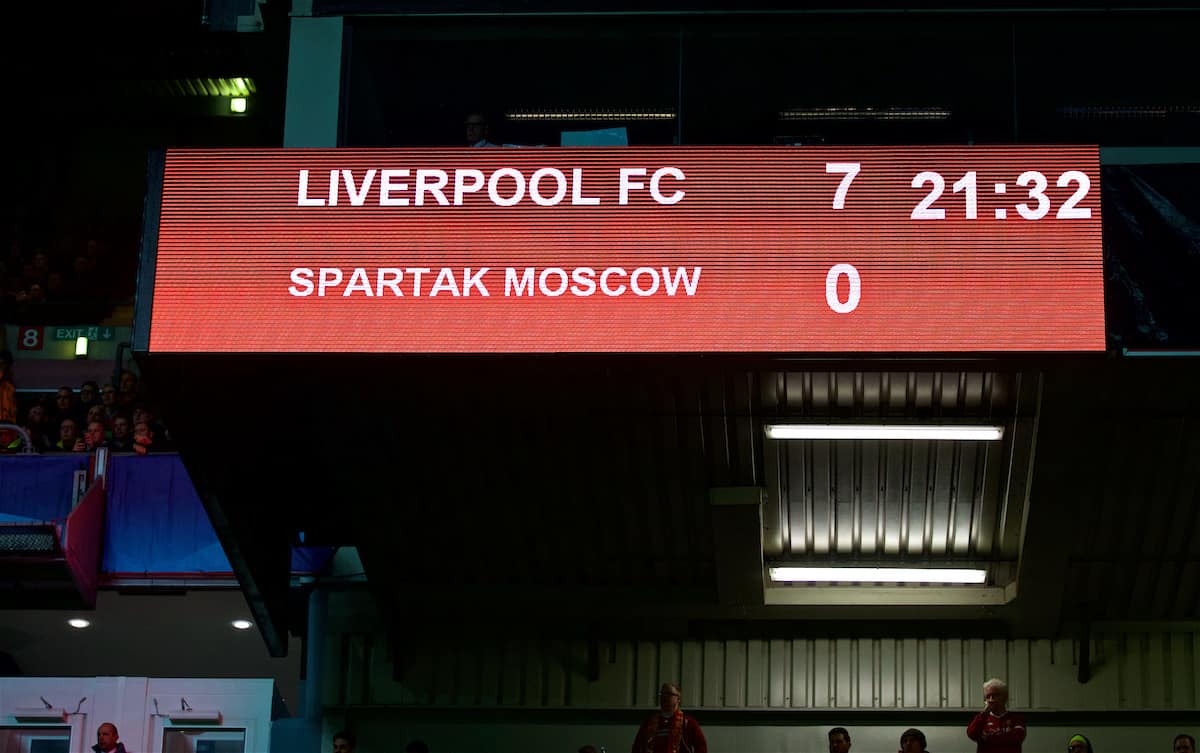 It was a record breaking night at Anfield, as Liverpool progressed to the Champions League knockout stages for the first time since 2009.

It was the first time all of the front four – Coutinho, Firmino, Mane and Salah – had all scored in the same game.

Liverpool are the only club to score at least 7 goals in a game 3 times in the Champions League and the only one to do it twice in one season.

The 23 goals scored in the group stage is a new record for an English team. The previous highest was the 20 goals scored by Man United in 1998/99 season.

Liverpool have scored 23 goals in the Champions League this season. They only scored 18 in 2004-05, when they won it.