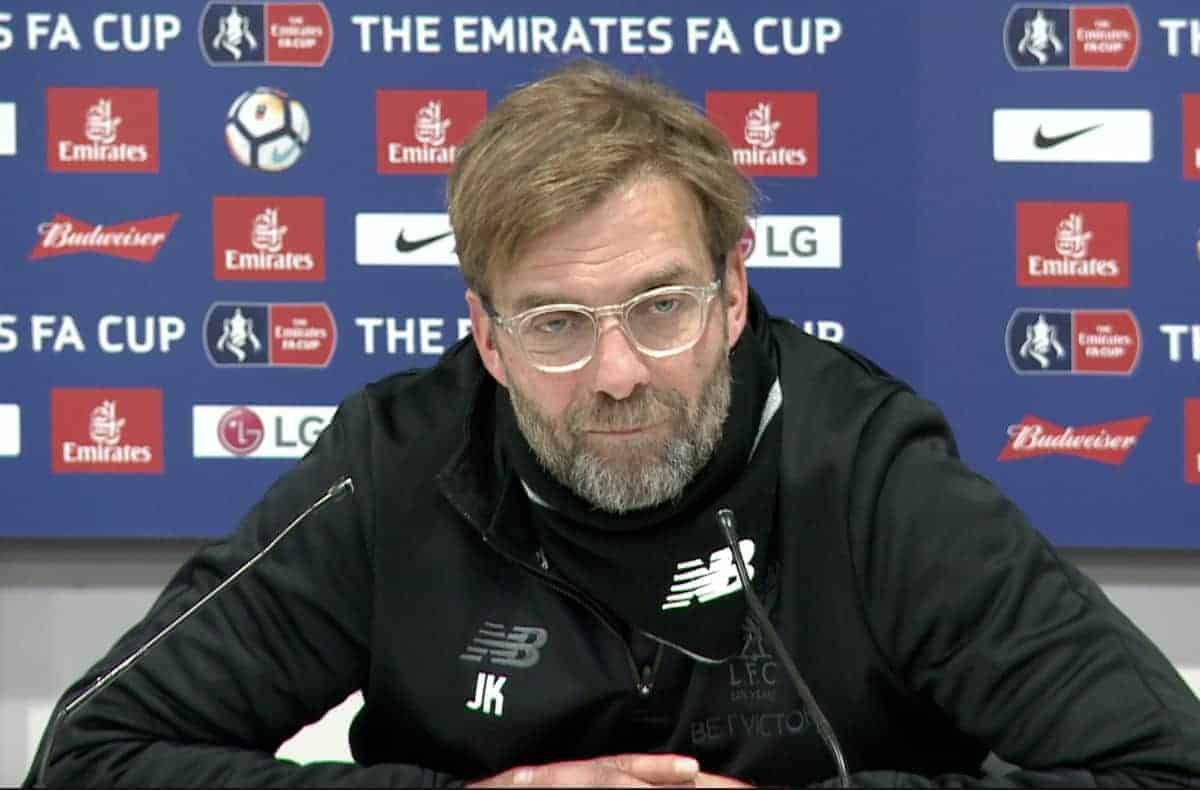 The Reds booked their place in the FA Cup fourth round with a win in their second Merseyside derby clash of the season on Friday night.

James Milner opened the scoring from the penalty spot in the first half, before an Everton counter after the break saw Gylfi Sigurdsson equalise for the visitors.

But with Van Dijk rising to meet Alex Oxlade-Chamberlain‘s corner with minutes to spare, the £75 million Dutchman sealed a 2-1 victory and progress to the next round.

Speaking after the game, Klopp praised his side’s performance, and particularly the intervention of Van Dijk, insisting “he played much better than I thought he would.”

However, the majority of the German’s press conference was dominated by a first-half incident involvement Firmino and Everton defender Mason Holgate.

After Holgate shoved Firmino over the advertising hoardings while chasing a loose ball, the 21-year-old was provoked by the reaction of Liverpool’s No. 9.

Klopp said he “misjudged the situation after the game,” with the Reds now left to investigate claims fed to fourth official Jon Moss.

Liverpool are next in action on January 14, taking on Man City at Anfield in the Premier League, and can hope for another victory and another top display from Van Dijk.