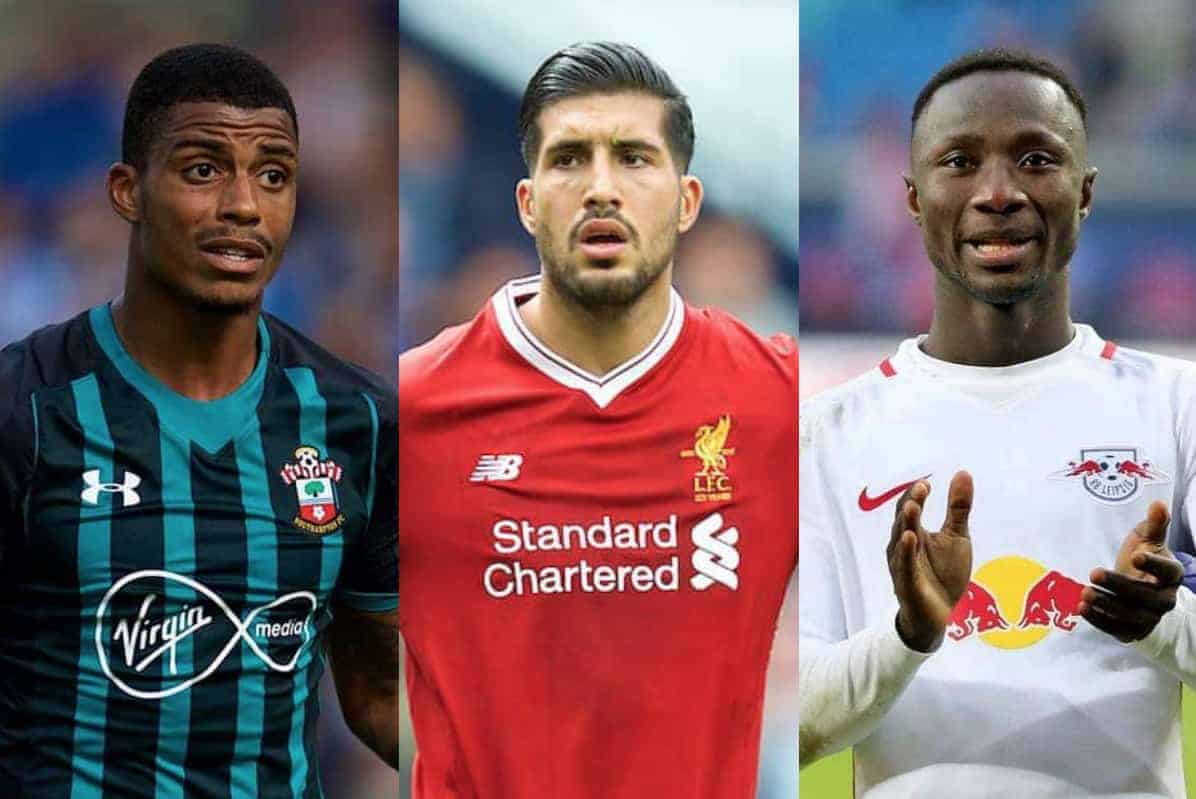 We round up the latest Liverpool FC news and rumours on Thursday, with the Reds touted with a seventh signing from Southampton in just four years.

Liverpool have signed at least one player from Southampton every season since 2014/15, and according to French publication L’Equipe this trend could continue.

They claim Mario Lemina is in Jurgen Klopp‘s “viewfinder,” with a move possible after Arsenal ended their interest.

Lemina only joined the Saints from Juventus in August, for a club-record fee of £18 million, but has quickly proved himself one of the best deep-lying midfielders in the Premier League.

While there will likely backlash is the Reds did firm up their supposed interest Lemina could, as L’Equipe suggest, be an excellent partner for Naby Keita. Uncertainty still looms over Emre Can at Liverpool, with the German yet to agree an extension to a deal that expires in July and it highly likely he departs on a free transfer.

But while there has been no announcement over his future, with Juventus his expected destination, Can is focused on ensuring a positive end to what could be his final campaign at Anfield.

“I think City will be difficult to catch because they have too many points but of course we can be second.”

Can fell back on the old cliche that “each game is like a final,” and pressed on his summer prospects Sky Sports claim he “gave little away” as to a decision.

Liverpool broke the 100-goal tally for the season in last Saturday’s 4-1 win over West Ham, with Sadio Mane, Mohamed Salah and Roberto Firmino all on the scoresheet.

They also all found the back of the net in the 5-0 win over Porto in the previous game, with Mane’s hat-trick marking a stunning return to form.

Praising the goal contributions of the Reds’ on-fire forwards, Alex Oxlade-Chamberlain described the trio as “frightening”:

“It’s frightening. There won’t be too many trios in Europe that can muster up those sorts of numbers,” he told LiverpoolFC.com.

“They’ve been brilliant for us in front of goal, but defensively as well they know their jobs, they work really hard and they’re really good, honest lads and good to be around.

“They’re the type of lads that you really want to see succeed and do well, and you want to do everything you can to help them to achieve their goals and ultimately to help the team achieve all of our goals.”

Keita Expected Back For Key Clash

RB Leipzig were dealt a blow when Naby Keita limped off the field during their 2-1 defeat to Eintracht Frankfurt towards the end of February.

Keita was confirmed to have suffered a hamstring tear, with Leipzig unclear as to his timeline for a return, but now kicker claim he could be back in contention for the weekend.

This is timely, with Leipzig set to take on top-four rivals Borussia Dortmund at the Red Bull Arena on Saturday.

Though he has not hit the heights of last season, Keita has still scored seven goals and laid on two assists in 26 games so far this term, ahead of his £55 million move to Liverpool in July. Neil Critchley‘s Liverpool U23s dropped out of the Premier League International Cup on Wednesday night after a late winner for Porto in Leigh.

But they remain hopeful of silverware in the Premier League Cup, and were drawn away to Middlesbrough in the last 16 of the tournament on Thursday morning.

The finer details of the fixture are yet to be confirmed, but it will be played on the weekend of March 15/16/17/18, as their third game of the month.

Middlesbrough U23s are currently second in Division 2 of Premier League 2, level on points with leaders Aston Villa and third-placed Reading.

They are captained by ex-Liverpool academy centre-back Tom Brewitt, who left on a free transfer last summer.