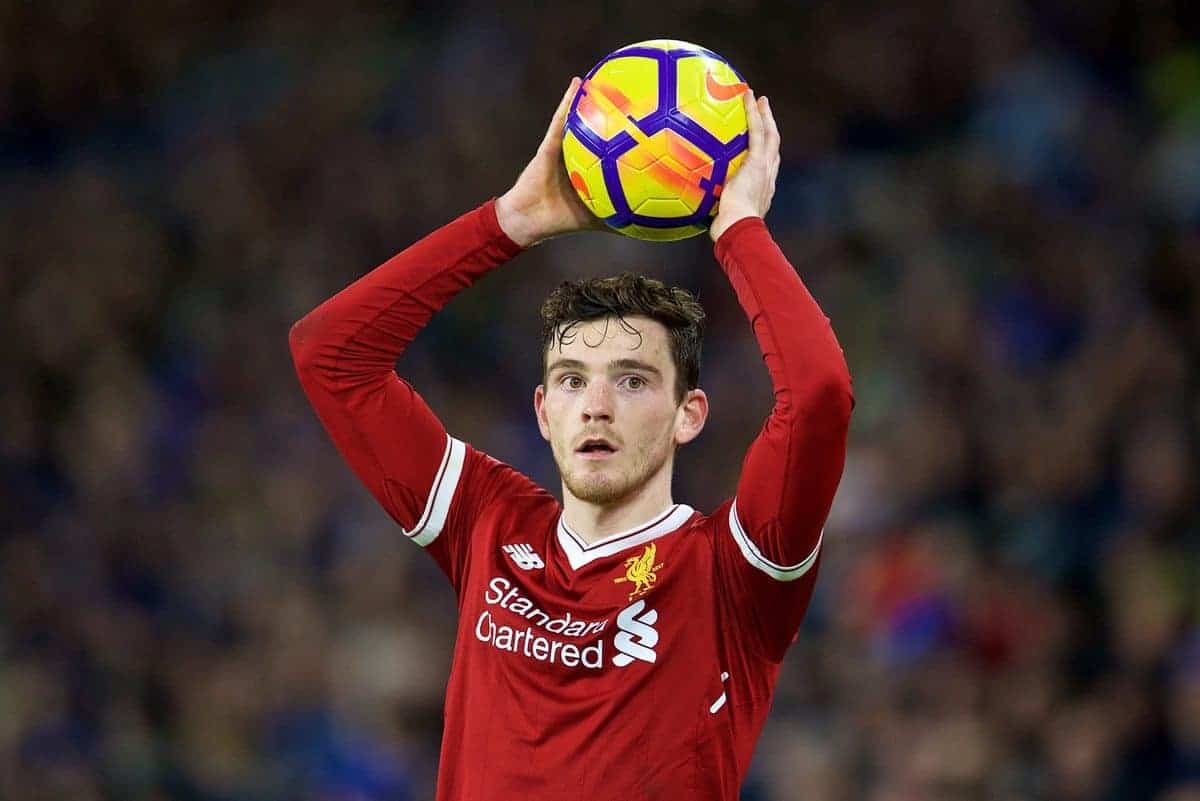 Andy Robertson has explained his approach to the charitable acts that clearly endeared him to Jurgen Klopp ahead of his move to Liverpool.

Robertson made headlines in March when his letter to seven-year-old Alfie Radford, rewarding him for his support of Anfield’s food bank with Roberto Firmino’s match shirt, circulated on Twitter.

“For you to give that up for people who are having a tough time and need some help to get by is absolutely amazing,” he told the youngster.

“Let me tell you now, that is brilliant from you and sets an example to the rest of us that showing a little care and thought for others is really important—it’s also very Liverpool!”

It was a gesture that saw Robertson’s burgeoning reputation on Merseyside enhanced even further, complementing his excellent performances on the pitch.

But in an interview with the Guardian ahead of the Champions League final this week, the left-back dismissed the attention his efforts garnered, insisting it was a natural response:

“It gathered pace [on Twitter] which I didn’t want.

“The food bank is something I’ve always supported because there’s no excuse for anyone to go without food.

“A normal 21st birthday present is a bottle of vodka or champagne and during the season I don’t drink. At the end of the season I have a few beers with my old man.

“So if someone wants to buy me a bottle of vodka I’d rather they donate the £20.” While Robertson is right to shun publicity, as this can detract from its sincerity, this awareness is not often expected of the modern footballer.

Klopp makes a point of meeting every potential signing before sanctioning a deal, explaining in April that he has a “good feeling for people,” and this was certainly the case with Robertson.

The Scotland international also detailed his tough start to life at Anfield, but a point struck upon by him and his new manager in that they “both had to battle for everything” ultimately saw him secure his place.

It is this sensitivity, and the grasp of life outside of football, that has provided Klopp’s side with their backbone, as both Trent Alexander-Arnold and Jordan Henderson highlighted recently. Alexander-Arnold showed this in his experience of the aftermath of the Illapel earthquake in Chile and his gesture to cerebral palsy sufferer Louis Henry during the Reds’ Anfield lap of honour.

And the captain did so in a wide-ranging interview with the Mail, revealing his selfless approach to life as Liverpool captain.

These are but three examples of the virtue of good character, and as Klopp leads his side to Kyiv on Saturday night it could prove pivotal in the pursuit of a sixth European Cup.