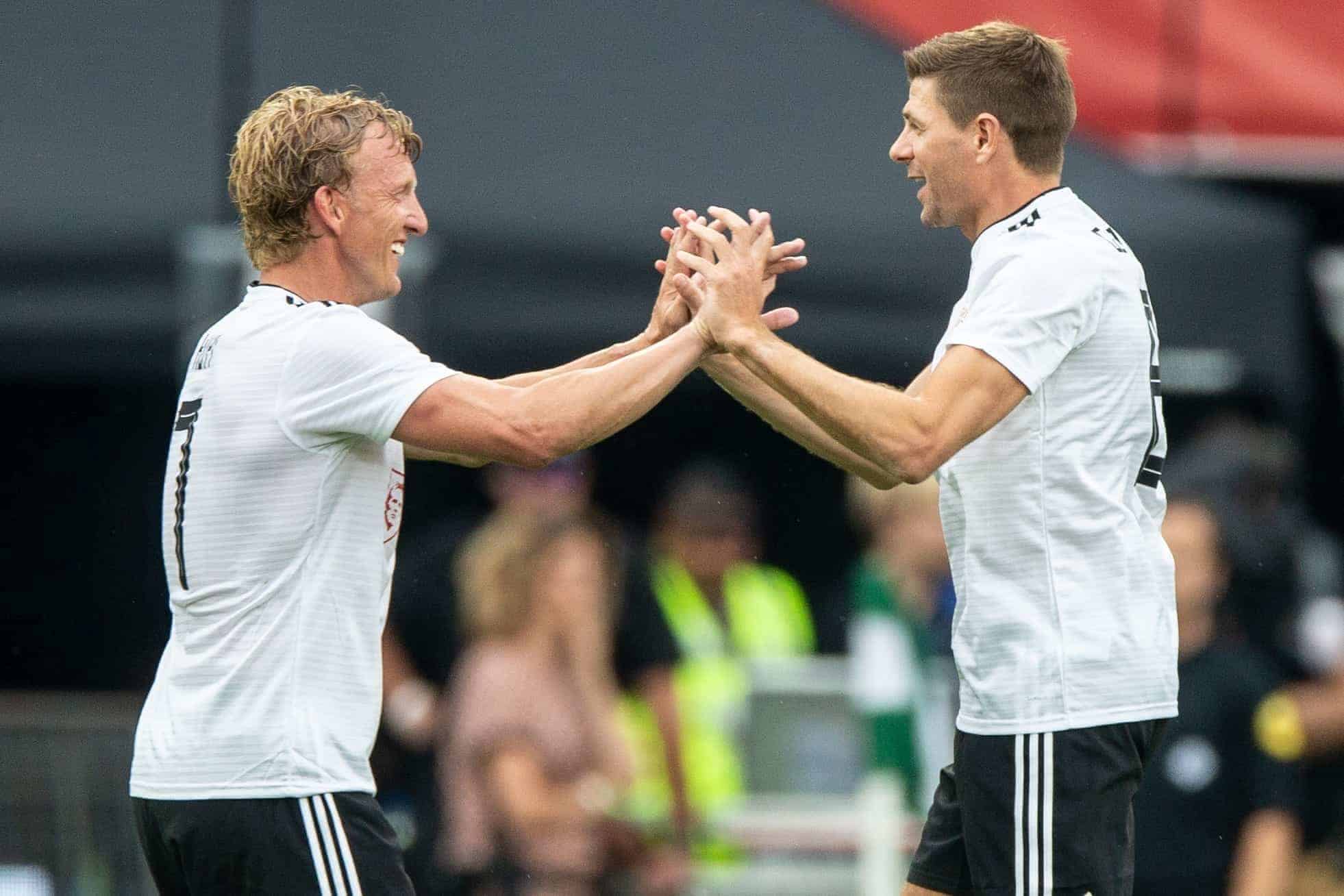 Dirk Kuyt said farewell to football at the highest level and a host of former Reds were at his testimonial match on Sunday.

Dutch forward Kuyt played for Liverpool between 2006 and 2012, winning the League Cup before his departure and finishing as runner-up in the Premier League and Champions League along the way.

Also playing for Utrecht, Feyenoord and Fenerbahce during his career, Kuyt was always a pivotal member of his teams and was known for his selflessness, work rate and penchant for crucial goals.

Now aged 37, Kuyt has called time on his magnificent career and the high regard in which he is held in the game was evident with the players on show in his testimonial.

There were plenty of ex-Reds who appeared at the game, including Steven Gerrard who made his way to Rotterdam before embarking on his new job at Rangers.

Kuyt was typically appreciative of his former captain, hailing Gerrard as the greatest.

“He’s quite simply the best player I have ever played with in my career,” the former forward said.

In turn, Gerrard praised the qualities of Kuyt, for which he became a fan favourite at Anfield.

“I loved playing with him, he was a player who always worked hard, a real professional, and also of the most amazing men in the dressing room.

“So he deserves this day and this opportunity and I think it has been a perfect day for him.

On our way to @Kuyt testimonial in Rotterdam !! #LFC #YNWA pic.twitter.com/kJf9SzMIvH

There were stellar coaches involved too, with Ruud Gullit, Louis van Gaal and Ronald Koeman all present.

Fittingly, it was Kuyt himself who brought the house down with the final kick of the game, netting a last-minute penalty.

Kuyt left Liverpool with a record of 71 goals in 285 games, and scored 24 in 104 caps for the Dutch national team.