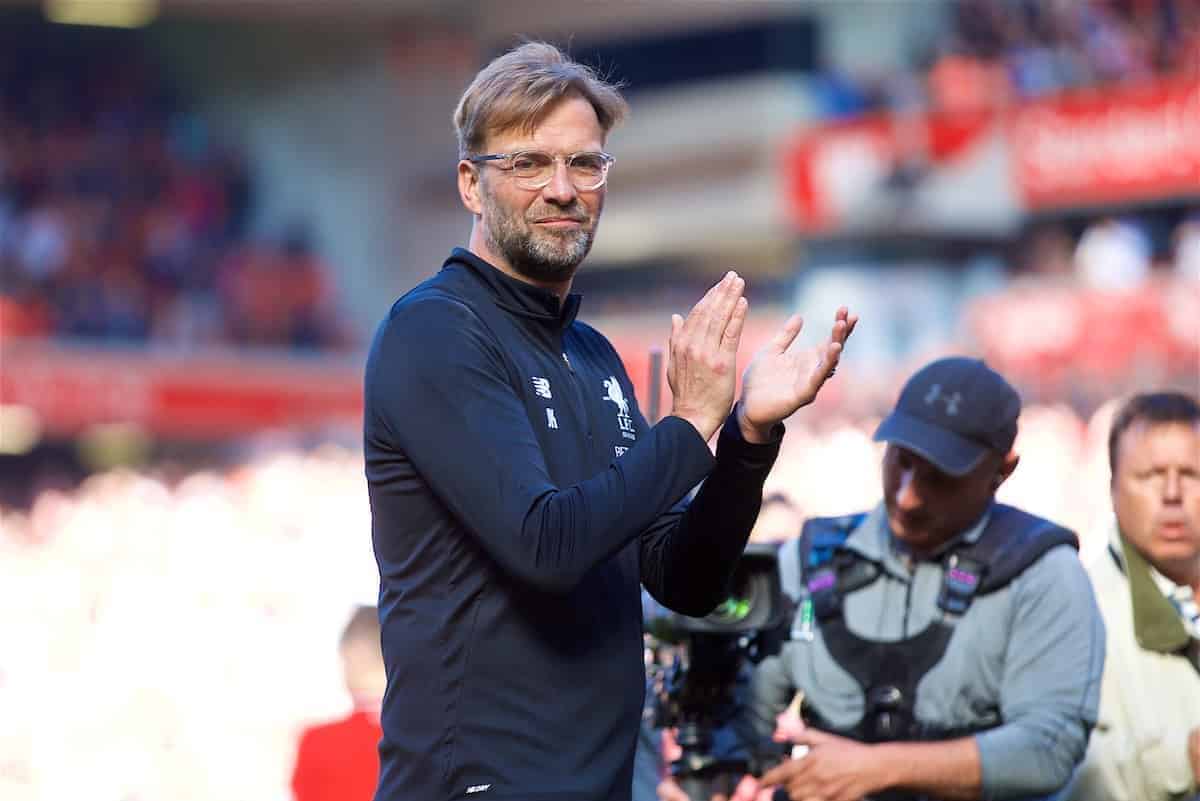 Liverpool manager Jurgen Klopp hailed the perfect end to the season as they secured a top-four spot with a 4-0 victory over Brighton which sets them up for the Champions League final in a fortnight.

Mohamed Salah broke the record for a 38-game Premier League season with his 32nd in the top flight – and 44th overall – and after Dejan Lovren doubled the lead just before half-time, Dominic Solanke and Andy Robertson scored their first goals for the club.

After three matches without a win it was the best way to sign off a domestic campaign with a confidence-booster ahead of their date with destiny and holders Real Madrid in Kiev at the end of the month.

“We showed the kind of football we couldn’t show the last few games. The boys are humans, not machines, and we had a lot of injury problems.

“The group of players involved today have to do the job all the time, flying in Europe, playing Everton, West Brom, Stoke, Chelsea – it is really hard.

“I am so happy for the boys because they showed up. Having a game like this is really nice.

“We could have scored more but I am really happy we didn’t because Brighton would not have deserved that.”

Liverpool needed only a draw to secure back-to-back Champions League seasons but Chelsea’s defeat at Newcastle meant it was academic any way.

“After it was 3-0 (in the 53rd minute) it was the first minutes in the season I could enjoy,” Klopp added.

“Somebody told me it is 3-0 at Newcastle and it is done. Even I knew we were in the Champions League.

“It’s a fantastic achievement of the boys. A few outstanding performances. Last year everyone said we went to the Champions League because we didn’t have European football.

“It is for us the next step. I am really happy and proud for the boys.“

Brighton boss Chris Hughton, whose side have finished 15th, said: “It’s been a tough week for us and I think probably that showed.

“We flew up to Manchester City (where they lost 3-1) during the week and had a very difficult game, and to come and do it again a few days later I think maybe took its toll a little bit.

“We would have taken it (their final position). It’s difficult emotions because it’s not been a good week for us.

“We have a group of players who will be thinking that hopefully we can come here next season and be in a position to give a better account of ourselves.”