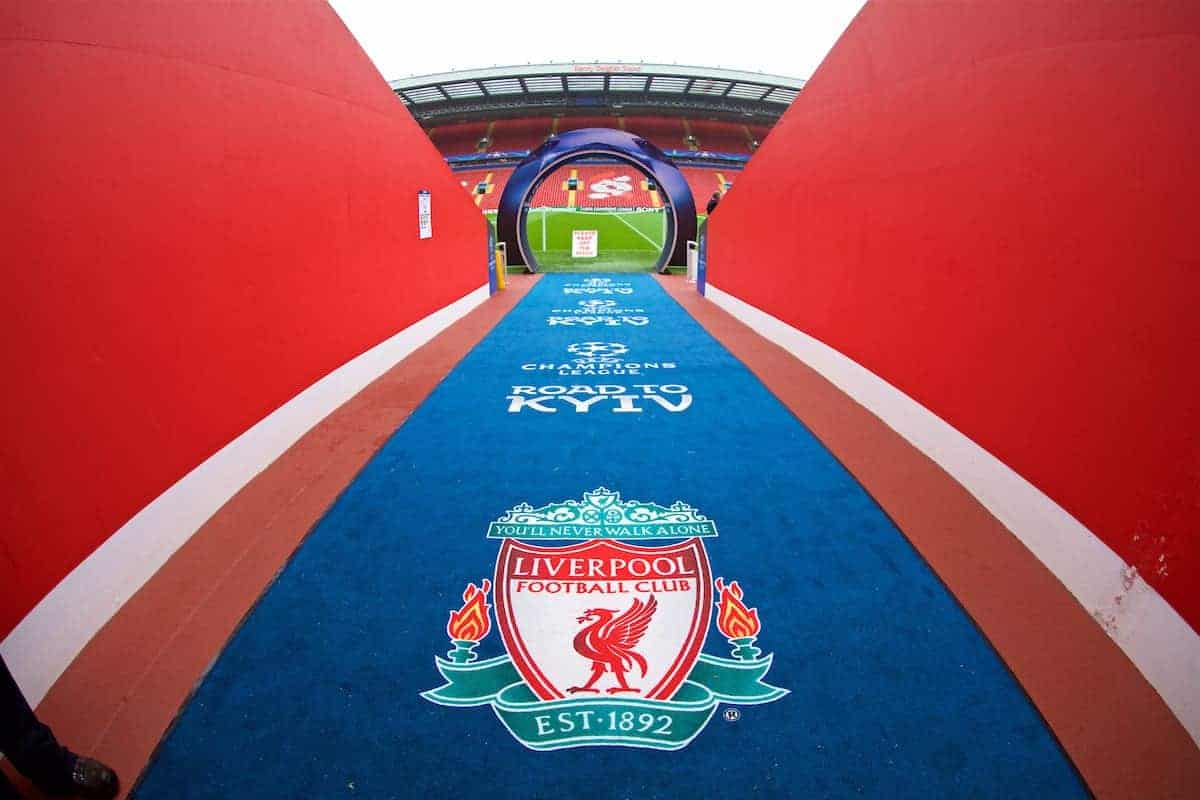 Liverpool have been allocated just 16,626 tickets for the final of the UEFA Champions League in Kiev on May 26.

Supporters hoping to follow the Reds all the way to the final face another anxious wait to see if they can claim a ticket, with just 23.7 per cent of the total stadium capacity going to Liverpool fans.

Of that figure, just 63 per cent will be filled by fans of the two finalists—Liverpool and Real Madrid—with the remainder going to the UEFA ‘family’ including hospitality, commercial partners, media and former players.

Ticket prices will be split across four categories:

Restricted view tickets are available in each category band, with a slightly reduced cost. There are no tickets specifically priced for children.

Liverpool fans who attended seven Champions League fixtures this season will be guaranteed a ticket, provided they purchase tickets during an allotted period, while those who went to six games must enter a ballot.

Priority Rights Holders will be able to buy their tickets online from 8.15am on Wednesday May 9.

The window for season ticket holders, official members and fan card holders is 8.15am on Thursday May 10 until 8am on Friday May 11.

To register for the ballot, memberships must have been purchased before Wednesday May 2.

Those who are successful in the ballot will be able to buy tickets from 8.15am on Monday May 14 until 8am on Tuesday May 15.

For those unable to get a ticket, Liverpool will be holding a live screening at Anfield.

Two years ago, Liverpool received an allocation of just 10,000 tickets for the Europa League final against Sevilla in Switzerland.