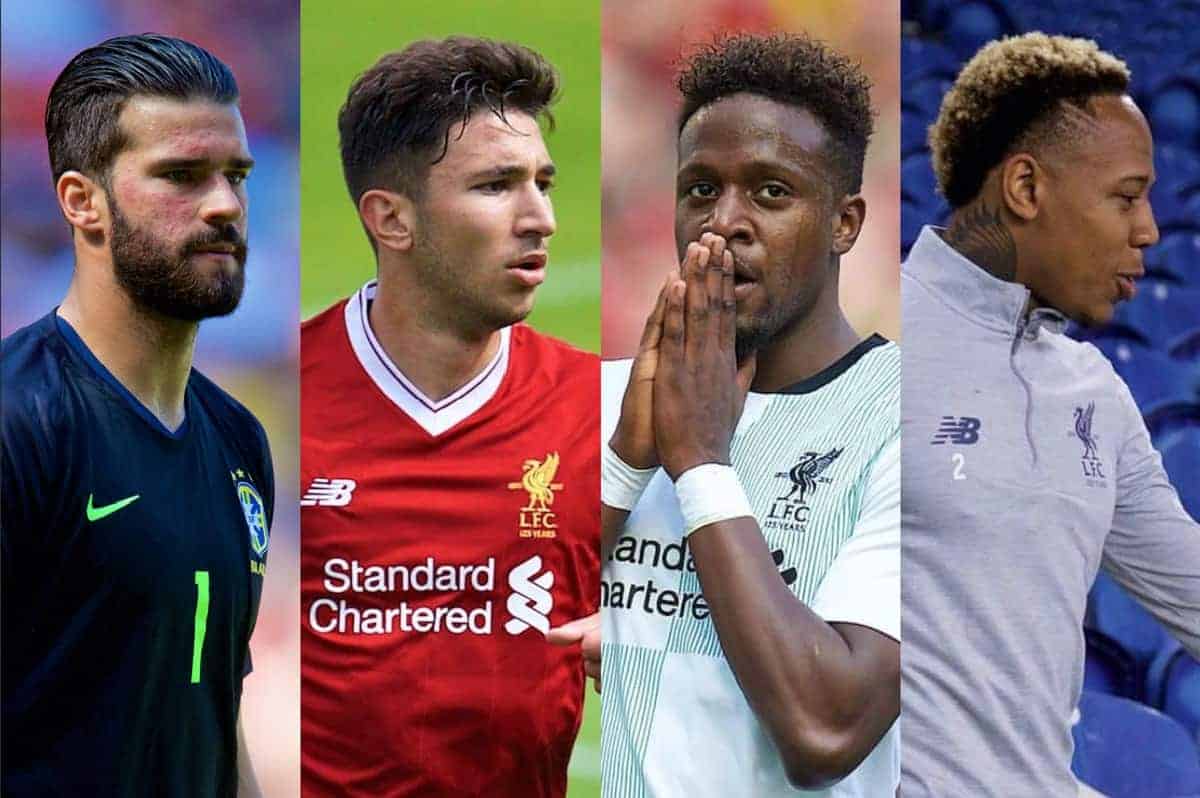 The start of the World Cup may be just two days away, but that hasn’t stopped another stream of Liverpool FC news from emerging on Tuesday.

Ever since Loris Karius‘ disastrous showing in Kyiv, the calls for Liverpool to bring in Roma’s world-class goalkeeper Alisson have been deafening.

The Reds have been hotly tipped to make a move for Brazil’s No. 1, but it now appears as though a move is petering out.

According to Ian Doyle of the Liverpool Echo the Reds “will continue to consider their goalkeeper options with Alisson‘s future expected to lie elsewhere.”

Real Madrid now appear to be favourites for the 25-year-old’s signature, with the European champions keen to upgrade on Keylor Navas.

A new goalkeeper is definitely required for Liverpool next season, but only if he is a seismic improvement on the under-fire Karius.

Alisson and Atletico Madrid’s Jan Oblak both fit the bill as top-class replacements and the hope is that one will be between the sticks come August.

Should neither arrive, there is every chance Jurgen Klopp keeps his faith in Karius, which could make for an interesting reaction among Reds supporters.

Is Grujic Headed to Serie A?

Marko Grujic‘s Liverpool career hasn’t been a success, with injuries and a lack of first-team opportunities reducing him to just 14 appearances over two seasons.

Having spent the second half of 2017/18 on loan at Cardiff City, the young Serb will continue to struggle for playing time at Anfield.

The respective arrivals of Naby Keita and Fabinho, as well as Jordan Henderson, Gini Wijnaldum, James Milner and Alex Oxlade-Chamberlain representing better options, have put paid to that.

According to the Mirror, Grujic has caught the attention of Lazio, with £5 million said to be enough to bring him to Stadio Olimpico.

Klopp is seemingly willing to sell the 22-year-old and Il Tempo claim the player has already spoken with Lazio boss Simone Inzaghi.

It would be a move that suits all parties, even though there is undoubted promise in Grujic’s boots.

Much like Grujic, Divock Origi has not stuttered at Liverpool, and found himself on loan at Wolfsburg last season.

The Belgian striker struggled during his time in Germany, scoring just six times in 34 appearances, and a permanent move elsewhere feels likely this summer.

Klopp was happy to move him on last year and there is little to suggest the Liverpool manager will change his plans, with superior backup options needed in attack.

Origi has praised the German’s managerial qualities, however, hinting that a Reds stay will be most beneficial to his progress.

“I have worked under several coaches and wish to appreciate each one of them,” Origi told Nigeria’s NTV.

“Jurgen Klopp though has helped me improve, he knows how to push you into performing, he knows exactly what should happen.”

Still only 23, there is an argument that Origi has plenty of improving still to do, but there is a feeling his ship has sailed at Liverpool. Nathaniel Clyne‘s season was ruined by a long-term back injury which limited him to just five appearances.

The emergence of Trent Alexander-Arnold and Joe Gomez saw his stock fall further and he now has a job on his hands becoming a Klopp regular again.

The arrival of Fabinho has added further competition, with the Brazilian capable of slotting in at right-back, as well as his customary midfield role.

Clyne is fully aware of this but admits he is looking forward to the battle for places.

“He looks like a good signing. He can play central midfield and do a job at right-back,” Clyne told the Express.

“It gives us more competition, which every team needs, it’s healthy.” The collapse of Nabil Fekir’s move to Liverpool has been a major talking point in recent days, with many offering their opinion on the matter.

The Frenchman’s suspect knee appears to be the main reason the transfer never went through, following injury problems in the past.

“I don’t know if Liverpool had all the information about his previous injury, I’m sure they might have suspected because he was out for a few months.

“Nobody really tells you too much about your medical history if they don’t want you to know. It’s like buying a used car. If you’re buying a used car, they might not tell you everything that’s wrong with that car. That’s in all industries.

“I would applaud the medical staff for making such a call. They looked at the risk and they weren’t happy with what they saw. For fans, it’s easy to spend somebody else’s money.

“But if you bought the player and then he broke down then there would be questions about why their club bought that player.”

Frustrating though it may be to miss out on such a highly thought-of talent, signing an injury-prone player is never a good idea and can end up being a disaster. Liverpool have officially announced the appointment of their new Ladies manager ahead of the 2018/19 season, with Neil Redfearn taking the reins.

The former Barnsley striker has replaced Scott Rogers in the role after a successful stint with Doncaster Rovers Belles, and he spoke of his pride at taking charge:

“It is a massive privilege and real honour for me to have been appointed as manager of Liverpool Ladies.

“It is a team with big potential which should be challenging for trophies on a regular basis.

“Liverpool Football Club is a huge club and I have every confidence that we will be competing at the top end of the Women’s Super League this season. I am over the moon to have been given this opportunity and cannot wait to get started.”

Meanwhile, Liverpool Ladies have confirmed Alex Greenwood, Martha Harris and Amy Turner have all left the club on the expiry of their contracts.