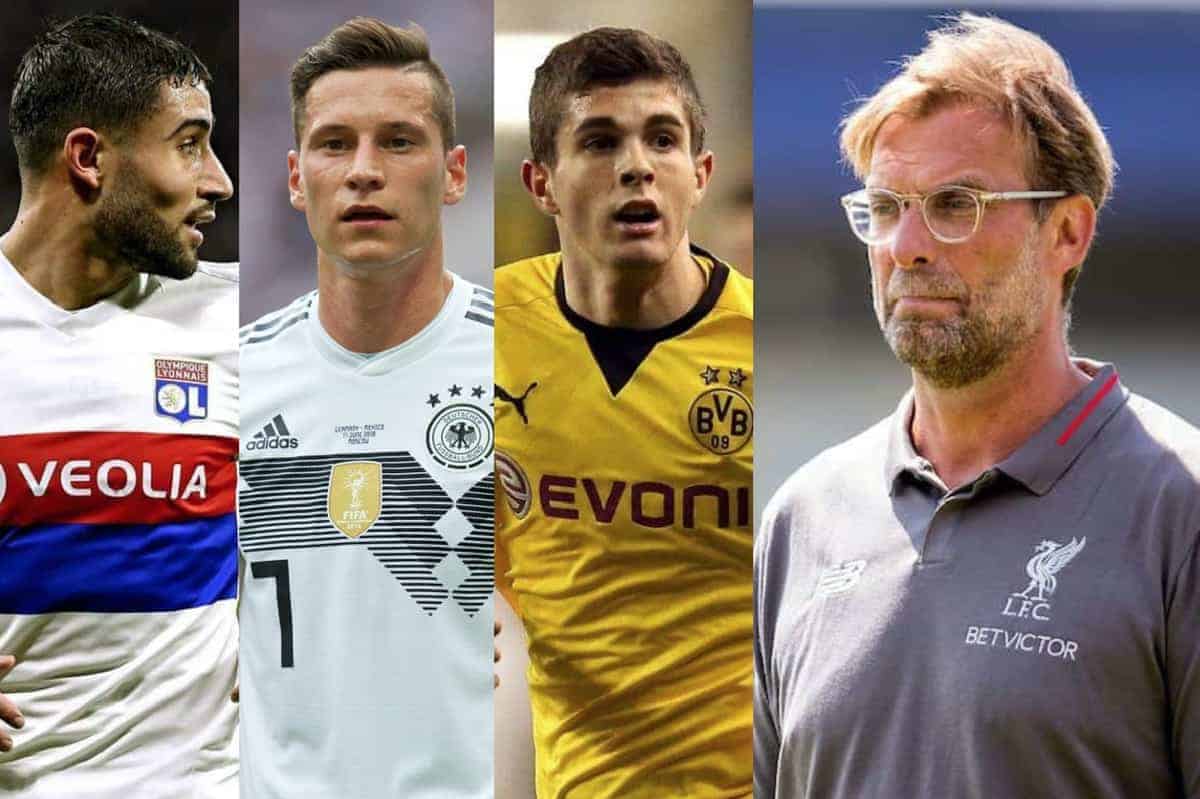 Liverpool’s priority in the transfer market is a replacement for Philippe Coutinho, with options on Jurgen Klopp‘s radar from now and in the past.

The Reds have already acquired the signings of Naby Keita, Fabinho and Xherdan Shaqiri this summer, with Klopp setting his sights on two further additions.

Securing a new No. 1 goalkeeper is proving to be a difficult operation as deals for Roma’s Alisson and Atletico Madrid’s Jan Oblak would require a considerable outlay.

Goal‘s Neil Jones has since speculated on the possibilities for Liverpool’s recruitment staff between now and August 9, and with the World Cup now over movement can be expected.

Here we assess the five most high-profile candidates to have emerged during Klopp’s reign.

If proceedings had run more smoothly back in June, Fekir would already be a Liverpool player; his LFCTV interview would have been pored over, and his No. 10 shirt ordered in droves.

But complications with the attacker’s medical—or negotiations with Lyon, depending on the angle taken—saw Fekir join the France squad for the World Cup without sealing his £48.4 million move.

Speculation has continued over a possible revival in talks with the Ligue 1 side, and if Klopp and his backroom staff are still willing to pursue a deal he represents the best possible fit.

Triumph in the final in Russia could now see progress, and with Fekir’s flexibility, quality on and off the ball and eye for goal, he would be the ideal signing for the Reds. 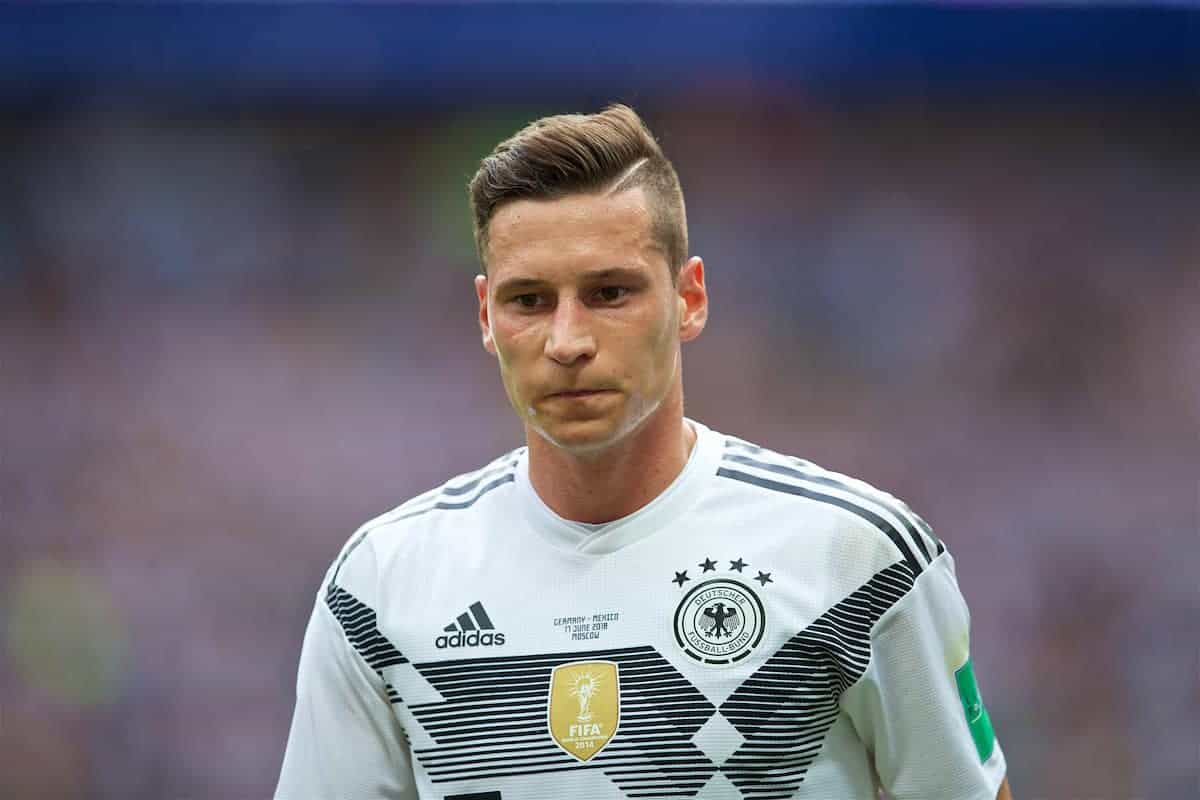 Draxler was a target for the Reds at the beginning of 2017, with injury to Sadio Mane prompting Klopp to seek reinforcements in attack.

He eventually left Wolfsburg for Paris, and later told BBC World Service that his move was not “just for the money,” despite suggestions to the contrary, and insisted “PSG is the best club for me.”

This has proved to be a contentious claim, with Draxler starting just 48 of his 72 appearances for the Ligue 1 side so far, dividing his time between the left flank, central midfield and the bench.

His future rests largely on the judgment of incoming manager Thomas Tuchel, but if he finds himself out of favour it could be that Klopp’s interest is piqued once again.

Havertz was initially tipped as a Liverpool target towards the end of 2017, when scouts saw the young midfielder score four goals in the Germany U19s’ 5-1 victory over Belarus.

He was then rumoured to have visited Melwood, meeting Klopp, Coutinho and Steven Gerrard as the club sought to convince Havertz his future was on Merseyside.

No move materialised, but the youngster has continued to make progress with Leverkusen, scoring three and assisting nine in 30 games in the Bundesliga last season—and he was ranked No. 6 FourFourTwo‘s Best Teenagers in the World list for 2017.

Havertz has the versatility, physicality, creativity and productivity required to fill Coutinho’s boots, though whether he has enough experience to arrive as first choice is unclear.

Speaking towards the end of 2017/18, German journalist Rafa Honigstein claimed Klopp had pushed for a deal to sign Brandt last summer, but was convinced to pursue Mohamed Salah instead.

Salah’s record-breaking debut campaign has highlighted this as a triumph for sporting director Michael Edwards and the club’s recruitment staff, but the two players are hardly comparable.

Instead, Brandt would arguably be more suited to taking up an advanced role in Klopp’s midfield than out wide, and if this is the case he would be an interesting alternative to Fekir.

Having signed a new three-year contract with Leverkusen in April it seems unlikely he would move this window—though, given his previous release clause of just £11 million, this could have been a case of asset protection.

Klopp presided over Pulisic’s first training session with the Dortmund first team back in 2015, describing the teenager as “a great footballer,” but had left before he made his senior debut.

The manager remained a big admirer, however, and has been regularly linked with a move for the United States international, with Liverpool offering £11 million back in 2016.

His price tag is now considerably higher, and Pulisic has established himself as a key figure at the Westfalenstadion, scoring five and assisting seven in 42 games last season, of which 35 were starts.

Capable of playing on either wing, and covering in a central role, Pulisic could eventually slot in at the tip of Klopp’s midfield, but whether that would be worth the outlay is debatable.