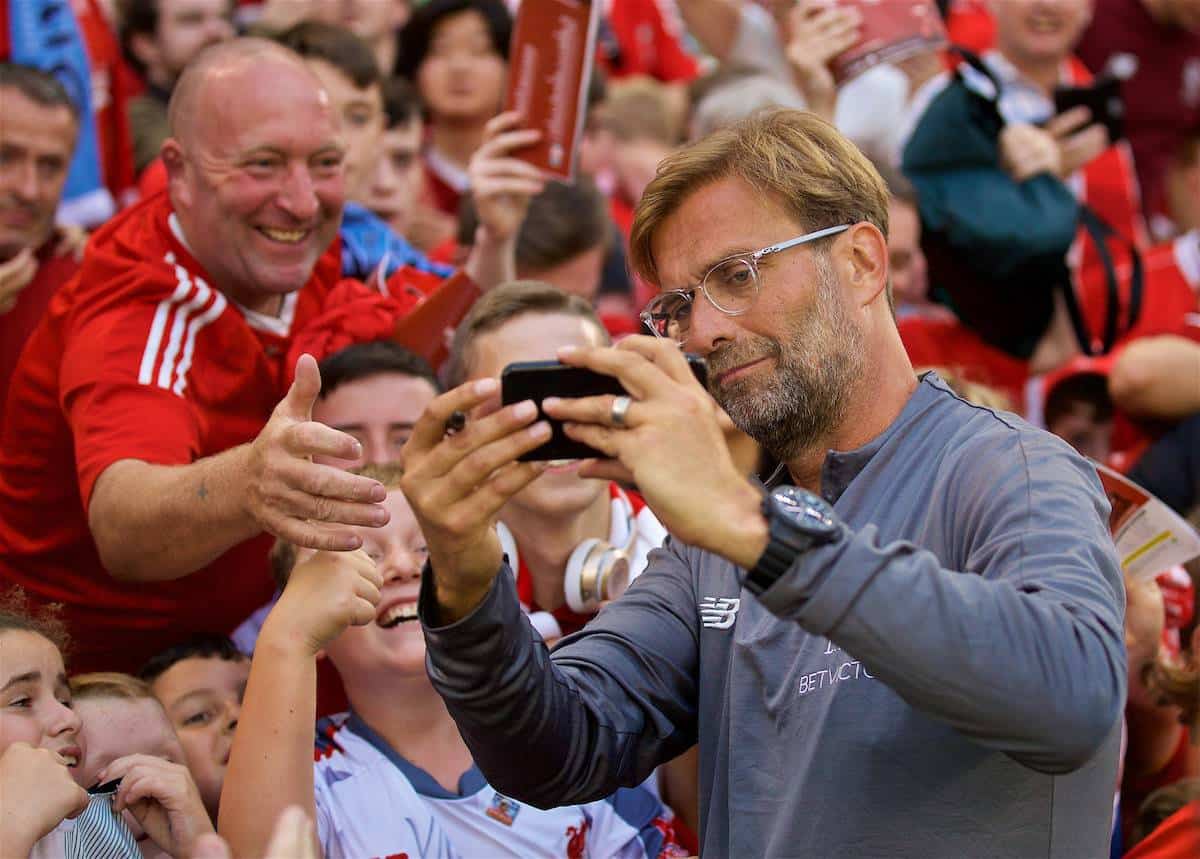 Jurgen Klopp has expressed his fondness for Liverpool’s fan media, explaining that he enjoys it because he “loves watching people who have that passion.”

Coverage of the Reds is hugely impressive over a wide range of mediums, including video, podcasts and writing, providing a sense of the magnitude of the club’s support.

This has been amplified since the appointment of Klopp back in 2015, with the manager restoring spirit to Anfield when expectations had dropped.

After leading Liverpool to finals in the Champions League, Europa League and League Cup, and aiming for a title challenge in 2018/19 after back-to-back top-four finishes, Klopp is universally cherished.

Clearly, the feeling is reciprocal, with Klopp explaining to The Redmen TV’s Paul Machin, in an interview during the pre-season tour of the United States, why he watches fans’ videos.

“I’m not interested in the opinions of people who don’t care about us,” he said.

“But I like to have a sense for the club. It started a little bit after the Dortmund game [in 2016], when I saw these videos of how people celebrated—my son told me ‘you have to see that’.

“They’re completely going nuts in their living rooms, jumping around, throwing the kids away, when Dejan scored the fourth goal.

“That was when it started. I wanted to understand a bit—and I learned Scouse as well, watching you!”

Klopp’s energetic presence on the touchline has reverberated around the club’s support, at Anfield, in pubs and, as he says, in living rooms.

But his attachment to fan media is as much research as it is entertainment, as he looks to harness Liverpool’s storied history.

“I don’t want to act like I have the same passion for the club as you. I have a lot, but not the same,” he added.

“But I love watching people who have exactly that passion.

“There are a lot of reasons to love that club, and I want to know more about why and who.”