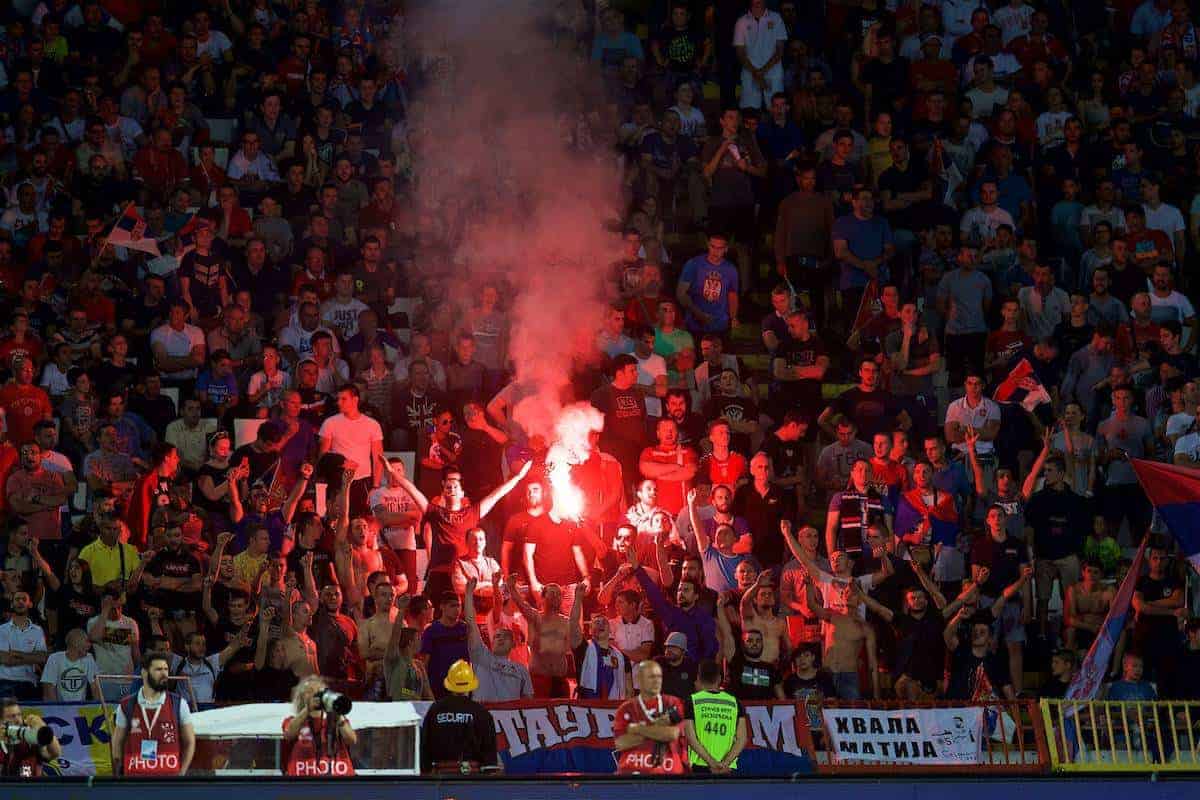 Liverpool’s Anfield factor will be magnified for next month’s clash with Red Star Belgrade in the Champions League, after UEFA sanctioned the Serbian side.

The Reds take on the Zvezda in their third Group C outing on October 24, for a first meeting with the SuperLiga club since 1973.

Red Star are back in the group stage of the European Cup for the first time in 26 years, and their supporters marked this with a frenzied pitch invasion when they beat Red Bull Salzburg on away goals in August.

While this highlighted the significance of their return to Europe’s top tier, it has earned Red Star a major punishment from UEFA.

As per their Control, Ethics and Disciplinary Body, no Red Star supporters will be permitted for their trips to Liverpool and Paris Saint-Germain.

This is, of course, a huge blow to their supporters, especially as the club are appearing in the Champions League for the first time since 1992.

The influence of the Anfield atmosphere was underlined in last season’s run to the final, and with no opposition in the stands this should be heightened in October.

Red Star already head into Group C as favourites to finish bottom, with PSG, Liverpool and Napoli expected to vie for progress to the last 16.

It’s worth noting though, that last month they saw a stadium ban for their opening home game against Napoli overturned by UEFA following an appeal and it’s likely they will appeal this decision.

Jurgen Klopp‘s side will kick off their latest European run at home to PSG on September 18, with the current table-toppers of the Premier League and Ligue 1 set for a fierce encounter.

Speaking after the group stage draw, Klopp stressed that Liverpool would not underestimate any of their opponents.

But in assessing the challenge of Red Star, he attested to the “very, very intense atmosphere” their supporters produce, and this will be evidently be missing for the first of their two clashes.

Liverpool play the Belgrade outfit in back-to-back games in the Champions League, though, and will head to the Rajko Mitic Stadium on November 6, when their UEFA ban will have been lifted.