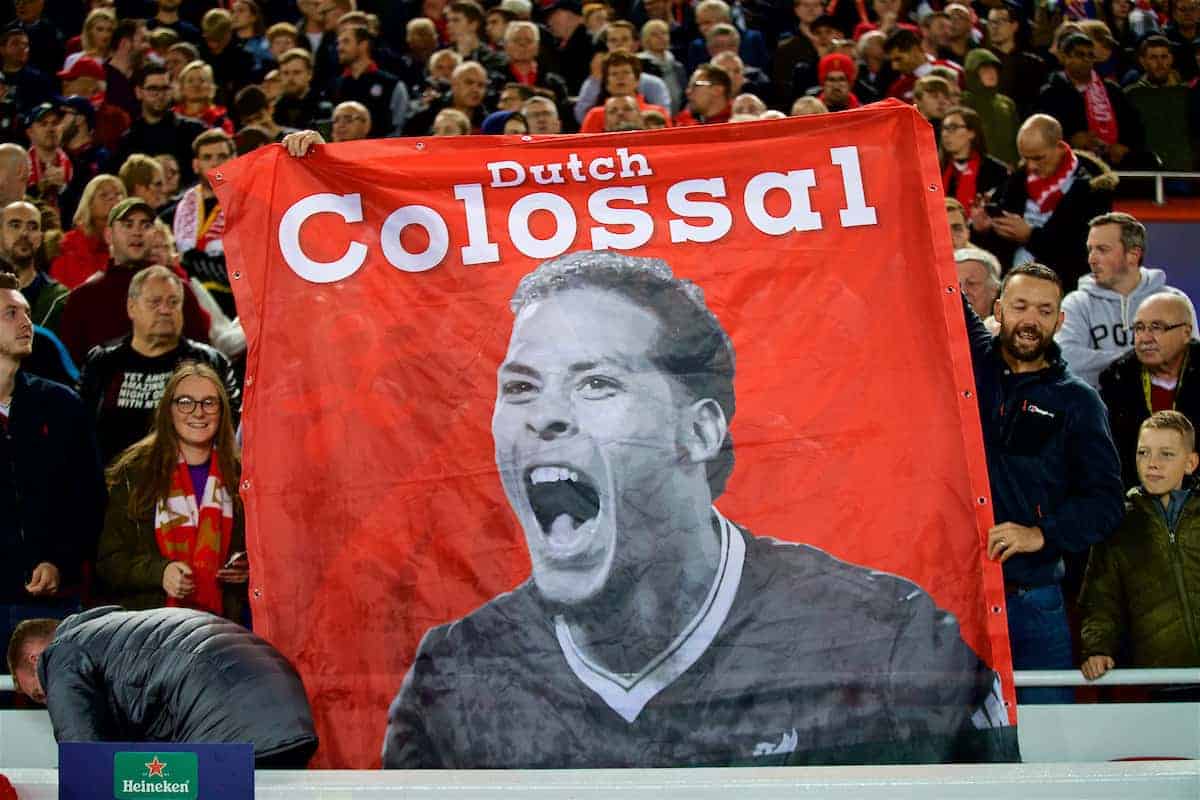 Virgil van Dijk is already a Liverpool favourite and he now has a potentially legendary song to match his popularity.

The impact that Van Dijk has made since joining from Southampton has been remarkable, with the £75 million paid for the Dutchman now looking like a steal.

He has helped to transform a leaky defence and turn it into one of the best in Europe this season.

Van Dijk is arguably Liverpool’s most important player and his performances will be key to Jurgen Klopp‘s side mounting a Premier League title challenge.

Reds supporters are famed for their songs and they may just have created a new classic, with Van Dijk the inspiration behind it.

A video uploaded by long-time Anfield match-goer Paul Ellis has emerged after Saturday’s 4-1 win over Cardiff City, in which a pub full of Liverpool fans belt out their new favourite.

Sung to the tune of ‘Dirty Old Town’ by The Pogues, a band famed for their Christmas classic ‘Fairytale of New York’, the newly-altered lyrics read:

“He’s our centre-half, he’s our number four, watch him defend and we watch him score.

It has an instantly catchy feel to it and it is easy to envisage it being sung around Anfield and on away days throughout the season.

It could be this season’s “Allez, Allez, Allez” – a tune that became synonymous with last season’s thrilling road to Kyiv.