The Premier League returns for yet more fun this weekend, as Liverpool look to claim the Christmas Number One spot.

The Reds completed a tough run of matches with a gripping 3-1 win over rivals Man United last Sunday, on a Xherdan Shaqiri-inspired afternoon at Anfield.

The testing fixtures keep on coming, though, with seventh-place Wolves confident of springing a shock at Molineux on Friday night.

This Liverpool side are looking increasingly special, however, with Jurgen Klopp‘s men enjoying the fourth-best start ever by an English side after 17 games.

Away from Friday’s match, there are nine other important games at both ends of the table—here’s a look at what is on offer.

Arsenal‘s 22-game unbeaten run came to an end last weekend, as Southampton stunned them with a 3-2 win at St Mary’s.

As a side note, Danny Ings got two of the goals, which was great to see!

The Gunners will be expecting to respond when Burnley visit the Emirates on Saturday, with Sean Dyche’s side in all sorts of bother near the bottom.

They are now genuine relegation candidates and their mood won’t improve on Saturday.

There’s a south coast derby to look forward to on Saturday afternoon, with Bournemouth entertaining Brighton.

The Cherries have suffered a dip in form of late, losing six of their last seven league games—albeit with four of those coming against Liverpool, Man City, Man United and Arsenal.

They will be desperate to get back to winning ways when Brighton make the short trip, but Chris Hughton’s side can go one point clear of their opponents with victory.

Bournemouth will probably nick it, thanks mainly to home advantage, but an away win would be truly alarming for Eddie Howe. 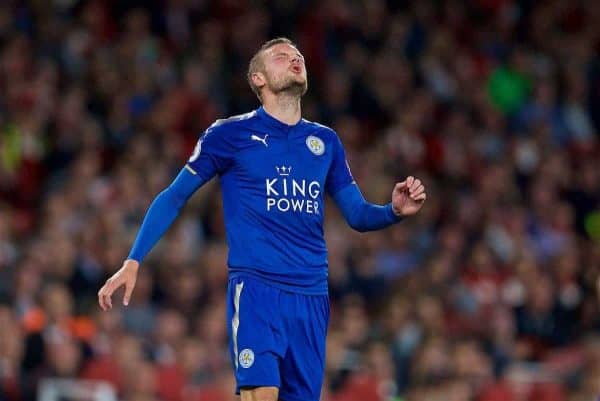 Chelsea have recovered well from their surprise defeat at Wolves earlier in the month, beating City and winning away to Brighton.

The Blues still look good for a top-four finish this season and they should secure a solid win at home to Leicester this weekend.

The Foxes are neither relegation-threatened or pushing to finish in the European places, leaving a mid-table slot looking likely.

Two of the Premier League‘s bottom four clubs meet at the John Smith’s Stadium, as Huddersfield look for precious points against Southampton.

Southampton, meanwhile, will be buoyed by their superb win over Arsenal, as Ralph Hasenhuttl’s tenure kicked into gear.

It is difficult to predict, which means one thing: probable draw.

Liverpool must be such a pain in City’s backside, considering the champions continue to win almost every week…yet find themselves second in the table.

Pep Guardiola’s team do remain the odds-on favourites to win the title, however, and it is almost impossible to see them slipping up on Saturday.

City welcome Crystal Palace to the Etihad and, given the hosts’ attacking firepower and Roy Hodgson’s likely negative approach, it will merely be a matter of time right from kick-off until the first goal.

Just imagine if Hodgson did his former club a huge favour—Christmas would have come early!

Rafa Benitez is doing a wonderful job at Newcastle, when taking into account the off-field issues and lack of money to spend.

The ex-Liverpool favourite has taken his side four points away from the relegation zone, with four victories in their last seven outings.

Benitez will feel three points are there for the taking on Saturday, as a Fulham side still leaking goals head to St James’ Park.

Fulham prop up the other 19 teams and that will remain the case on Sunday evening.

West Ham and Watford meet in a potentially entertaining affair at the London Stadium.

Both teams will have European aspirations this season—they sit ninth and 10th respectively—with just two points separating the pair and sixth-place United.

West Ham have recovered well under Manuel Pellegrini after a dreadful start, while Watford got back to winning ways at home to Cardiff last weekend.

There should be plenty of chances and we could see a few goals.

So, Jose Mourinho’s gone—that was fun while it lasted!

But Liverpool delivered the knockout blow last Sunday and now a new era now begins at Old Trafford, with Ole Gunnar Solskjaer set to take over as caretaker manager until the summer.

United head to Cardiff on Sunday looking to somehow make up some ground in the top-four battle—they are 11 points adrift of Chelsea—but they are still a mediocre team that needs lots of work done.

Neil Warnock will be sensing a bit of a shock, if it’s even classified as that at the moment, but the United players may give a big response after last weekend’s humiliation.

The final Premier League fixture before Christmas looks an appetising one on paper, with Everton and Tottenham locking horns at Goodison Park.

Divock Origi‘s memorable late winner at Anfield seems to have stopped Everton in their tracks, with no wins in their three matches since.

They will have their work cut out against a Spurs outfit only six points behind Liverpool after three successive wins.

A draw looks about right—it would be Spurs’ first of the season.